Change Me, Transform Me

One frequent reason why high-quality films are chosen as Best Picture finalists is because of the resonance and universality of their themes. And the themes that always seem to register more than others are contained in personal journey movies about growth, redemption and transformation. They say something with a measure of eloquence that people recognize as fundamentally true based on their own life experience, and if they don’t jerk the audience around with too much shallow diversion or emotional manipulation, they tend to shine through — even if they end sadly or tragically.

You will see change/grow/transform themes lurking within most Best Picture winners or nominees going back to the ’50s, at least. Not with every last contender, of course, but they turn up a lot.
Based on this criteria, four of the 2008 Best Picture finalists — the ones with the strongest personal-journey elements involving redemption, truth-seeking, transformation — are going to be Milk, Gran Torino, The Wrestler and The Curious Case of Benjamin Button. And there’s an even-handed chance that another redemption movie, Joe Wright‘s The Soloist, may become the fifth.
Clint Eastwood‘s Gran Torino (Warner Bros., 12.25) may be one his lesser efforts — who knows? — but it he’s got game the theme of a snarly blue-collar racist, a Korean War bet named Kowalski (Eastwood), trying to “reform” his neighbor, a Hmong teenager who tried to steal Kowalski’s ’72 Gran Torino — is right out of the change-redemption playbook. Add to this my suspicion that Kowalski will need as much (if not more) reforming as the kid does, and you’ve really got the elements in play. Especially if the film is rendered in Eastwood’s usual no-frills style and if Nick Schenk‘s screenplay works on its own terms. Added element: this will probably be Eastwood’s last performance, at least in one of his own films.
Darren Aronofsky‘s The Wrestler (Fox Searchlight, 12.19) is about a downscale guy who’s screwed his life up so badly that he only has one way to go, and that’s toward facing himself and his mistakes and somehow fighting and climbing and building his way out of that. Fits the journey-of-redemption model to a T. Not to mention the real-life resonance of Mickey Rourke‘s life mirroring that of the wrestler character he plays.
David Fincher‘s Button (Paramount, 12.25), of course, is all about the journey, of course, only backwards. It really can’t miss unless people decide that Brad Pitt‘s journey isn’t sufficiently transformational or redemptive. 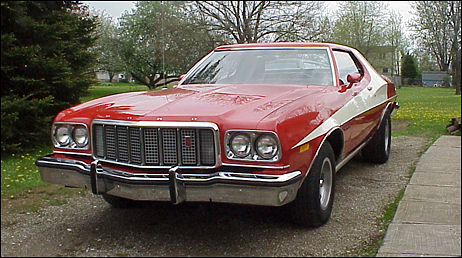 Gus Van Sant‘s fact-based Milk (Focus Features, 12.5) is about a geeky gay guy from Long Island who found his spirit and his mission when he moved to San Francisco and began running for local office. He was an unlikely politician, to say the least, but he kept on running for San Francisco Supervisor and was finally elected, and then fought against the Briggs Amendment and inspired others gays to hold their head high, and then was shot by a fellow San Francisco supervisor who was basically a conflicted homophobe. If it turns out to be as good as I’ve heard, Milk meets the thematic criteria so completely that it’s a near-lock for a Best Picture nomination.
And Joe Wright‘s The Soloist (DeamWorks, 11.21) is about a homeless schizophrenic musician (Jamie Foxx) and an L.A. Times jourmalist (Robert Downey, Jr.) who tries to help him realize his dream of performing at Walt Disney Hall. Could be icky, but it sounds half-right on paper, and Wright has shown he’s an emotional director with good chops.
One might assume/presume that Gabrielle Muccino and Will Smith‘s Seven Pounds would qualify in this respect, but for reasons I’d rather not say at this time I temporarily have doubts.