Things I Hate About The Great Escape 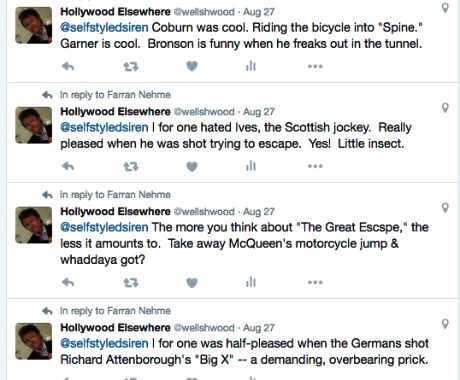 Yes, I still enjoy a few elements (the escape sequence itself with the tugging string, James Coburn‘s peaceful bike ride through southern France and down into “Spine”, McQueen’s glorious motorcycle riding + that body block he gives that German soldier when Ives is about to get shot, the scene when Bronson freaks out when the lights go off inside the tunnel during an air raid, the way James Garner inhales his unfiltered cigarettes as he talks to Werner the gullible German, that curiously misty texture in the cinematography during the 4th of July celebration) but these are few and far between.