This morning Napier News’ Daniel Sarath reported that Great Britain’s Icon Distribution UK is still claiming (or freshly claiming) that they’ll open Terrence Malick‘s The Tree of LIfe in England on Wednesday, May 4th, or about a week or so before its scheduled “debut” at the Cannes Film Festival. 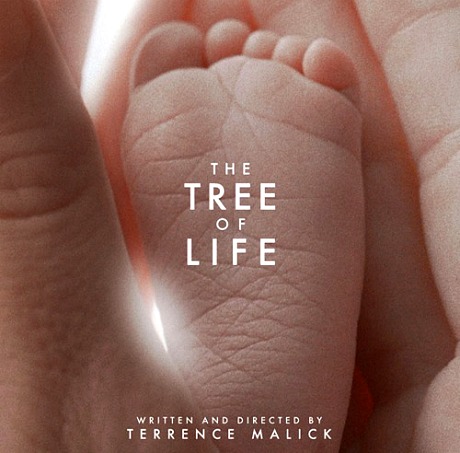 This despite a 3.31 statement from Summit Int’l senior vp marketing and publicity Jill Jones (which I ran that same day) that Icon “does not have the right to distribute The Tree of Life in the UK, as it is in default of its agreement.”

Jones added that “the matter is pending before an arbitration tribunal in Los Angeles,” so the only way Icon’s statement to Sarath could be half-legit would be if the LA tribunal delivered a decision in Icon’s favor.

I naturally wrote Jones and Icon’s Zak Brilliant immediately for confirmation or denial or a clarification of some kind. Brilliant didn’t get in contact with HE the last time this story was in play so one assumes he’ll continue to be a dick. But I’m presuming Jones will be in touch sometime soon.

Update: A Summit source said earlier today nothing has changed to her knowledge since Jones’ 3.31 statement. Then why would an Icon rep write such a thing to Sarath? Is he/she delusional or what?

“Icon previously announced the early release date several weeks ago to Empire Magazine, however, Fox Searchlight, who own the rights to the movie’s Stateside distribution, claimed the statement was entirely false.

“Fox have continuously stated that the premiere at Cannes in mid-May will be the film’s first official screening.

“Jeff Wells from Hollywood Elsewhere, furthermore, got in touch with Jill Jones of Summit International, who were film’s sales agent, and she told him:

“‘The information regarding the May 4th U.K. release is incorrect. Icon Film Distribution Ltd. does not have the right to distribute The Tree of Life in the U.K, as it is in default of its agreement. The matter is pending before an arbitration tribunal in Los Angeles.’

“As a result, there has been widespread confusion in the UK as to whether they’ll see The Tree Of Life any time soon should there be a legal battle or conflict between the distributors. Some have even speculated whether it’ll even get a release at all.

“Nevertheless, despite the aforementioned claims that Icon has no authority, there will be an arbitration tribunal and the people of Cannes will have the first taste of Terrence Malick’s newest epic, Icon responded to one of my numerous emails today and simply said these 6 words: ‘Hi Daniel, We release May 4th.’

“So it’s confirmed: The UK WILL get The Tree Of Life before the rest of the world!”