“This Is Mayhem, This Is Nuts”

“The most frightening moment for our team came when our producer, Brent Swails, was taking some video on his iPhone and two Taliban fighers came up with their pistols and were ready to pistol-whip him, and we had to intervene and scream and it was actually another Taliban fighter who came in and said ‘no, no, no, don’t do that, they’re journalists.’

“But I mean really…I’ve covered all sorts of crazy situations [and] this is mayhem, this is nuts. This impossible for an ordinary citizen, even they have their paperwork….no way [are] they running that gauntlet. No way are they going to be able to navigate that. It’s very dicey, it’s very dangerous and it’s completely unpredictable. There’s no order, there’s no coherent system…and to me, it’s a miracle that more people haven’t been very serious hurt.” — CNN’s Clarissa Ward, 8.18, 5:26 am.

"Two Taliban fighters just came up with their pistols, and they were ready to pistol whip [our producer who was taking video]. We had to intervene and scream…” pic.twitter.com/3mvCCTlSQR

Days after the Taliban reclaimed control of Afghanistan, CNN's @ClarissaWard reports on what life looks like in Kabul at the moment. https://t.co/lyKq0HKUjV pic.twitter.com/G6S4W1qNLu 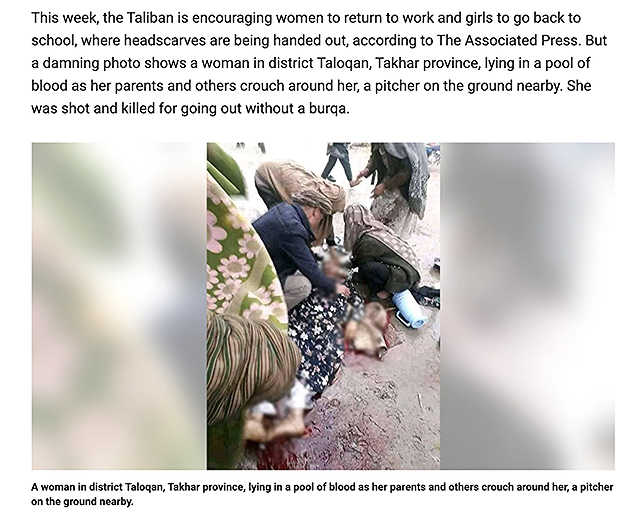 The video was sent to a CBS News correspondent by an American who's trapped and unable to get in. pic.twitter.com/rUlKcbapO5