This site says that pirated

This site says that pirated DVDs of Brokeback Mountain are floating around Turkey, and evidently the title “they’ve” gone with in Turkish — Ibne Kovboylar, or something close to that — translates into English as Faggot Cowboys. An Istanbul site called Radikal has written about this crude title and quotes a reader saying that “this hopeless and disgusting name shows my culture’s primal face…it’s really bad.” I went to three Turkish- English translation sites and tried translating Ibne Kovboylar into English, and three times I got “nothing found.” Then I tried translating “faggot cowboy” into Turkish and it didn’t work again. If “they” means Turkish bootleggers, doesn this mean that the legal distributor of the DVD will call it Ibne Kovboylar also? 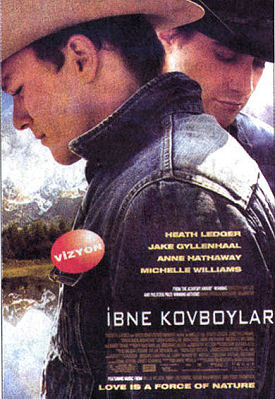 Bilge Ebiri, a Turkish reader, says “‘ibne’ does mean ‘faggot’ in Turkish, but there’s no way the legit film release of BBM will be called that. There are pretty strict rules against curse words in advertising and movie titles in Turkey, and I think this is just a case of some bootlegger thinking he was funny and getting crude. In news coverage the film has been referred to either as Brokeback Mountain or Brokeback Dagi (i.e., ‘mountain’ in Turkish). I’m happy to bet a thousand bucks that the movie will never be legitimately released in Turkey under the title Ibne Kovboylar.”