4. Denzel Washington‘s Fences. Does it qualify? Yes. Great scenes: Troy (Washington) talking about his abusive father and walking all the way to Mobile while he and Bono (Stephen Henderson) and Lyons (Russell Horsnby) sit in the back yard and sip gin; (2) the “why ain’t you never liked me?” confrontation scene between Troy and son Cory (Jovan Adepo); (3) the “I’ve been standing there with you!” moment between Troy and wife Rose (Viola Davis); (4) Troy admits to Rose that he’s had a daughter with another woman, (5) the light from above scene at the finale.

5. David Mackenzie‘s Hell or High Water. Does it qualify? Yes. Good/great scenes: (1) The first two bank-robbery scenes; (2) the scene between Chris Pine‘s Toby and the banker when Toby finally pays off the mortgage, (3) The sum of all the bickering, back-and-forth scenes between the two Texas Rangers (Jeff Bridges, Gil Birmingham); (4) The final car chase and shoot-out; and (5) the climatic eyeball-to-eyeball between Pine and Bridges.

6. Theodore Melfi‘s Hidden Figures. Does it qualify? Yes. Good/great scenes: (1) The opening scene when the three leads — Taraji P. Henson‘s Katherine Johnson, Octavia Spencer‘s Dorothy Vaughan and Janelle Monáe‘s Mary Jackson — explain their roadside situation to a Virginia cop; (2) The moment when Kevin Costner‘s Al Harrison sledgehammers a “colored” sign in front of a bathroom; (3) Henson’s big moment when she gets to show how brilliant she is about calculating the orbital re-entry that John Glenn‘s Mercury capsule will have to negotiate; and (5) Monae’s argument to persuade a judge to allow her to enter a historically all-white college.

I’ll leave it to the readership to tell me if Jackie, Loving and Lion qualify. The climactic homecoming scene in Lion definitely works, but I’m not sure if the film has another two. No one will know if Martin Scorsese‘s Silence will qualify until early December. 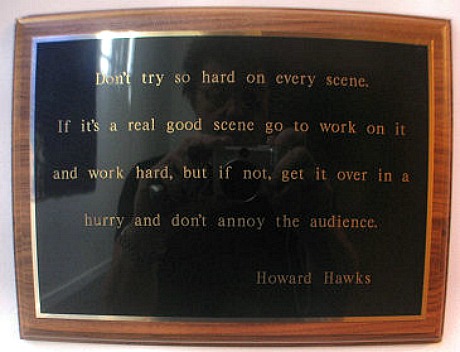