I’ve been on friendly terms with screenwriter Robert Towne since the early ’90s, give or take. We haven’t spoken in a while, but it’s all good (or was the last time I checked). Earlier today I popped in a Criterion Bluray of Jack Nicholson‘s Drive, He Said (’71) and lo and behold there’s a dark-haired Towne, nearly 40 years younger, playing a college professor whose wife (portrayed by Karen Black) is having an affair with a basketball player (William Tepper). 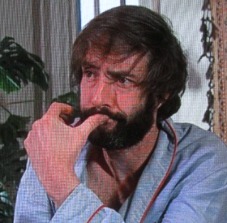 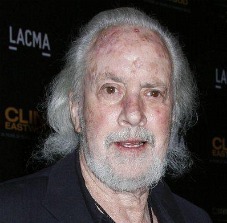 The backwards-in-time effect felt kind of “wow” to me. I can’t remember the last time I’ve seen a moving and talking living-color facsimile of someone I’ve only known in an older, somewhat craggier incarnation. Fascinating.

Drive, He Said has never had that great of a reputation, but it’s reasonably well directed and acted and never boring, at least according to my standards..