A little less than two years ago I posted a story about a toll-booth lawbreaking incident on the Connecticut turnpike. It never got any traction despite being about an everyday ethical issue that anyone could relate to. Here it is again:

Highway tolls are collected via E-ZPass (created in ’87) or by throwing coins into a metal bin. Human toll-collectors — people dressed in some dull gray uniform whom drivers literally hand coins to — are still around, I guess, but not, I would guess, for much longer.

Back in the pre-automated ’70s manned tollbooths were fairly common. On the Connecticut turnpike a red traffic light would beam as you approached the toll station. You would come to a halt, hand over 50 or 75 cents to the guy/gal, the light would turn green and you’d gun it.

One dusky evening in ’77 I was approaching a West Haven toll station on the Connecticut turnpike. I was driving my 1975 LTD station wagon, which always got lousy gas mileage. I realized a mile out that I didn’t quite have the full 50 cents, and no cash in the wallet. I was counting the coins as I approached…a quarter, a dime, a nickel and six pennies…no, seven pennies! Three cents short. 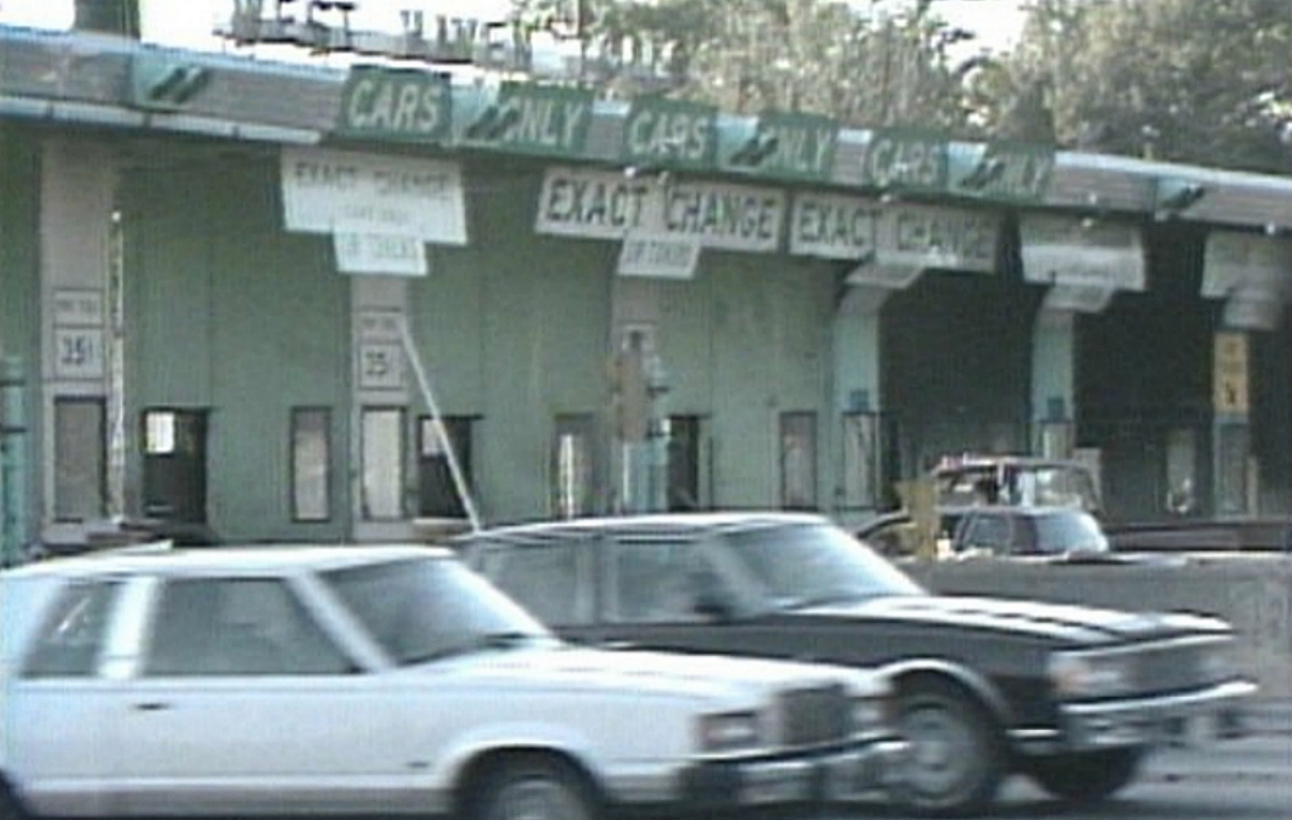 I sure as shit wasn’t going to pull over and accept some kind of traffic summons for being three cents light…c’mon. So I decided to be Steve McQueen in The Getaway.

I pulled up to the booth and handed the guy the 47 cents. I started to inch forward as he was counting and saying out loud “35, 40…hold on, hold on.” I hit the gas and the guy freaked — “Hey, wait a minute, whoa!” There was no gate so the red light and the violation alarm (ding-ding-ding-ding-ding!) would have to go fuck themselves. I was Clyde Barrow after a bank robbery.

The booth guy went into fury mode…”Hey, hey…stohhhhp!…whoooaaa!” I looked in my rearview as I pulled away. Toll-booth guy had stepped out of the booth and was standing in a half-crouch position…”whoooaaa!!”

I contemplated my situation as I drove away. I had just broken Connecticut state law and didn’t feel good about that. But there was something a bit wrong with that guy. I wasn’t a criminal. It wasn’t like I’d given him 12 or 13 cents or something. Who screams and shouts over a three-cent shortage? Within seconds I’d completely shorn myself of any guilt over shortchanging the state, and decided that the toolbooth guy…that howling uniformed goon was the asshole in this situation, not me.

Did the toll-booth guy get my license plate? (This was before instant photographic capture.) Would he put in a call to the state police, telling them to pull over a young long-haired guy in a brown LTD wagon? I considered getting off the turnpike and driving for a few miles on local roads, just to be safe. Then I realized how loony-tunes that would be. The toll-booth guy was just an oddball with a temper, an obsessive without a life. I stayed on the turnpike and all was well.

But that haunted feeling of being a lawbreaker on the run is still with me.