I couldn’t go back to my 36″ Sony analog, so yesterday I sucked it in and paid $575 for a 50″ Vizio plasma. Vizio makes fairly well respected lower-priced plasmas, LCDs and LEDs, but the price seemed a little cheap. The seller, a guy from East LA named Marcus Lopez, said his units cost a bit less because they’ve been judged as discards due to some minor shipping dents. He also said plasmas are cheaper because no wants them — everyone wants LEDs and LCDs. 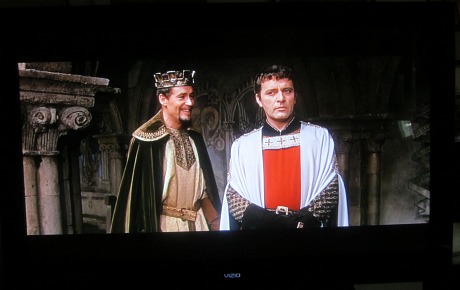 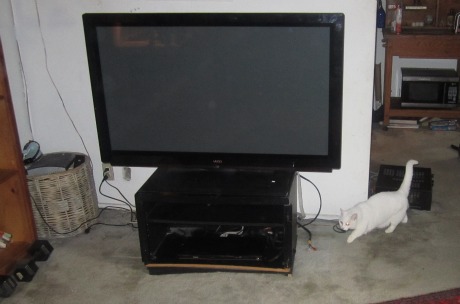 So I liked the price but I was nervous because I hadn’t really done the homework. Not extensively, I mean, and you can always get flim-flammed. But the hell with it. I rolled the dice and bought the beast (which Marcus delivered, by the way), and i have to say that it’s looking pretty damn wonderful so far. Much better — sharper, pizazzier, more radiant with delicate gradations — than the Panasonic 42″ plasma back at the Brooklyn place. I also bought a Sony Buray (BDP-S380/BX38) with online download capability. Everything looks great — Blurays, DVDs, cable. I have this idea that plasmas delivers a slightly more organic image than LEDs or LCDs. which have always looked more video-gamey. (Or they do in Best Buy stores, at least.)