I either knew or half-suspected that Alfonso Cuaron‘s Gravity, John Wells‘ August: Osage County, Steve McQueen‘s 12 Years A Slave, Justin Chadwick‘s Mandela: Long Walk to Freedom, Bill Condon‘s The Fifth Estate, Ron Howard‘s Rush, Jean-Marc Vallee‘s Dallas Buyer’s Club and Jason Reitman‘s Labor Day would turn up at the 2013 Toronto Film Festival. I didn’t predict this, of course, but I was secretly presuming. And yet for whatever reason I never had it in my head that Peter Landesman‘s Parkland (script reviewed by yours truly on 2.9.13) would be shown there. But it will be apparently. 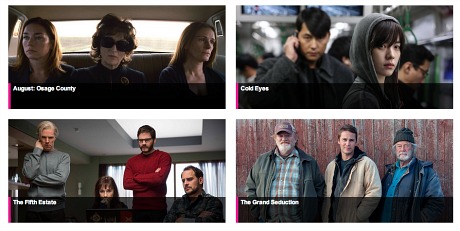 How does this reflect upon the 2013 Telluride Film Festival lineup? With Osage County locked down for Toronto, I would think it odd if it doesn’t first screen in Telluride. Ditto the Reitman (Jason’s films have premiered in Telluride twice so far, right?), the Vallee, the McQueen and the Condon. I would love to see the Cuaron pic in Telluride, but that’s highly doubtful with Gravity‘s world premiere set for the concurrent Venice Film Festival. I somehow don’t see Rush playing Telluride but maybe, maybe. 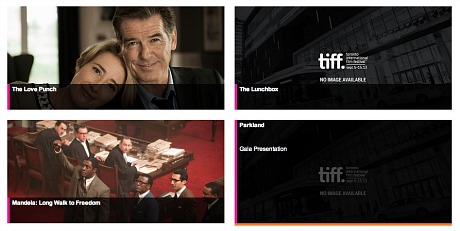