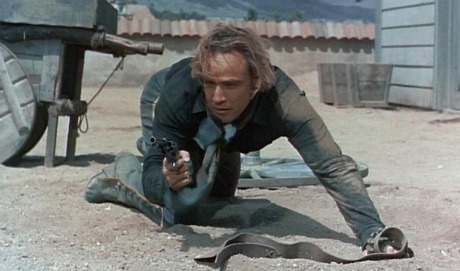 When I still had my old Panasonic laser-disc player back in the late ’90s I owned a Paramount-issued LD of One-Eyed Jacks, and I remember that it looked pretty damn good.

Three years ago a guy named “Richard W.” offered an assessment of how One-Eyed Jacks looks on home video these days:

“To date, the cleanest, sharpest version of One-Eyed Jacks remains the Paramount laser disc,” he wrote. “It was sourced from Paramount’s internegative [which] represented the original IB tech VistaVision elements very closely. It has the [right] photochemical look. The color is accurate with perfectly acceptable saturation. The image is steady, widescreen but not anamorphic, and uncut. It was not restored so there is some minor damage and a little dirt here and there, but it shows the film the way it was meant to be seen.” 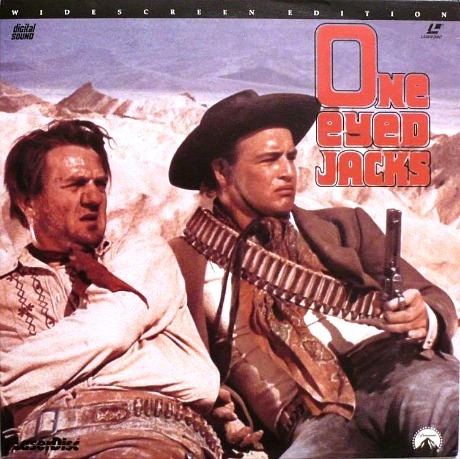 Although Paramount retains VistaVision elements for One-Eyed Jacks, a new DVD or Bluray version is highly unlikely due to the lack of economic incentive.

“Without exception, all public-domain editions are of substandard quality,” Richard writes. “A few years ago I bought every DVD release of One-Eyed Jacks to find the best transfer on DVD. Frankly, I was hoping to find a privately-sourced transfer, perhaps from an original 35mm print that didn’t come from the laser-disc. I have 19 different editions sitting here and several duplicates with the cover art changed. It is hard to keep track of which is which because the public domain labels keep reissuing them with different covers.

“Out of several public-domain editions released in France, where the film is much admired, Paramount evidently authorized a DVD release under the title La Veangeance aux deux visages on the Les Films de Ma Vie label. Sometimes the picture appears to be slightly better quality than the laser disc (which I have) and at other times it appears to be the same. French subtitles are burned in. It has an interactive menu, a text filmography and biographies of Brando and Malden.” 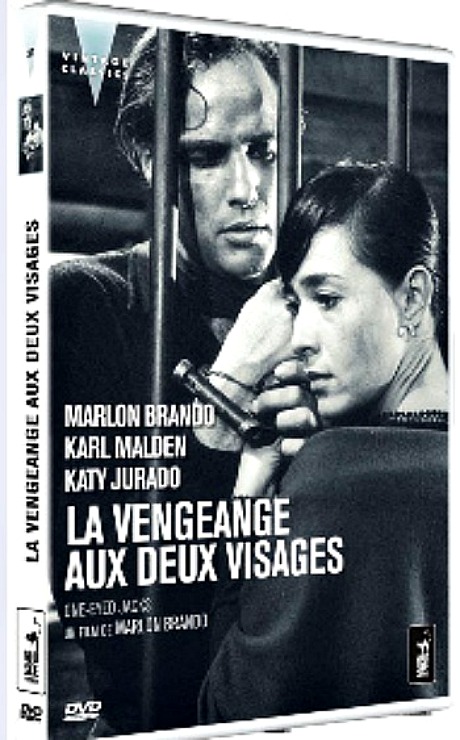 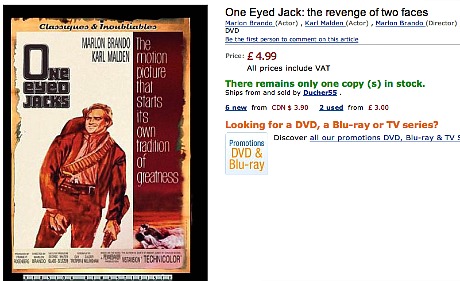