As someone noted yesterday, Tony Ortega‘s “Trash Talking with Harvey Weinstein” piece, which was posted yesterday on the Village Voice site, recalls the sifting-through-garbage tactics of famed Dylanologist A.J. Weberman. Ortega happened upon a large bin of Harvey’s trash in some Tribeca back alley that had all kinds of good stuff, and so he made a piece out of it and even got Harvey to get on the phone. 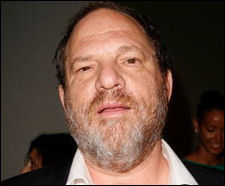 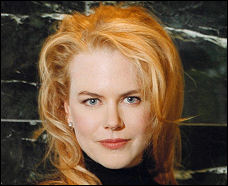 The most heartening or encouraging thing for me were the various unsigned Nicole Kidman contracts regarding The Reader, which is currently filming without her. As Ortega notes, “She dropped out when she got pregnant for the first time with her new husband, Keith Urban, and was replaced by Kate Winslet. The documents contain details that are probably pretty standard for highly-paid stars like Kidman: the size of her name in advertising, a guarantee of first-class travel, a right not to have her hair ‘permanently’ colored, restrictions against nudity not already spelled out in the screenplay, the right to keep one of each item of her wardrobe,” etc.
The agreeable surprise is that Kidman agreed to make the flm for a lousy $100 grand, plus another $450,000 if the movie breaks even. (Given the lore about Harvey’s bookkeeping practices, the $450 thousand sounds like a dream.) As Ortega points out, “That’s a pittance for a star in her bracket, but not unusual when an actor really wants to take part in an ‘art’ movie.”
Kidman’s price surely has been dropping since the double box-office calamities of The Invasion and The Golden Compass (which followed a commercially lackluster run of films starting with Cold Mountain and the refrain I’ve heard said over and over, to wit: “She doesn’t sell tickets”) but $100,000 seems really low for a star of her magnitude. Cheers nonethless for her willingness to take less for the right role. I don’t know how many others have this attitude, but everyone should embrace the concept of risk in this business, at least occasionally. It would be a far healthier business if they did.