A friend with access to huddlings in the Woody Allen camp says that in his next film (i.e., the one after Vicky Cristina Barcelona) Evan Rachel Wood will play Larry David‘s love interest. The untitled piece “is an old script that Woody wrote for himself but now he feels too old for it, so we’ll get the young sexpot Larry David,” I was told an hour ago. 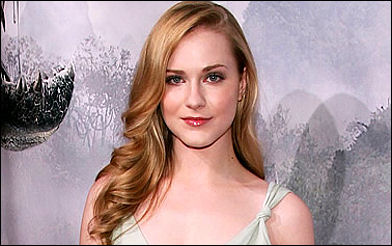 For what it’s worth I think the idea is kind of nervy-cool. Bizarre but why not? What with that blood-spattered Marilyn Manson sex video last year and this bizarre piece of news (which I believe is coming from a reliable place, whether or not it plans out), Wood is seeming more and more of an oddball in terms of her romantic whatevers.
My source has also seen Vicky Cristina Barcelona and says “it’s good. Not great but very good, and Penelope Cruz walks away with it. She is great in it and should wind up with an Oscar nomination. (I think.) VCB is funny and sweet and sad and way, way better then his last few movies, including Match Point.
“If [Woody] had spent just a little more time cutting it and being less lazy it could have been one of his great movies,” he claims. “Still it’s very good, and the sex scene [lesbian action between Scarlett Johansson and Rebeca Hall or Cuz or whomever] is really, really sexy. It’s so weird that Woody Allen did it.” 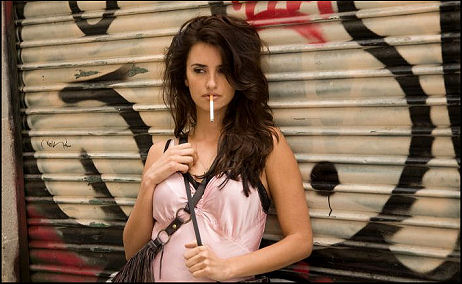