Whatever Stormy Daniels tells Anderson Cooper on 60 Minutes this evening, it can’t get any better than the transcript of her 2011 In Touch interview, which was given five years before she accepted $130,000 in hush money from Donald Trump attorney Michael Cohen.

We all know they met in 2006 in Lake Tahoe, at a party for the American Century Celebrity Golf Tournament. And that their first “date” happened at Trump’s penthouse suite at Harrah’s Lake Tahoe. Apart from a general fascination with Trump, Daniels was lured by his seemingly earnest suggestion that she’d be a great choice for an Apprentice contestant. 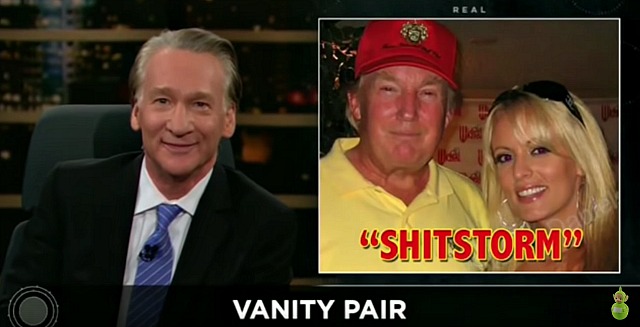 1. Hair: “I asked him about his hair,” Stormy says. “I was like, ‘Dude, what’s up with that?’ and he laughed and he said, ‘You know, everybody wants to give me a makeover and I’ve been offered all this money and all these free treatments.’ And I was like, ‘What is the deal? Don’t you want to upgrade that? Come on, man.’ He said that he thought that if he cut his hair or changed it, that he would lose his power and his wealth. And I laughed hysterically at him.”

2. Junk: “I had to use the bathroom and I went to the restroom, which was in the bedroom. Like I said, it was a big suite. I could describe the suite perfectly. When I came out, he was sitting on the bed and he was like, ‘Come here.’ And I was like, ‘Ugh, here we go.’ And we started kissing. I actually don’t even know why I did it but I do remember while we were having sex, I was like, ‘Please don’t try to pay me.’ I remember thinking, ‘I hope he doesn’t think I’m a hooker.’ Not that I have anything against hookers. I just personally have never done it. Still, I have no idea why I did it. Honestly, I really don’t.”

Asked if she was attracted to him, Stormy answers, “Would you be? I was more like fascinated. I was definitely stimulated. We had a really good banter. Good conversation for a couple hours. I could tell he was nice, intelligent in conversation. The sex was nothing crazy. He wasn’t like, chain me to the bed or anything. It was one position. I can definitely describe his junk perfectly, if I ever have to.”

3. Shark: “The strangest thing about that night…this was the best thing ever. You could see the television from the little dining room table and he was watching Shark Week and he was watching a special about the U.S.S. something and it sank and it was like the worst shark attack in history. He is obsessed with sharks. Terrified of sharks. He was like, ‘I donate to all these charities and I would never donate to any charity that helps sharks. I hope all the sharks die.’ He was like riveted. He was like obsessed. It’s so strange, I know.

4. Nose: “So we finished dinner and we moved to the sofa so he could get a better view of Shark Week. That’s when he broke the news to me that [the Apprentice idea] almost went through but there’s somebody that had a problem and it got vetoed and blah blah blah. I was like, ‘I told you, you couldn’t make it happen.’ I was pretty annoyed. He kept rubbing my leg and was like, ‘You know, you’re so beautiful. I love your little nose, it’s like a little beet.’ I go, ‘Did you say a beet? Like, what the fuck?’ I started giving him a hard time about it. And he goes, ‘No, no, no, no! It’s majestic. It’s a very smart nose, like an eagle.’ I was like, ‘Just keep digging, dude. Keep digging that hole.'”