Warren Beatty‘s Rules Don’t Apply was the biggest financial bust of his career. The oddly farcical Howard Hughes dramedy opened and died a year and a half ago, pulling in a grand total of $3,652,206 domestic and $233,136 foreign.

I enjoyed aspects of it (why can’t I find that hilarious argument scene between Beatty’s Hughes and Matthew Broderick‘s Levar Mathis on YouTube?), but there was never any doubt that Rules was going to sink like a stone. It had a sign around its neck that said “can’t possibly appeal to under-35s, and will probably only connect with long-of-tooth industry types who know Beatty well enough to say ‘hi’ at industry gatherings, but even those guys are going to be mezzo-mezzo behind his back.” 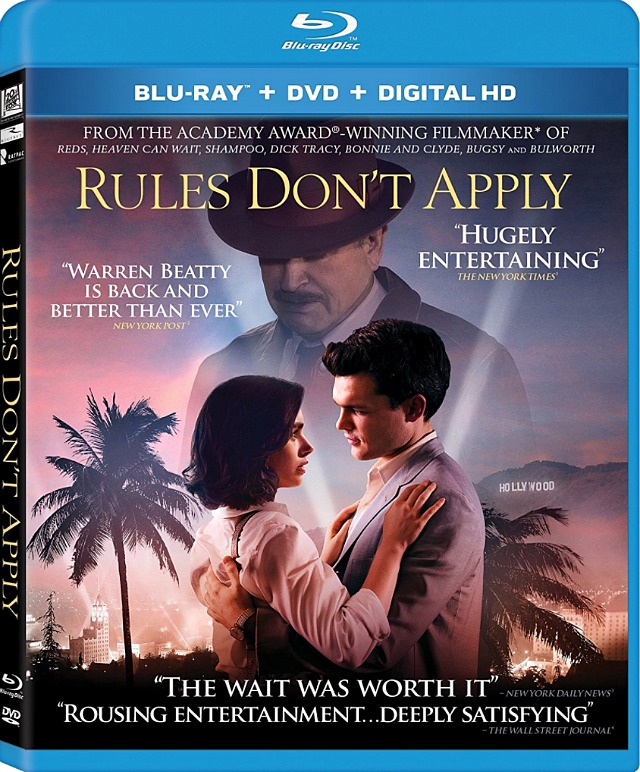 Nonetheless the producers of this $30 million calamity — Arnon Milchan on one side of the table, and an investment group including Brett Ratner, Ron Burkle and Steve Bing on the other — are suing and counter-suing and basically saying to each other, “This movie was supposed to make money and it didn’t so it’s your fault!”

Three months ago Milchan’s Regency Entertainment sued Beatty and the investment group guys for $18 million, claiming some kind of breach of contract (i.e., “why wasn’t this movie funnier and better and less constricted in its editing, which would have made it more profitable?”). Now the I.G. guys, who reportedly put up $27 million of the $30 million production costs, are countersuing Milchan for $50 million.

Five years ago Milchan and the I.G. guys “entered into an oral contract” that Milchan “would actively function as lead producer of Rules Don’t Apply” — bullshit! Milchan is strictly a high-end finance guy, never does hands-on with anything — “along with supervising its marketing and distribution while staying in regular and meaningful consultation with Beatty throughout production and marketing/distribution. Alas, “Milchan totally failed and refused to function” as agreed upon, the countersuit claims. It is claimed that he “never attend[ed] any filming session, went only once to the editing rooms, slept through the only screening of the picture he attended before the editing was completed, and turned over supervision of the film’s marketing and distribution to his son, Yariv Milchan, who had neither the experience nor the skill necessary to perform those critical functions.”

The countersuit states that Rules Don’t Apply “was so poorly and ineffectively marketed that it had a disastrous public ‘unaided awareness’ score of only 1% at the time of its release.”

But that wasn’t the fault of Arnon or Yariv Milchan, and it definitely wasn’t the fault of the highly skilled publicity and marketing people who were hired to raise awareness of this 20th Century Fox film. During October and November of ’16 you couldn’t breathe for all the Rules Don’t Apply hoopla and general coverage. Every top-rank journalist did an interview with Beatty, and the only reason I didn’t do one was that it took too long to arrange and I began to feel insulted.

The reason that Rules Don’t Apply tanked is simply that people didn’t want to know about it, didn’t want to go there. The dogs knew the dog food was in the bowls, but they wouldn’t eat it…period. And when people don’t want to see something, as Samuel Goldwyn famously said, “you can’t stop ’em.”