“Unless You Stop Clicking Your Heels Around Here!”

“I’ve never understood why Billy Wilder’s One, Two, Three doesn’t get half the love that Some Like It Hot does. I will bravely defend this gem a week from Sunday (Nov. 21) at the Los Feliz American Cinematheque. Humor and satire so fast and brash that it makes His Girl Friday feel like The Tree of the Wooden Clogs!. Come on down!” — Daniel Waters on Facebook.

I’ll tell you why it doesn’t get half the love that Some Like It Hot does. Because some of it is dated, some of it isn’t funny, and one or two scenes are dreadful. (Don’t ask.) But Act Three, which is all about James Cagney‘s C.R. MacNamara, a ruthless Cola Cola executive, changing Horst Buccholz‘s Otto Ludwig Piffle, a scruffy, revolutionary Communist, into a monacle-wearing dandy in a three-piece suit within two or three hours, is dead perfect. Especially….

I would love to watch this 1961 classic with an enthusiastic crowd, but I’m worried about the AC’s intention to show a 35mm print. I have the Bluray, and it looks absolutely exquisite. Why don’t they just show a digital version? Film is over-rated. 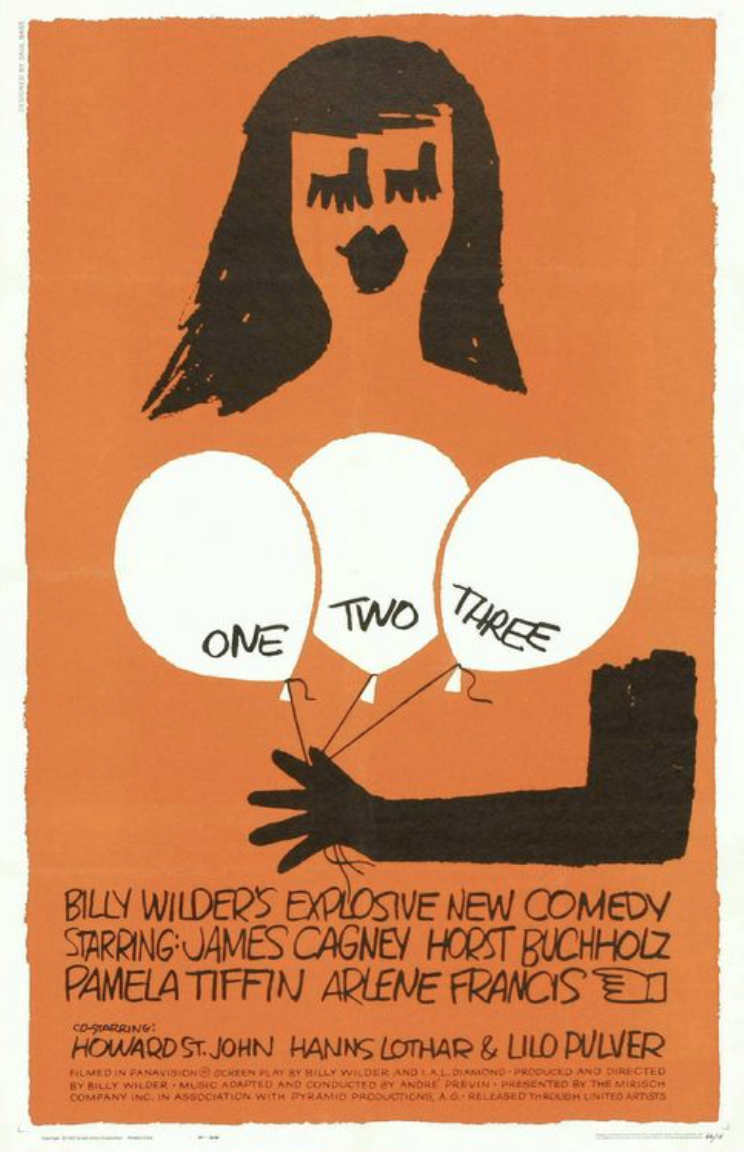 November 9, 2021by Jeffrey Wells10 Comments
« Previous post
Always Meant To Watch It
Next post »
I’ve Always Been Unstuck In Time