Last week a young guy I won’t identify told me he won’t see 127 Hours because he doesn’t want to deal with the arm-carving scene. And I wouldn’t call him the squeamish type. I’ve asked several people if they know anyone, young or old, who’s said “no way, Jose” and I haven’t heard zip so maybe this guy’s just an oddball. But just to be sure I’m asking here and now. Is anyone out there feeling chicken about this acclaimed Danny Boyle film? Do they know of anyone who’s talking about turning tail? 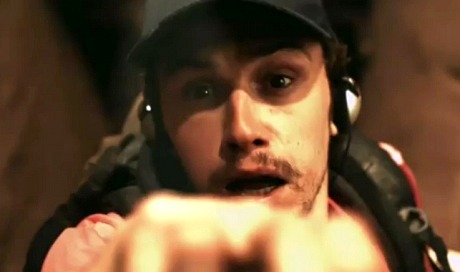 “Pain and bloodshed are so common in the movies. They are rarely amped up to the level of reality because we want to be entertained, not sickened. We and the heroes feel immune. 127 Hours removes the filters. It implicates us. By identification, we are trapped in the canyon, we are cutting into our own flesh.” — from Roger Ebert‘s 11.10 review.