A distinguished filmed drama about a constant fearsome menace is about to end. This is quite an event considering the weight and gravitas provided thus far. After all, many fans and critics have pointed out that this highly-touted, much-watched drama is as much about what it connotes, explores and portends about all of us — our lives, our culture, our deep-down values — as the specific subject matter at hand. 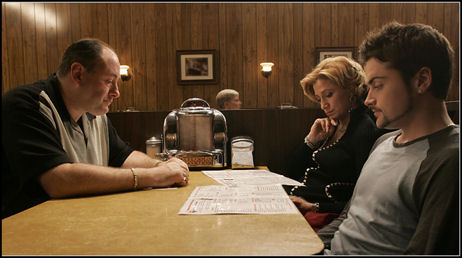 In any event, the finale arrives with many people having died, some horrifically, and now the big question: will this dark, resonant work deliver a grand cathartic finale? The answer is no. It ends without any kind of real “ending.” Clearly, the ominous last scene implies more horrific things to come, but what is shown leaves literal-minded audience members hanging and going, “What the…?” and “That’s it?” 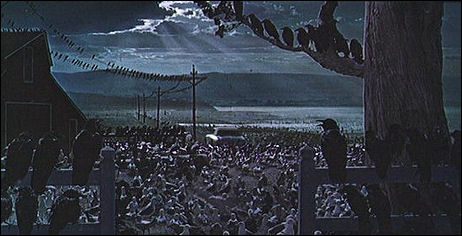 I’m speaking, of course, about the finale of Alfred Hitchcock‘s The Birds. Audiences who came out to see this classic film in March 1963 were hugely disappointed with the wrap-up. I’ve heard stories of people groaning and booing when they realized there wouldn’t be any kind of sudden jolt or “aha!” turnabout. Rod Taylor, Tippi Hedren, Jessica Tandy, little Veronica Cartwright and those two love birds slowly driving away at dawn as tens of thousands of birds just sit and watch…huh?