Four days ago Awards Daily‘s Sasha Stone posted an essay titled “The State of the Race — It’s Time to Talk About Art vs. Propaganda.” Consider the last four paragraphs:

“Art cannot survive this moment if we don’t fight for it. We must fight as film critics, as journalists, as fans and, yes, as Oscar bloggers.

“Granted, I know most won’t risk it. So they pander, day in and day out on Twitter, saying exactly what they have to say and staying silent about what they know to be true but are too afraid to say. None of them will speak up — not the major writers on any website devoted to the Oscars. There are only three of us who will — Jeff Wells, David Poland and myself. We’ve been mostly sidelined by Film Twitter for being too outspoken and never apologizing – which is good and bad. Hey, you haven’t lived until you’ve had a gang of wild-eyed GenZers chasing you around and calling you a ‘white supremacist.’

“Could you ever have imagined that people would be afraid just to say what they really thought about something? That journalists and critics and filmmakers would be afraid? Granted, social media, like the printing press and the radio have wreaked havoc upon our species. Those advancements in communication played a part in creating modern chaos — revolutions, the Holocaust — but they also led to the greatest books ever written and FDR’s fireside chats and the Mercury players.

“I can promise you that I will hold the line. I’ll never give it up. Humans have needed art since they first figured out how to paint on cave walls. It is as necessary as breathing. But once it starts serving an ideology, it is like the paintings that were devoted to Christianity and the Church because they had to be. Or art that supported the utopian ideal of Marxism. Or art that supported the fascists in Germany and Italy. No matter how beautiful it may be, no matter how glorious, it can only say one thing. We on the left are coming dangerously close to that.

“I get that it’s scary. But you know what is even more scary? A world without art.” 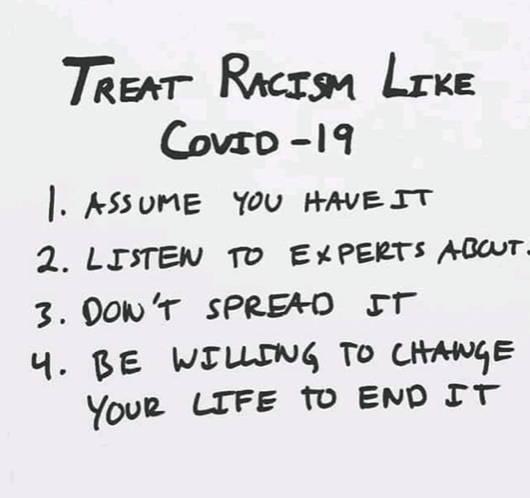 June 27, 2021by Jeffrey Wells9 Comments
« Previous post
“Ideology” Is Everything, Everywhere
Next post »
Harlem Joy In Summer of ’69