Just a fantasy but if it actually happened? I wouldn’t condemn it. No one would. Some of us would cheer.

From Paul Krugman‘s “The Unemployed Stare Into the Abyss — Republicans Look Away,” an 8.3 N.Y. Times column about how “the cruelty and ignorance of Trump and his allies are creating another gratuitous disaster“:

“Around 1000 Americans are dying from COVID-19 each day…ten times the rate in the European Union. Thanks to our failure to control the pandemic, we’re still suffering from Great Depression levels of unemployment. [And] yet enhanced unemployment benefits, a crucial lifeline for tens of millions of Americans, have expired. And negotiations over how — or even whether — to restore aid appear to be stalled.”

“House Democrats passed a bill specifically designed to deal with this mess two and a half months ago. The Trump Administration and Senate Republicans had plenty of time to propose an alternative. Instead, they didn’t even focus on the issue until days before the benefits ended. And even now, they’re refusing to offer anything that might significantly alleviate workers’ plight. This is an astonishing failure of governance — right up there with the mishandling of the pandemic itself.”

“The policy proposals being floated by White House aides and advisers are almost surreal in their disconnect from reality. Cutting payroll taxes on workers who can’t work? Letting businesspeople deduct the full cost of three-martini lunches they can’t eat? Above all, Republicans seem obsessed with the idea that unemployment benefits are making workers lazy and unwilling to accept jobs.” 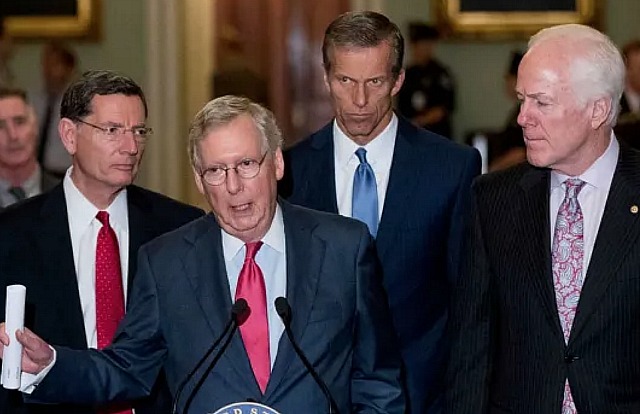 ** “After all we’re not murderers, despite what this undertaker thinks.” — Vito Corleone, The Godfather.