Spike Lee’s mostly-female Cannes jury has spoken: “If it’s extreme and provocative and ‘out there’ or in any way mind-bending, give it a big prize. Okay, we don’t have to go 100% extreme but let’s definitely emphasize that…anti-normal, change-driven cultural politics! And if we can give the biggest prize to a woman while letting the monsters in, so much the better.”

While acknowledging that among wiggy creatives and lifestyle provocateurs “the world is becoming more and more fluid,” Ducournau thanked the jury for embracing diversity and “for letting the monsters in.”

Spike’s Jury has second thoughts: “Okay, wait, wait…maybe we should tone things down a bit. Let’s give the Grand Prix to Asghar Farhadi‘s more cerebral, more ground-level, sad but safe-feeling A Hero. Farhadi wins second prize! Oh, wait, some of us don’t agree. Okay, let’s split the Grand Prix between the Farhadi (an Iranian film) and Nadav Lapid‘s Ahed’s Knee (shot in Israel), which feels, according to Deadline‘s Todd McCarthy, “like the work of someone who is flailing around, angry at everything and everyone and unwilling to take a step back and assess his thoughts, feelings and priorities in the interests of good drama.”

Jordan Ruimy: “Titane is certainly a compulsively watchable movie. It’s very hard to be bored by it. Lots of implausibility issues, but a very original creation. Compartment No. 6 is a slightly-above-average train movie.”

Critic who hasn’t seen Titane: “The good news here is that the world now doesn’t have to pretend to take these awards seriously (as it would have if the Farhadi had won). Ducournau’s Raw was a lot better in theory than execution. Is Titane great, or is it another theoretical transgressive feminist button-pusher? My guess is the latter. It’s not like they’ve ever considered giving the Palme d’Or to Gaspar Noe.” 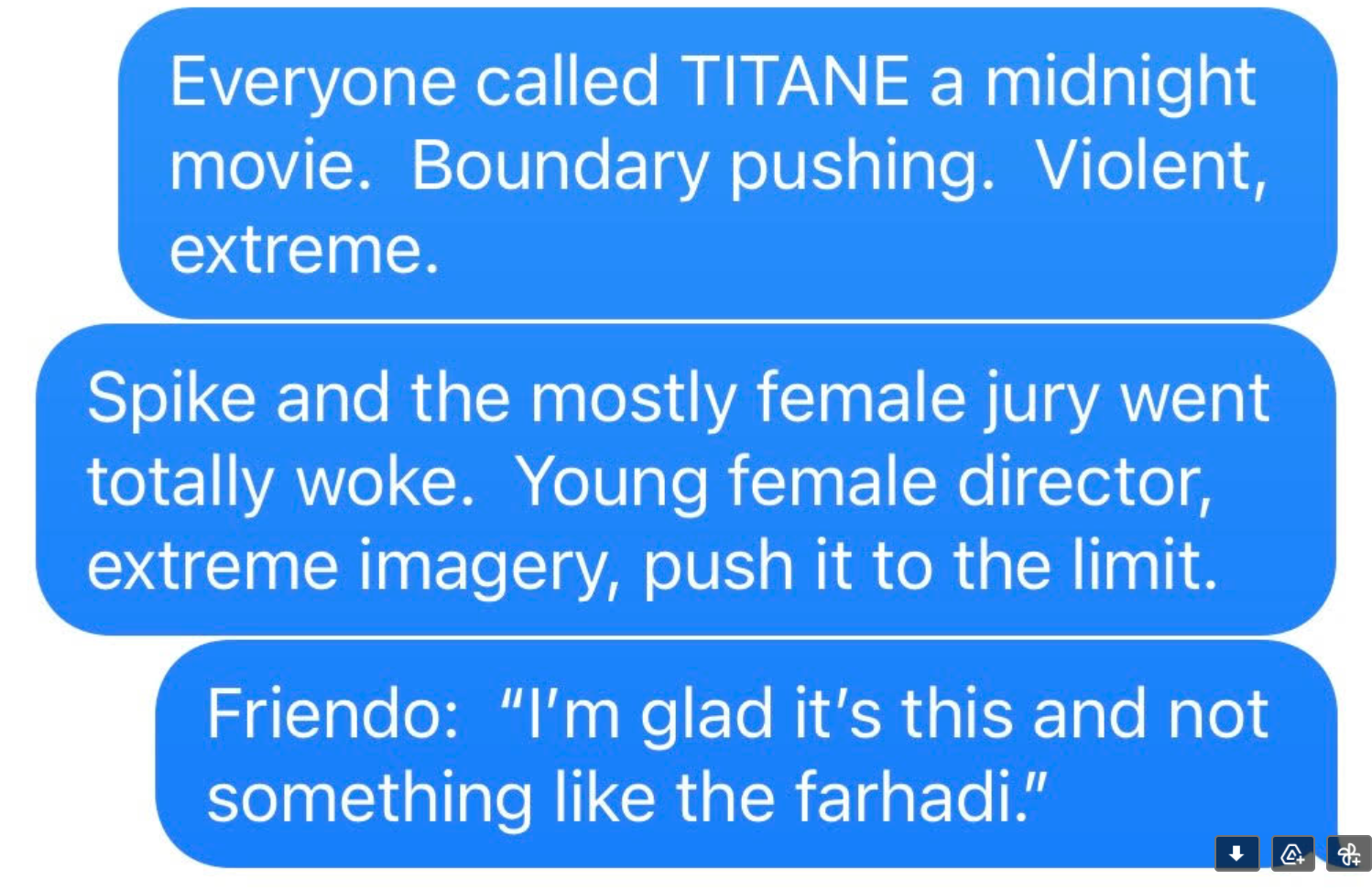 Grand Prix — tie between Asghar Farhadi‘s A Hero and Juho Kuosmanen’s Compartment No. 6.

Best Actress: Renate Reinsve for The Worst Person in the World. 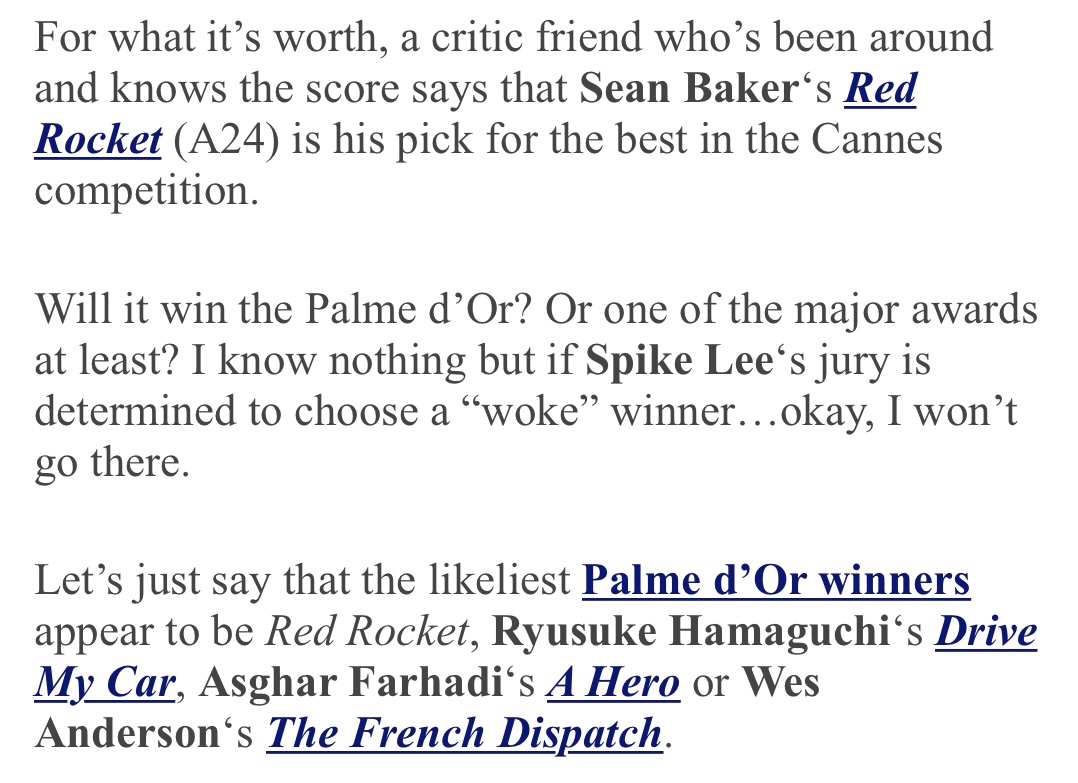 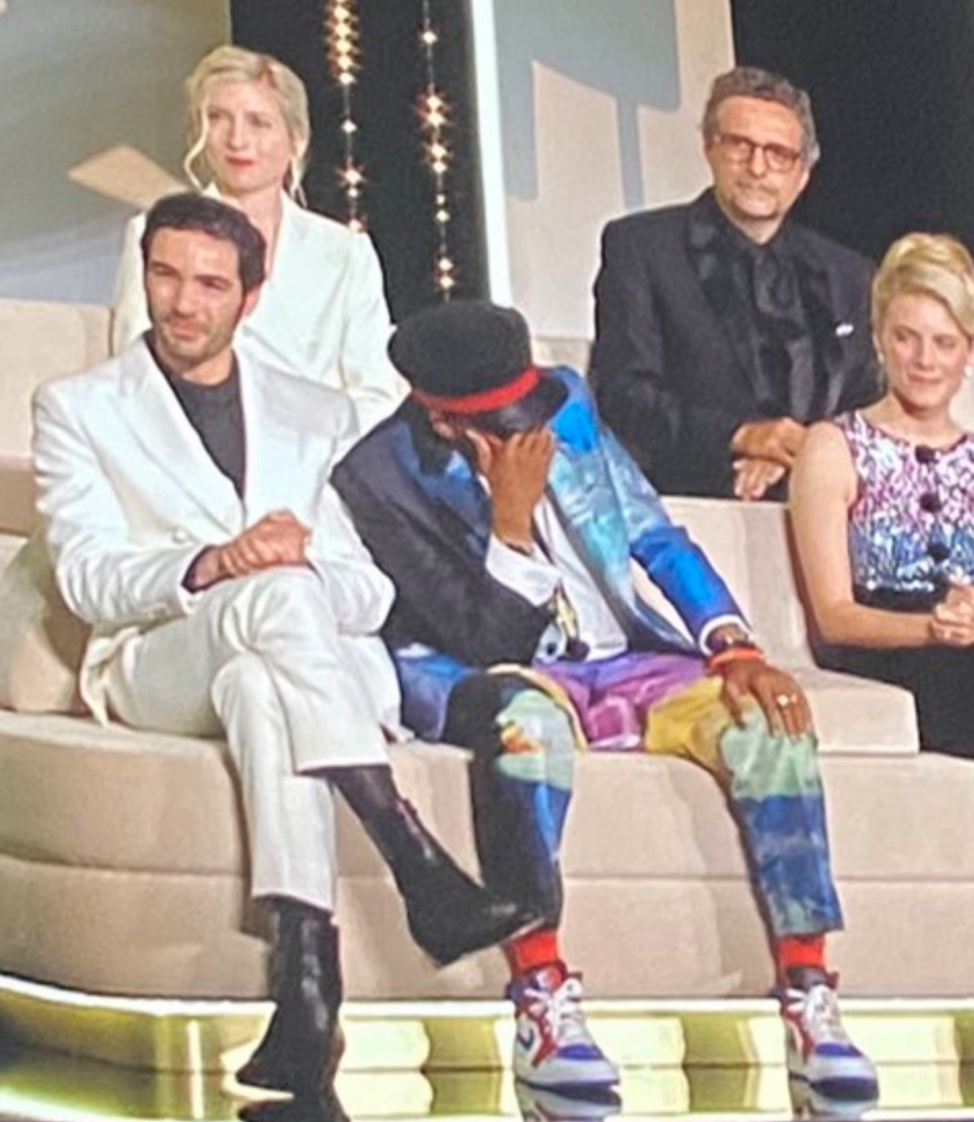 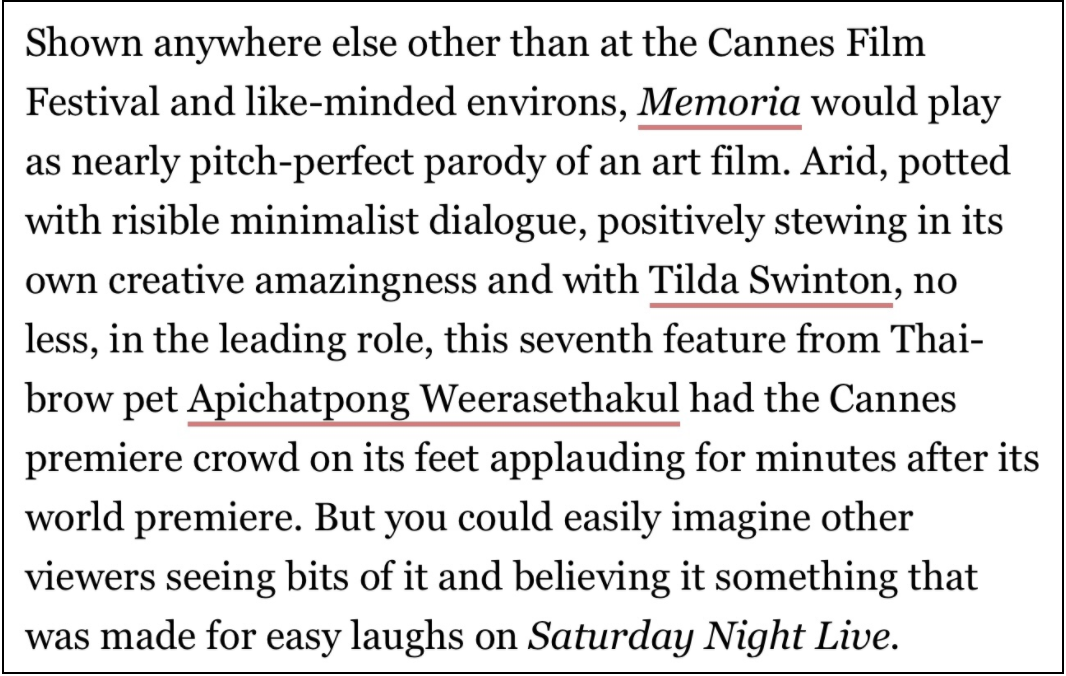