Never Better Than This 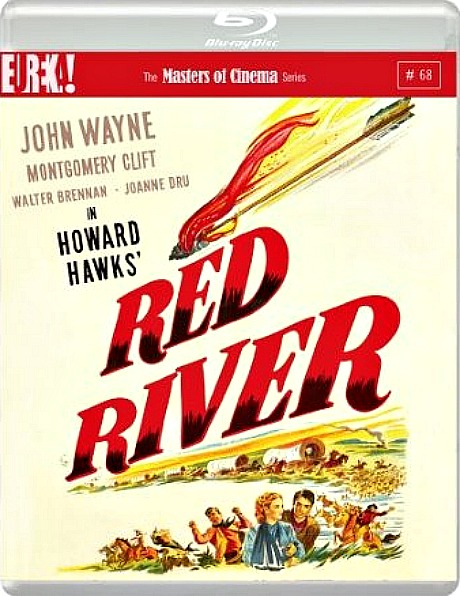 Question for Hawks biographer Todd McCarthy: A long time ago I heard a story about how Hawks had a thing going with costar Joanne Dru (Tess Millay) as the film began. I don’t know if he was doing her or hadn’t yet closed the deal, but the ardor was real. She was cut from the “Slim” mold, a real Hawks woman. And then Dru and John Ireland (Cherry Valance) clicked and before you knew it they were doing the old bone-a-roony and Hawks was relegated to the sidelines. And so the furious silver-haired director got his revenge by cutting Ireland’s part down — either on the page or in post-production. Did something like this actually happen?

John Ford, a veteran orchestrator of John Wayne performances in Stagecoach, She Wore A Yellow Ribbon, Fort Apache, The Horse Soldiers, The Searchers, et. al., was hugely impressed with Wayne’s performance in Red River. After seeing the 1948 film he was reported to have said, “I didn’t know the big sonuvabitch could act!”

Ford was probably thinking about the scene in which Wayne’s character, Tom Dunson, bids bitter farewell to his stepson, Matthew Garth (Montgomery Clift) just after the mutiny. The resolve mixed with fatigue and resignation, the perfect phrasing, the way he turns to Clift when he says ‘one time you’ll turn around and I’ll be there’ and then turns away for the final line: ‘I’m gonna kill ya, Matt.’ And then Dimitri Tiomkin‘s music kicks in with just the right feeling and emphasis. When Wayne was on his game, he was perfect.

September 23, 2013by Jeffrey Wells11 Comments
« Previous post
Grace Off To Showers
Next post »
Zampano, I Feel Your Pain