The night before last I tried to attend the initial Cinefamily screening of Liv Corifixen‘s My Life Directed by Niholas Winding Refn because, as mentioned previously, I have a kind of bit part in the film, and also because I wanted to see it with a live audience (watching it on a Macbook Air isn’t as engaging) and record Refn and Corfixen’s comments during the post-screening q & a. But there were no tickets (they’d sold out quickly).  It was possible, I was told, that a seat or two could open up but the lady I was with was more into seeing another film so we blew it off. But the folks at MPRM have graciously sent me photos of the q & a, which also included comments from the doc’s musical composer Cliff Martinez. The doc, a portrait of creative stress and uncertainty which struck me as tight and clean and rather good overall, will play at Cinerfamily until 3.5. 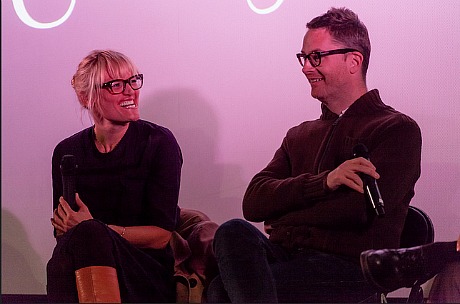 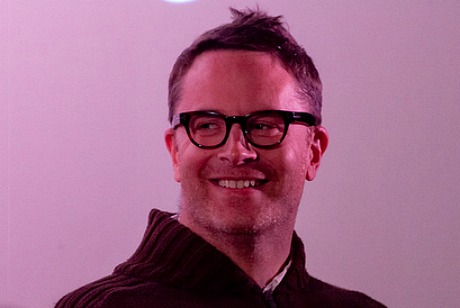 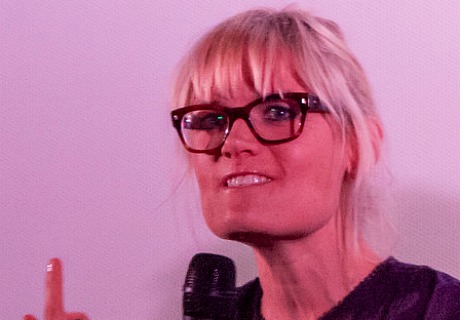 Following last September’s debut screening at Fantastic Fest: “Last weekend I was told about a sequence in Liv Corfixen‘s My Life Directed By Nicholas Winding Refn, a Hearts of Darkness-like doc about the making of Refn’s Only God Forgives, in which Refn reads a portion of my Cannes Film Festival pan. Here it is. Corfixen offers an honest look at a good filmmaker going through the usual doubt and pain; she’s just as candid in portraying a healthy but less-than-ideal marriage.” I don’t regret writing what I felt at the time but I now feel badly (as I mentioned a few weeks ago) about having possibly hurt Refn’s feelings. Especially since he was so easygoing and cool when we spoke last December at a 20th Century Fox holiday party. If I had it do over again I would go more gently.