You also have to acknowledge how brilliant Kevin Spacey is in these scenes, and you have to ask yourself, in the wake of Spacey having been hired to play a detective (a supporting role) in a new Franco Nero film, whether he should be shunned for the rest of his life, as the wokesters would have it, or whether he should just be permanently labelled as a predatory, not-nice person when it comes to younger guys but allowed to work because he’s so damn good.

The latter view is not a popular opinion, which is why I wrote the preceding paragraph as a question — an either-or proposition.

The movie realm is unfortunately filled to the brim with not-nice people (actors, agents, producers), all drinking from the trough and living abundant lives. Agreed — allegations about Spacey’s sexual behavior, reaching back to the early ’90s and until his ex-communication in late 2017, sound heinous. Then again he’s never been convicted of anything. The cancellation pattern generally means a year or two (or perhaps three) in the wilderness, and then being allowed to creep back in on an incremental basis.

Paul Schrader on Facebook: “About time. If [Spacey] is guilty of a crime, incarcerate him. If not, let him act. Many great artists have been bad people.”

Schrader in 2018: “I believe there are crimes in life but no crimes in art. Spacey should be punished for any crimes his actual person created. But not for art. All art is a crime. Punishing him as an artist only diminishes art. Put Celine in jail, put Pound in jail, punish Wilde and Bruce if you must, but do not censor their art.” 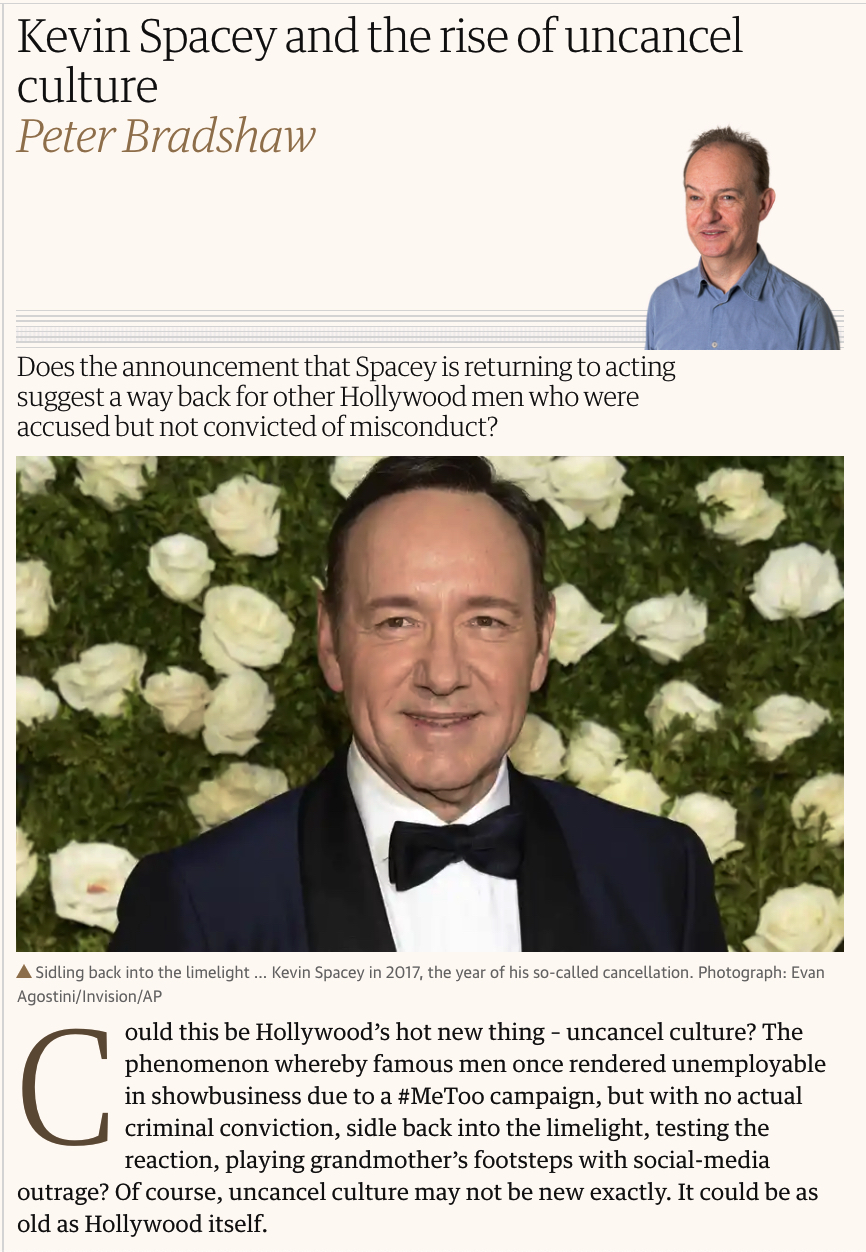