“Who Are These Men?”

I fully understand and support what’s going on right now in the streets of Tehran because I’ve understood (and, let’s face it, practiced) rebellion all my life. But my understanding of the Islamic fundamentalist practice of stoning women as punishment for adultery and other crimes against Allah is a little different. I realize, of course, that this ghastly and horrific tradition is still practiced in certain Islamic backwaters, but it’s so beyond-the-pale in terms of cruelty and fiendish chauvinism that it doesn’t seem real. A part of me says, “C’mon, no…this is too much.” 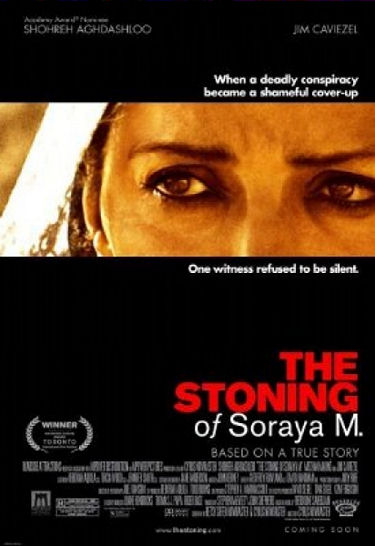 Which is why I couldn’t find my way into The Stoning of Soraya M., a respectably crafted, stirringly performed melodrama, based on Freidoune Sahebjam‘s 1995 book of the same name, about a stoning of a blameless woman in a small Iranian village in the mid 1980s.

I know that this ghastly murder occured (due to a conniving husband who wanted his wife out of the way so he could marry a younger woman) but as I watched it unfold I was saying to myself, “This happened on the planet Earth? Certain human beings of an Islamic stripe actually do this to women from time to time?” It felt beyond cold, beyond malignant.

The Stoning of Soraya M. makes Eli Roth‘s woman-hating Hostel 2 almost feel like humanism because at least (if you buy what Roth says) his film is an exercise in B-movie manipulation and therefore not rooted in anything “real,” and on top of this is at least familiar and recognizable in a cultural popcorn sense. Not so with Soraya M., which seems to be taking place on Mars.

At no point was I saying to myself “this isn’t a well-made film” or “this doesn’t cut it” or anything along those lines. The Stoning of Soraya M. is a reasonably solid B-plus docudrama, and anyone looking to work up a righteous head of steam about Islamic fundamentalism having unleashed cruel and backward and horribly chauvinistic cultural forces will find satisfaction. 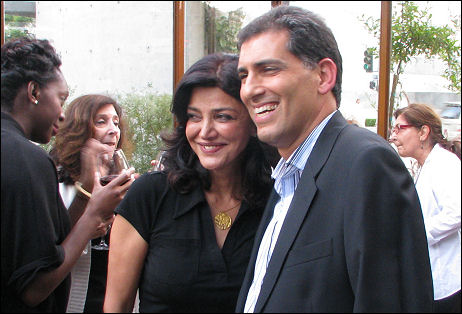 My revulsion at what I saw in the film makes me an honorary right-winger, I think. I certainly feel like a rightie when I think about Islamic dictatorships and those effin’ mullahs. Count on it — Soraya M. will be popular among Jon Voight conservatives as well as the rich Iranians who fled their country after the 1979 Islamic revolution.

But I also knew I was watching a depiction of human behavior so far afield from anything I’d ever seen or imagined inside a movie theatre that I didn’t know what to do with it.

This despite a decision by director Cyrus Nowrasteh to portray Sahebjam’s tale in straight, plain terms, and the screenplay he wrote with wife Betsy Giffen Nowrasteh being matter-of-fact. Mozhan Marno is heartbreaking as Soraya — a feisty and spirited mother whose only error is not realizing soon enough that she’s doomed. Shoreh Agdashloo (House of Sand and Fog) delivers a powerhouse, potentially award-calibre performance as an older woman of authority who becomes Soraya’s only defender.

I’m not saying that the male Iranian villagers who conspired in the death of Soraya M. some 23 years ago showed any humanity or common decency, but the utter lack of such values among all but two male characters in the film presents a problem. There’s not a human being among them. Even the women act like fiends, or at least like acquiescent fools. It’s a ugly portrait of what humans are capable of, let me tell you. 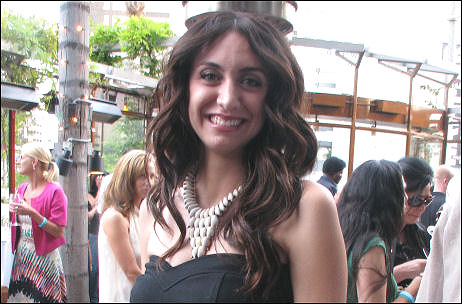 The two exceptions are the village’s morally conflicted mayor, played by David Diaan, and a travelling journalist — a stand-in for Sahebjam played by Jim Caviezel — who is told about the stoning by Agdashloo’s character at the beginning of the film, and who leaves the village at the finale with an audio tape of her story.

Even if you share my confused reaction, there’s no arguing that Soraya M.‘s finale — a drawn-out depiction of Soraya’s brutal and bloody death — is devastating to sit through. When asked about the explicitness of this scene, Nowrasteh said that he’s a seen a tape of an actual stoning that was “much worse than what I’ve shown in the film” in terms being difficult to watch.

The title of this article, by the way, isn’t a quote from Soraya M. but The Verdict. It’s a line that Lindsay Crouse says on the witness stand in the big third-act testimony scene — “Who are these men? Who are these men? I wanted to be a nurse!” But it obviously fits. 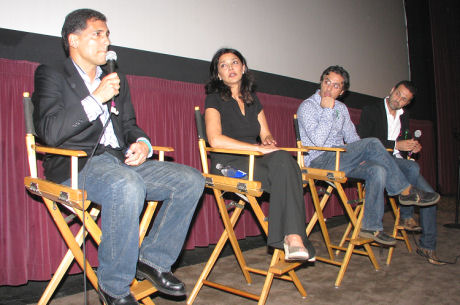