Who’s Being Honest About “Tenet”? 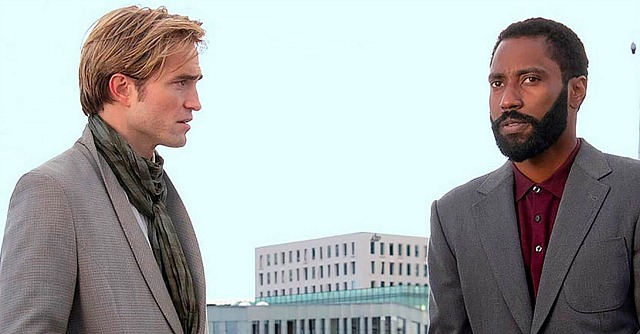 “Tenet’s real engine is its action sequences, in particular one involving a cargo plane and another multi-car chase. They’re good; they have to be.

“As the eagle-eyed have pointed out, Tenet is a palindrome, which means it’s possible you’ll see some of the same scenes twice. Yet, for all the nifty bits of reverse chronology, there’s little that lingers in the imagination in the same way as Inception or even Interstellar’s showcase bendy business.

“There’s something grating about a film which insists on detailing its pseudo-science while also conceding you probably won’t have followed a thing. We’re clobbered with plot then comforted with tea-towel homilies about how what’s happened has happened.

“You exit the cinema a little less energized than you were going in.”

Not to get all textbooky, but a palindrome “is a word, number, phrase, or other sequence of characters which reads the same backward as forward, such as madam or racecar. There are also numeric palindromes, including date/time stamps that mean the same both ways — 11/11/11, 11:11, 02/02/2020,” etc.