I caught the 12:10 pm show of The Fault In Our Stars today at the Grove. Mostly groups of young girls in theatre #1, of course, but the place wasn’t packed. I was half-impressed. It tries a little too hard to melt people down, of course, being what it is. The filmmakers trumpet their sensitive feelings about the ineffable sadness of being removed from life’s symphony at a much-too-early age, and at times they tap you on the shoulder to say “just reminding you that we’re coming from a really delicate place.” But Stars is not bad at all with the LMN mode. I never twitched or flinched or groaned. It’s reasonably well done all around, and the acting by Shailene Woodley and Ansel Elgort takes root early on. They’re both quite alive and well-measured and engaged, and Willem Dafoe adds a little abrasive pepper in a cameo-sized role as a Dutch writer. Stars is expected to earn $50 million by Sunday night, and in so doing beat Edge of Tomorrow. I’ll tap out something tonight or first thing tomorrow. I have an engagement this evening and jetlag is giving me the usual rough going-over. I feel like I’m tripping half the time. 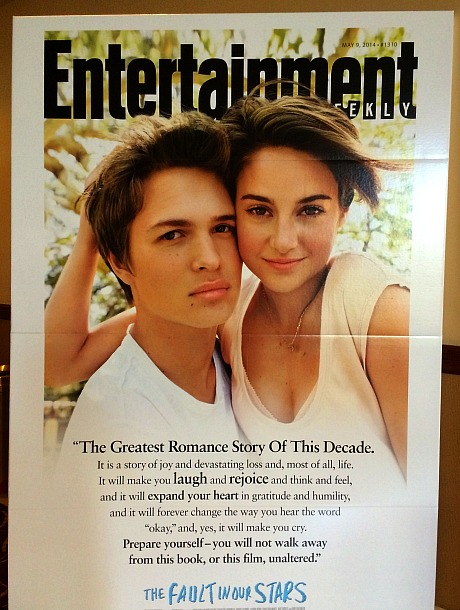