You Can Have Him

A friend sent along this video piece featuring Once Upon a Time in America costars Rusty Jacobs and Scott Tiler — the guys who played young James Woods and Robert De Niro in Sergio Leone‘s 1984 gangster classic — visiting some Manhattan-Brooklyn locations. “But they’re wearing T-shirts!,” came my reply. “So it was taped last summer. Or maybe two years ago. Or five. In any case, what’s the point?” 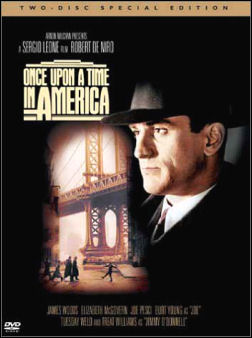 It’s interesting to hear Tiler say the following about Leone: “It’s almost unheard of that a director spends 11 years conceptualizing a film and not making any other movies in the interim….this movie was so in his blood, so in his conscious and unconscious, that he understood every last element…every line in the script.”

If he knew it that well, I asked myself, then how could Leone have come to an agreement with the Ladd Company that said/stipulated that Once Upon a Time in America would run no longer than two hours and change? (Or two and a half hours or whatever it said in the original contract.) And yet he comes up with a six-hour cut that is gradually pared down to 227 or 229 minutes. Nearly four hours long.

Of course, it’s been widely accepted for decades that the longer OUATIA is a much better film than the chronological, pruned-down Ladd Co. version, which was put into theatres at a running time of 139 minutes, or 90 minutes shorter. 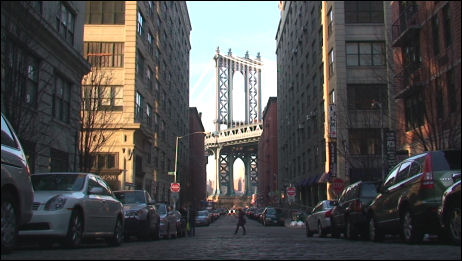 Once Upon A Time in America, but I’m not in love with it. I’ve never been much of a Leone fan. I’ve felt from the get-go that he was over-rated. All those relentless close-ups of sweaty guys wearing sombreros and chomping on unlit cigars. I know that one is expected to swear by Leone, but I’ve never been able to make myself re-watch his films on DVD. Once is enough.