In his portrayal of Virginia-born pacifist Desmond Doss, Andrew Garfield speaks with a yokel accent straight out of Dogpatch. Grim up and take it. This Hacksaw Ridge trailer once again reminds that director Mel Gibson, while never one for subtlety, has a vigorous visual eye. The basic training scenes feel like Full Metal Jacket meets The Young Lions, and the Okinawa battle footage may be (the trailer suggests) in the inferno-like realm of Saving Private Ryan. The Venice Film Festival will screen this 11.4 Lionsgate/Summit release out of competition in early September. Garfield plus costars Vince Vaughn, Sam Worthington, Luke Bracey, Hugo Weaving, Ryan Corr, Teresa Palmer, Richard Pyros and Rachel Griffiths. Opening on 11.4.16.

I ran into director Gavin O’Connor during a Captain Fantastic screening three or four weeks ago, and I asked if The Accountant, his latest, would be screening at the Toronto Film Festival. He didn’t exactly say “definitely, no question” but I got the impression it would. Affleck looks a little bulky but the film looks good. A cut above, a little extra.  Overheard: “Very violent…a Charles Bronson film with autism.” Screen it in August, before the Telluride/Toronto rumble begins.

“We need to unite around a candidate who can defeat a dangerous demagogue…a risky, reckless, and radical choice. Donald Trump has left behind a well-documented record of bankruptcies and thousands of lawsuits and angry shareholders and contractors who feel cheated and disillusioned customers who feel ripped off. Trump says he wants to run the nation like he’s running his business? God help us! I’m a New Yorker, and I know a con when I see one. Truth be told, the richest thing about Donald Trump is his hypocrisy. This is not reality television — this is reality.” — Former NYC mayor Michael Bloomberg during tonight’s takedown speech in Philadelphia.

I can accept any actor in any role, especially if they’re Meryl Streep or Tilda Swinton or Daniel Day Lewis, but with others it’s a bit easier if their personal vibes or political associations don’t contrast too strongly with whomever or whatever they’re playing. I’m not talking about an actor not being able to sell a character against type, but certain actors in certain roles can lead to feelings of initial resistance. Which can dissolve in a matter of minutes or even seconds — don’t get me wrong — but that doesn’t mean hurdles aren’t there to begin with.

Audiences of the ’40s would have had difficulty with, let’s say, Lou Costello as Jack the Ripper or Ulysses S. Grant. Which isn’t to say Costello wouldn’t have theoretically killed in either role. But people have to believe in advance that you can bring a certain type to life before they’re willing to sit down and watch you do it.

Let’s say for the sake of hypothesis that HE’s own Jon Voight, by anyone’s yardstick a militant, Obama-loathing rightwinger, is cast as a bleeding-heart liberal in some kind of political drama. Would that mean I couldn’t accept him as such a character? No, but I’d be facing a slight roadblock going in. Most of us would. Just as I would have an easier time accepting the conservative-minded Gary Sinise as, say, a CIA contractor or an Army lieutenant rather than a Socialist mayor or an anti-war priest.

By the same token it would require a little adjustment to accept Susan Sarandon as a corporate spokesperson for a notorious polluter or a rural woman who sells AR-15s at gun shows. Not that she couldn’t pull it off but I would snicker at the thought. Ditto if flaming lefties Rob Reiner or Martin Sheen tried to play, say, a gun-rights advocate or an anti-abortionist or a rightwing Congressman.

Obviously Sheen played one of the worst righties of all time in David Cronenberg‘s The Dead Zone, but that was before his name became strong associated with liberal causes. And yes, the ardently liberal Richard Dreyfuss played Dubya vp Dick Cheney in Oliver Stone‘s W., but commandingly. Jane Fonda was fine as a chilly corporate bossy type in Aaron Sorkin‘s The Newsroom, but she’s been around forever and can play anyone or anything.

I basically don’t believe in painting actors with simplistic brushes or casting the same actor to play the same type of character over and over, but it obviously happens. Throwing this up for discussion, which actors do you feel are bulletproof in this regard (i.e., can play anyone or anything and nobody says a word) and which actors would you have trouble believing in this or that specific role? 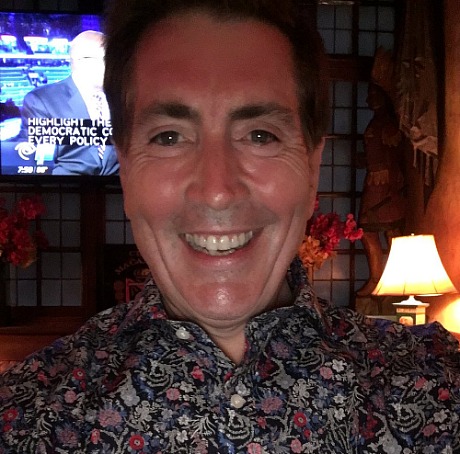 A less good-looking Terrence Stamp in William Wyler‘s The Collector with three captives, 23 separate personalities and a shaved head. James McAvoy is the kidnapper, white-haired Betty Buckley is his psychiatrist, and The Witch‘s Anya Taylor-Joy is the most noteworthy of the three victims. It’s called Split, and it opens on 1.20.17 — the second day of the 2017 Sundance Film Festival.

Somehow the longstanding Putin-Trump bromance coupled with the Russian hack of Democratic National Committee emails with the intent of hurting Hillary Clinton…somehow this hasn’t become a huge news story. It feels bigger than Watergate but it lacks a serious smoking gun element. There’s a strong hint of one, for sure, but for now the news media is in a wait-and-see mode.

But you know what? Even if evidence fully proved that Donald Trump is totally in the pocket of Vladimir Putin, 97% of Trump supporters wouldn’t give a damn. All they know is their Hillary hate. Nothing above or beyond that gets in.

“The overwhelming consensus among American political and national security leaders has held that Putin is a pariah who disregards human rights and has violated international norms in seeking to regain influence and territory in the former Soviet bloc. In 2012, one year before Trump brought his beauty pageant to Moscow, then-Republican presidential nominee Mitt Romney called Russia the United States’ top geopolitical threat — an assessment that has only gained currency since then.

I’ve been tapping out my mezzo-mezzo review of Jason Bourne, having finally seen it last night and being more or less in agreement with the “yes but it’s not enough” crowd. But Peter Debruge’s curiously affectionate review of David Lowery‘s Pete’s Dragon (Disney, 8.12) just landed in my inbox, and now I’m growling and seething. Bourne will have to wait.

I’m always ready to sink into an absurd, wildly illogical fantasy as long as the filmmakers are willing to supply some excuses and rationales. Just work with me, guys. Help me to half-believe in your children’s storybook scenario by answering some basic questions, and the effort alone will most likely win me over. Really. I’m not looking for trouble. Help me be a kid again. I’ll take the plunge.

Just keep in mind that when you make a movie you’re creating your own universe with your own laws, but this universe has to be whole and spherical and at least somewhat specific. Which also means that it has to adhere on some level to a semblance of natural law. Another part of the deal is that you, the creator, have to at least make an attempt to sell your fresh universe to a skeptical audience member (i.e., myself).

Did the Pete’s Dragon filmmakers understand these rules? Did they do the right, responsible thing when they put it together? Of course not.

Pete’s Dragon is basically an E.T.-like fable about a cute young kid with a profound attachment to an exotic, extremely vulnerable creature whom the authorities will want to capture, inspect and imprison for the purposes of scientific study or commercial exploitation. Ever heard this one before?

The loving family members who adopt the kid and help him protect the creature are played by Bryce Dallas Howard, Wes Bentley, Oona Laurence and Robert Redford — you all know the drill. The selfish, Trump-supporting bad guy (i.e., Bentley’s brother) who wants to capture the beast and sell worldwide rights is played by Karl Urban.

80 Comments
Salute To Maestro Behind This

A big flatscreen filled with all those monochrome Presidents, and then the screen being smashed, glass ceiling-wise, with shards falling away and a smiling Hillary Clinton, wearing a bright red tunic, emerging as a very possible next President, and the DNC emotions that followed. My feelings about Clinton aside, this was pretty good television. I was impressed; I admired it. When slick promotion really slams it home and falls into place just so, it can get you in the gut.

I went to a seriously rowdy party in Mill Valley in the early ’80s. I arrived late with a friend, drank a fair amount of Jack Daniels, got fairly bombed, nuzzled a couple of girls and awoke the next morning at dawn — fully dressed and sitting in a chair at a dinner table with a half-filled drink in my right hand. It’s always amusing to remember wild parties and whatnot, but bacchanalia in and of itself isn’t funny in a movie. When I worked at Cannon publicity in the late ’80s my colleagues used to joke a lot about sex. I used to say “the more you joke about it, the less you’re getting.” Same with heavy boozing and Chris Farley behavior at parties. The more you’re into stumbling around and dancing on table-tops, the more clueless and anxiety-ridden you are deep down. Translation: If you do it once in a while, fine, but if you’re getting bombed and silly every weekend you’ve got a problem.

During the last six years of his movie-star career, Humphrey Bogart took to wearing bow ties. And when he began doing that, sometime around 1950’s In A Lonely Place or ’51’s The Enforcer, he started to suppress and de-mystify his image. He went from radiating that classic Bogart vibe — that confident, half-surly, nocturnal know-it-all thing he’d owned since The Maltese Falcon — to something a little cautious and less swaggering. He began to look less like a private detective or a soldier of fortune and more like an accountant or a department store manager. Every time I see a Bogart bow tie movie (they also include Deadline U.S.A., Beat The Devil, The Barefoot Contessa and The Harder They Fall) something inside me wilts. 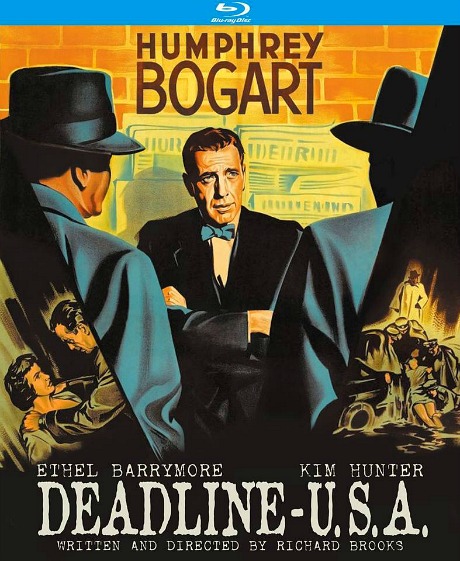