25 Comments
Vision and Originality, You Bet

Although I’m not a down-on-my-knees fan of Baby Driver, it’s nonetheless an exuberant, mad-style movie that warrants applause for delivering something fresh and inspired and seriously nutso. Which is a miracle in today’s realm. I saw it again tonight at the Academy, and enjoyed the hell out of Cameron Crowe‘s post-screening interview with director-writer Edgar Wright and supervising sound editor Julian Slatter.

Another chunk of of my 6.28 review: “Baby Driver is one of the most strikingly conceived, purely enjoyable fast-car crime flicks I’ve ever seen. With Ansel Elgort as a Ryan Gosling-level getaway driver who needs the right kind of song playing in his ear buds in order to make it all come together, Baby Driver is a kind of action musical -— cray-cray car chases and ferocious gunplay synchronized with the sounds and vice versa. To some extent it reminded me of Drive, and at other times of Thief, Gone In Sixty Seconds, Bullitt…that line of country. At times undisciplined and often quite mad, but a great visionary action-and-music flick.” 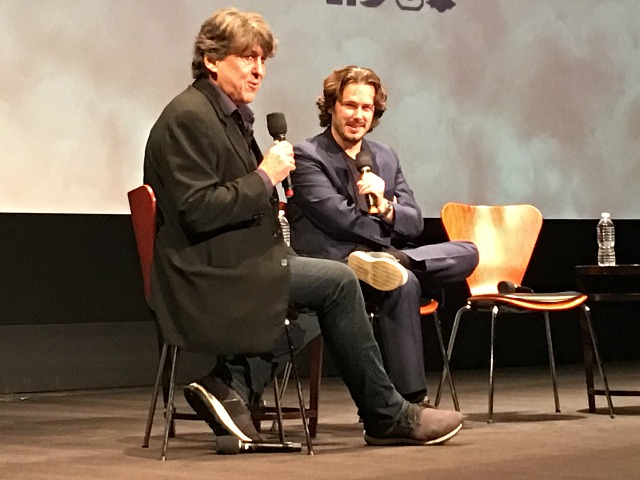 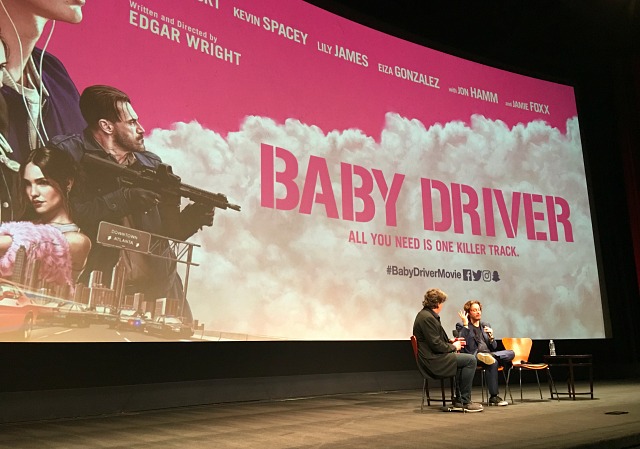 If I wasn’t trying to read the general mood of the crowd I’d have Call Me My Your Name, Lady Bird, The Square, War For The Planet of the Apes, Baby Driver and The Florida Project in my top six slots on a quality-grade alone. If I take Dunkirk out of first place, what do I replace it with? My gut tells me The Post will probably be nudging into first place within five or six weeks. Maybe. I’m also starting to feel a little foolish keeping The Greatest Showman on my list, as 20th Century Fox hasn’t screened anything since that razzle-dazzle Cinemacon presentation last March. Wonder Wheel screens this coming Friday so we’ll see how that goes. 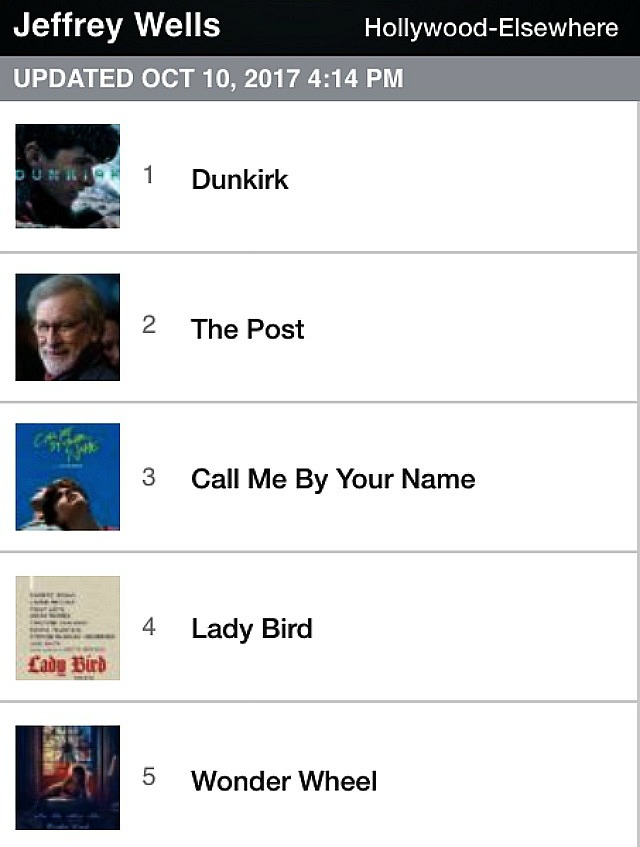 “Does mother! have to be explained? What about the experience of watching it? It was so tactile, so beautifully staged and acted — the subjective camera and the POV reverse angles, always in motion…the sound design, which comes at the viewer from around corners and leads you deeper and deeper into the nightmare…the unfolding of the story, which very gradually becomes more and more upsetting as the film goes forward.

“The horror, the dark comedy, the biblical elements, the cautionary fable — they’re all there, but they’re elements in the total experience, which engulfs the characters and the viewers along with them. Only a true, passionate filmmaker could have made this picture, which I’m still experiencing weeks after I saw it.

“Good films by real filmmakers aren’t made to be decoded, consumed or instantly comprehended. They’re not even made to be instantly liked. They’re just made, because the person behind the camera had to make them. And as anyone familiar with the history of movies knows all too well, there a very long list of titles — The Wizard of Oz, It’s a Wonderful Life, Vertigo and Point Blank, to name just a few — that were rejected on first release and went on to become classics. Tomatometer ratings and Cinemascore grades will be gone soon enough. [Or] maybe they’ll be muscled out by something even worse.

“Or maybe they’ll fade away and dissolve in the light of a new spirit in film literacy. Meanwhile, passionately crafted pictures like mother! will continue to grow in our minds.” — posted in The Hollywood Reporter on 10.10.

Wells to Scorsese: I wouldn’t hold my breath waiting for “the light of a new spirit in film literacy”…not in this Godforsaken culture. 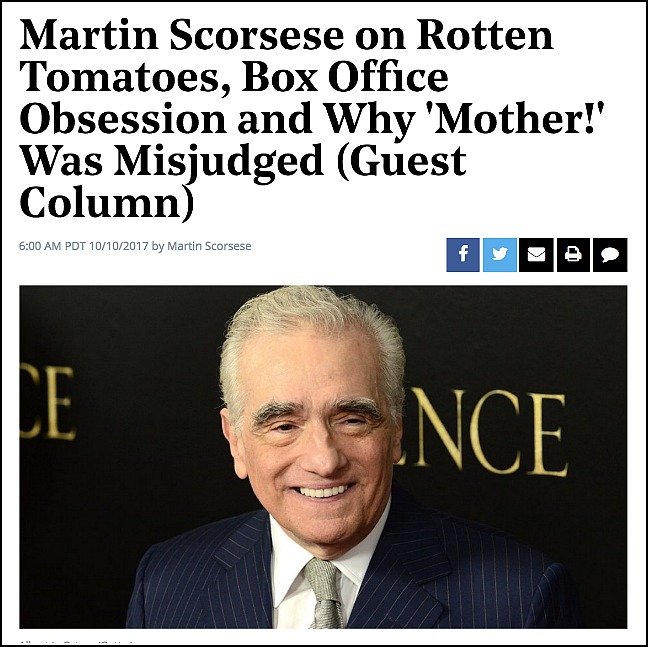 Right now I’m wearing a $200 non-battery, handwound Swatch…good enough. Sidenote: Yesterday I was bullied and terrorized by the thought police for having written about a slow-reacting overweight person. It was a true story but I took it down because I was scared of what the thought police might do to me. Well, here’s another true story. When I was living in Westport in the late ’70s I knew an overweight guy who would roll into the kitchen and use the bathroom from time to time but who mainly sat on his couch and watched TV. One day he bought a self-winding watch, the kind that would wind itself if you engaged in a little natural movement. This guy was so sedentary that his watch stopped, or so his wife told me. This really happened.

There’s a special Academy screening of Edgar Wright‘s Baby Driver this evening. I’m taking Tatyana because she’s never been to the Academy, and because I honestly like the first 90 minutes. A q & a between Wright and Cameron Crowe will happen post-screening. Someone (me?) needs to ask Wright the following question: “Why, after maintaining a sense of rhythmic and musical control over Baby Driver for almost the whole film….why did you go nuts during the last 15 minutes? You had things more or less together and then you went crazy and sent your movie over the side, off a bridge, into the river…WHY?”

The legendary Jane Goodall, the British primatologist and anthropologist commonly regarded as the world’s foremost expert on chimpanzees, has been interviewed and profiled countless times over the last 50-plus years. Everyone loves and admires her, and we all want to be as sharp, lucid and healthy as Goodall when we hit 83, which is where she is now.

Brett Morgen’s Jane (National Geographic, 10.20) is merely the latest filmed tribute to Goodall’s devotional calling, which began in Gombe, Tanzania in 1960 or ’62 or something like that, and continued into the 21st Century. The film covers her upbringing, how she got started at a chimp-watcher, her principal primate observations, anecdotes about her personal life, etc.

Does Morgen’s doc pass along anything new about Goodall? As far as I can discern, nope. It does, however, unspool a trove of heretofore-unseen 16mm color footage of of Goodall studying chimp behavior, shot during the ’60s and early ’70s by her then-husband Hugo van Lawick. The footage is luminous, well-framed and apparently was always shot around magic hour — Lawick had an eye, knew his craft.

On top of which Jane has been scored by Phillip Glass, whose symphonies always sound similar and I don’t care. (I know his Fog of War soundtrack backwards and forwards.) And it contains a lot of recent footage of Goodall talking to Morgen about pretty much everything.

Jane is a good and moving film. It has spirit, love…a glow about it. There have been many filmed studies of Goodall and her work, but this is the first smoothly composed, bucks-up, Hollywood-friendly version. Glass’s score encourages you to feel a bit of what Goodall probably felt or sensed as she began her studies. The film is comprehensive but not excessively so. It ignores a ton of material, but it only runs 90 minutes so whaddaya want?

I saw Jane last night at the Hollywood Bowl, at the invitation of National Geographic Films. Goodall and Morgen came out before the show began and shared a few words. Glass’s score was performed live as the film showed on a fairly large screen. The air was warmish, the sky was clear — a very soothing atmosphere. Will Jane be nominated for a Best Feature Documentary Oscar? Sure — why not?

Sidenote: A picnic bag of free food was provided to every invitee. The vittles included roast beef, watermelon and goat cheese salad, a sesame seed baguette, mixed berries and sweet cream, shrimp and a pint of shrimp sauce, a bottle of red and white wine, etc. I was concentrating on the shrimp and the shrimp sauce, and that was my undoing. At some point I shifted in my seat the wrong way and the open container of sauce flipped over and kerplopped on my lap. I moaned like a wildebeest being eaten by wild dogs. My right jeans leg was covered in red glop; both suede shoes, my socks and my black jacket got fuck-smeared also. “Ohhh, God…this is disgusting!” I went off to the bathroom and used about 75 paper towels to try and remove most of the shrimp sauce. It took me about 45 minutes to emotionally recover.

Did I let the shrimp-sauce disaster get in the way of my respect for Ms. Goodall or my admiration of her work or my enjoyment of Jane? Of course not. I’m not a six-year-old. On the other hand I’d be lying if I said I won’t think of that gloppy red goo every time I think of Goodall henceforth or consider a photo of a chimpanzee.

29 Comments
As Long As We’re Throwing Rumors Around…

A guy who knows nothing says that a full-boat trailer for Phantom Thread was recently test-screened or focus-grouped, and that the title given in this trailer was The Phantom Thread, which of course sounds godawful. I can’t emphasize how much I hate the unnecessary use of “the” in any context or capacity. I don’t even like the “the” in “the end” — I prefer “finis.” 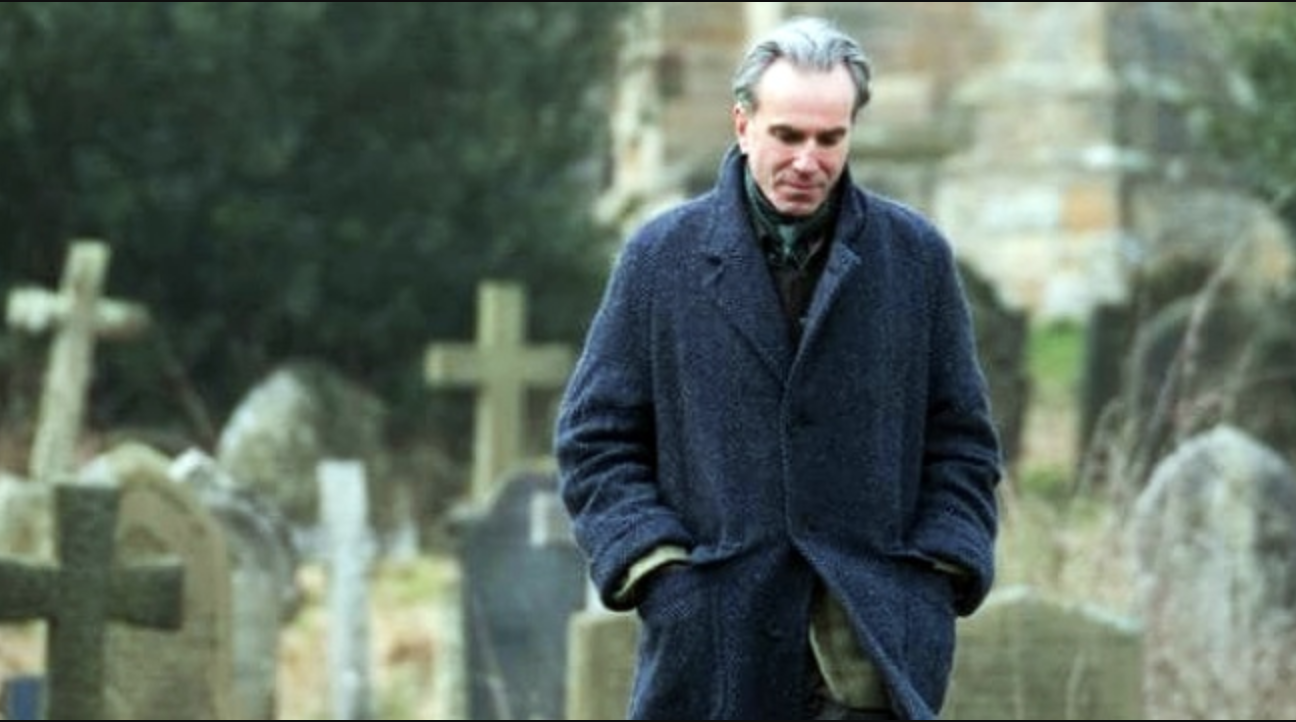 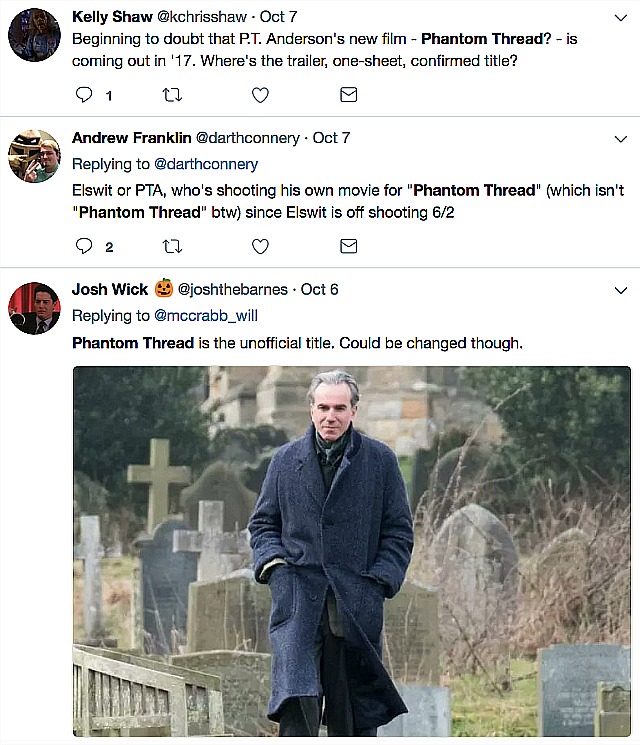 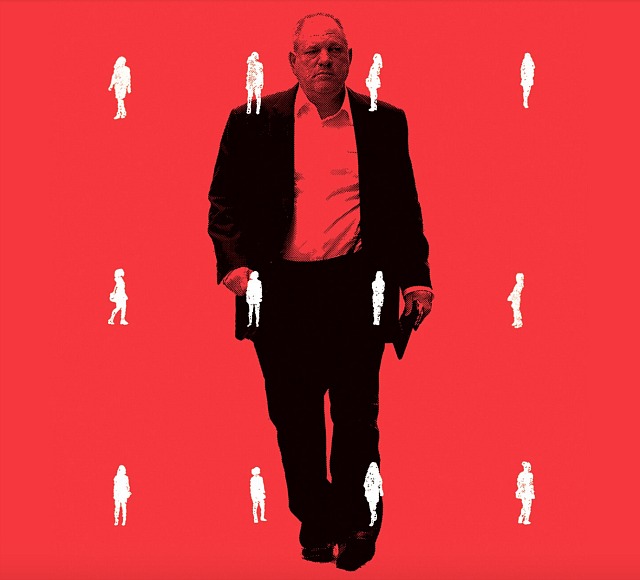 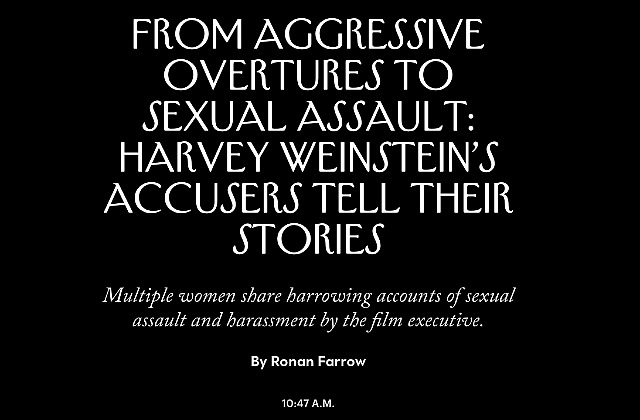