All this time I thought that John F. Kennedy‘s nickname for Inga Arvad (“Inga Binga”) was some kind of snickering locker-room allusion. It always sounded to me like a somewhat derogatory term that suggested a certain impassioned aptitude in the sack. A couple of days ago I came upon this WWII-era letter (dated 11.10.43) that Arvad sent to JFK. Her signature seems to read “Inga Binga.” It seems, in other words, to have been a nickname that she accepted, at least when it came to communicating with JFK. At the time Arvad was living at 1156 Hacienda Place, a West Hollywood address just south of Fountain and north of Santa Monica Blvd. 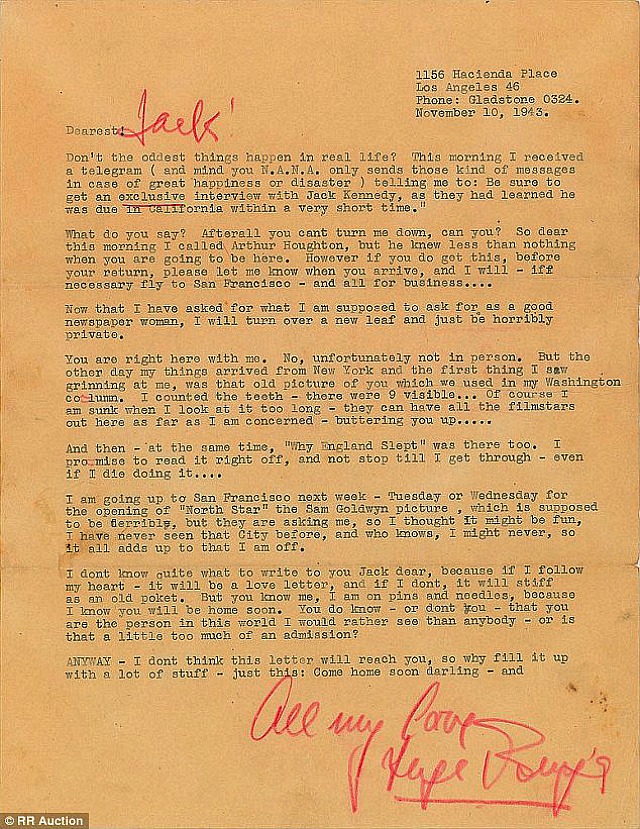 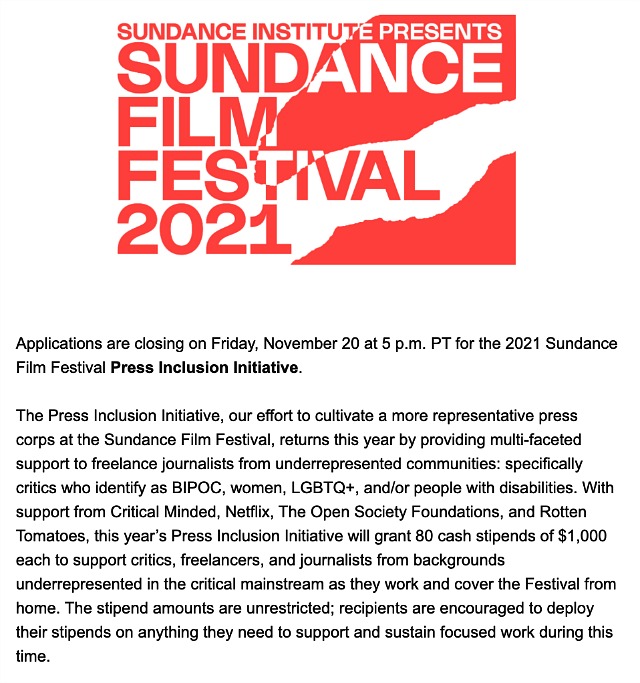 From “I Remember When Rock Was Young,” an 11.25 N.Y. Times piece by Jennifer Finney Boylan:

“Linda Ronstadt remembers that night: “He came onstage and the place just exploded. He was so dynamic and he was so charismatic and he was so good. And he just ripped the hell out of that piano and sang his ass off.”

“Ronstadt: ‘We were all hanging out in the balcony. He came on and it was like a flash of explosives. And we were hanging over the balcony screaming our guts out.’

“If you want to hear what Elton John was actually like in those young days, you might listen to the album ‘11-17-70,’ which turned 50 years old last Tuesday.”

Last night I caught Steven Soderbergh‘s Let Them All Talk (HBO Max, 12.10). Deborah Eisenberg‘s script is about prominent author Alice Hughes (Meryl Streep) sharing a trans-Atlantic crossing with two old friends (Candice Bergen, Dianne Wiest), a 20something nephew (Lucas Hedges) and Streep’s 30something editor (Gemma Chan). No reactions until the embargo lifts on the morning of 12.3, but I can at least riff on the general ambiance aboard the Queen Mary 2, upon which 90% of the film unfolds.

Soderbergh shot Let Them All Talk aboard an actual QM2 voyage between New York and Southampton, and so he naturally captured the atmosphere and social climate that would immerse any passenger. And in this narrow sense it’s about luxury, reddish rosey colors, flush vibes, first-class cabins, restaurants, workout salons, cafes, cocktail lounges, waiters and bartenders.

And therefore, from a certain perspective, the film seems to be only incidentally about the fact that they’re travelling across the mighty Atlantic Ocean, and the possibility that there are all kinds of meditative or spiritual benefits to be gained from breathing in that sea air and maybe gazing at the whitecaps and waves, and maybe noticing some smaller vessels or whales or dolphins or (let’s use our imagination) an abandoned 20-foot sailboat with a torn sail, or maybe some kind of Robert Redford-like figure on a life raft, waving for help.

You’ll notice that at the 24-second mark and just before he sits down with Lucille Ball, William Holden fingers his trousers and hitches them up a bit. This was a thing that my father’s generation did back in the days when they all wore baggy pleated dress pants. Why they did this I’ll never know, but I just want to say for the record that I’ve never ever yanked my pants northward before sitting down with anyone. And that I would refuse to do it if I was time-machined back into the mid’ 50s. Just not a samurai poet thing to do.

You can watch The Irishman on Netflix any time you want, and it looks great. I’m not sure if it’s a 4K or 1080p presentation, but the color, sound and detail are perfect. So what’s the point of paying $32 for a Criterion Bluray version of this 2019 Martin Scorsese classic? I’ll tell you what the point is — it’s a nice keepsake. By putting it on your bookshelf you’re more or less saying to family and visitors, “I respect Parasite but I’m not really a Parasite type of guy. Because I’m an Irishman type of guy. I would rather watch Al Pacino‘s Jimmy Hoffa get pissed off at Stephen Graham‘s ‘Tony Pro’ for being late ‘to a meetin” 15 or 20 times than watch that clumsy Parasite scam artist family let that stupid maid into the house in the middle of a torrential downpour once. I will never, ever watch Parasite again (twice was more than enough) but I’m ready to watch The Irishman any number of times between now and whenever. 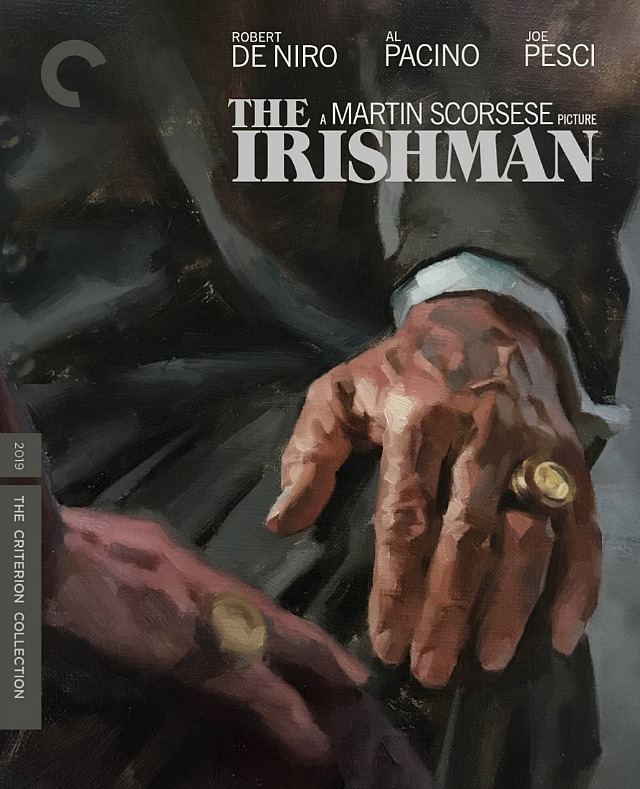 16 Comments
It’s Not How Many Years…

…but the quality of the journey. And so I would choose 9, 1 (which I already have but it doesn’t hurt to have insurance) and…uhm, 4. Because all good things flow from wealth and health, and because I’d like to be Jesus of Nazareth on the side. I have 6 already from my marriage to Tatiana. 7 and 8 are silly. 2 is on you — eat right, take care of yourself. 5 isn’t necessary as my intelligence levels are formidable as is. If I were single I would say “if you have 9 you don’t have to worry about 6.” 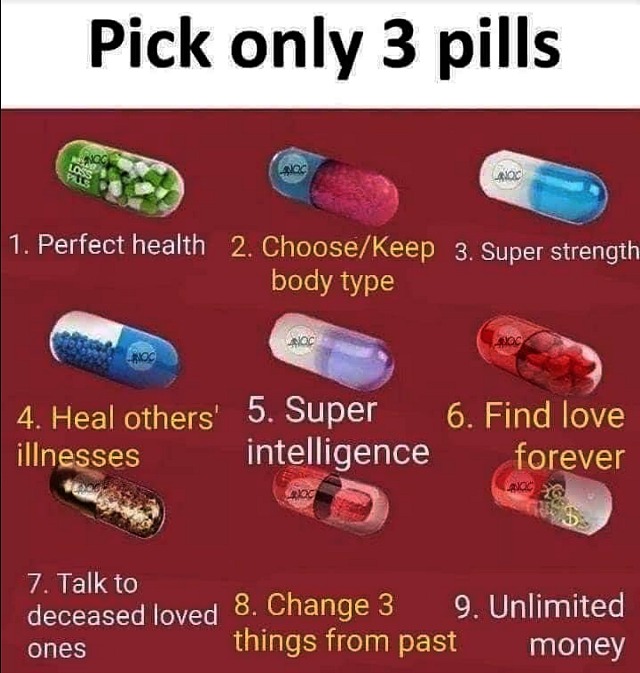 George Clooney‘s The Midnight Sky (Netflix, 12.23) is an apocalyptic gloom-and-doomer of an allegedly high calibre. Based on Lily Brooks-Dalton‘s “Good Morning, Midnight” with a screenplay by Mark L. Smith, it’s about an Arctic-based scientist named Augustine (Clooney), seriously ill and coping with a ruined world, trying to keep a team of astronauts (Felicity Jones, Kyle Chandler, Demian Bichir, David Oyelowo, Tiffany Boone) from returning to earth.

I’m personally devastated that this ambitious film, directed by Clooney and shot on large-format 65mm celluloid, won’t be commercially booked into IMAX theatres or any other big-screen venue due to Covid. I’m also depressed to have heard that George recently rented out Westwood’s Village theatre to screen it for a few Netflix staffers and friends. Depressed, I mean, that I wasn’t invited to attend. I live for large-format films and huge screens…c’mon.

HE to Netflix: Please consider showing it again on a big screen and inviting a few masked journos (including myself) to see it wherever…IMAX headquarters, Westwood, American Cinematheque, you name it.

From Pete Hammond’s Deadline interview with Clooney, posted on 11.23: “[This] is an exceptionally well-made and engrossing film, an epic told on an intimate scale that…deserves to be on anyone’s short list for awards recognition. Its images have certainly haunted me since I saw it a few weeks ago, particularly in the facial expressions of Clooney’s young co-star, 8-year-old Caoilinn Springall, chosen from among hundreds who auditioned.

“Like much of what attracts Clooney to make movies these days, this one has a penetrating resonance and pertinence for what is going on in our lives, and despite a large-scale production shot in Iceland during horrific weather conditions and on a soundstage in England involving a virtual spaceship and other VR challenges, it is ultimately an intimate story full of silences and internal thought and the need for human connection.

“Oddly, it also offers hope. It is that last part that not only makes this an exciting and also meaningful adventure, but one that also makes this film feel incredibly relevant right now.”

…except in this instance, the mishearing is better than the actual lyric.

“Sway” a song recorded by Dean Martin in the ’50s, is heard over the closing credits of Jonathan Glazer‘s Sexy Beast, which I saw for the first time 20 years ago at the Toronto Film Festival and which I happened to re-watch last night on HBO Max**.

In the third stanza the “Sway” lyrics read as follows: “Other dancers may be on the floor / Dear, but my eyes will see only you / Only you have the magic technique / When we sway I go weak.”

I’ve watched Sexy Beast several times over the last two decades, and every time at the end of this stanza Martin sings “I go wheee.” Which is a much better line. The guy is head over heels with a new lover, and when the randy mood builds and builds he says “wheee!” to himself like a kid on a rollercoaster. Do you understand how much better that is than “I go weak”?

On 10.2.04, James Gandolfini performed a Saturday Night Live “Weekend Update” bit with Tina Fey and Amy Poehler. He spoke as Tony Soprano, of course, and so his remarks about recently resigned New Jersey governor Jim McGreevey were meant to be absorbed ironically or, you know, winkingly. Even within this strict context, this kind of routine would never be performed today…not a chance. The twitter howls would be deafening.

In Focus Features’ press notes, Ethan Coen clearly stated that A Serious Man “takes place in 1967.” (And particularly during the “summer of love.”) And yet when the Columbia Record Club guy calls Larry Gopnik (Michael Stuhlbarg) about late payments, he mentions two 1970 albums — “Santana Abraxas” and Creedence Clearwater Revival’s “Cosmo’s Factory.” The Coens are very exacting screenwriters and filmmakers so why would they do this? They could have easily fixed this.

This early scene in Louis Malle‘s Damage (’92) is one of the all-time best of its type — a scene in which penetrating eye contact removes any doubt whatsoever about what will soon transpire. It doesn’t matter that the below clip has been dubbed into German — the absence of native English almost intensifies the effect.

I can think of only one other eye-current scene that works as well — the scene when Warren Beatty runs into Julie Christie at the very end of Heaven Can Wait inside the L.A. Colisseum — they’ve only just “met” in a certain sense, but their shared emotional future is instantly apparent.