I went to a special “Dos Amigos” screening of Children of Men last night on the Universal lot, hosted by Guillermo del Toro and Alejandro Gonzalez Inarritu. (Men director Alfonso Cuaron is in Mexico, I was told.) Two screening rooms on the eighth-floor of a Universal office building (i.e., where publicity and marketing works from) were used.

Del Toro and Innaritu spoke to the crowd before it started, with the former talking about the importance of “viral” word of mouth about Children of Men getting around as much as possible before Saturday’s Oscar nomination balloting deadline.
The projection and sound levels in the screening room I sat in were full, rich and needle sharp. (I took Jett and Dylan to see Men at the Lincoln Square just after Xmas, and the projection and sound levels sucked. Clearly, people who pay to see movies often see diminished versions — and it’s a real shame.) I especially loved that the entire frame of the film was shown — there was no masking at all. (You could see the slight rounded corners at the four points.)
There was a generously catered after-party at the Universal Grill following the screening. Director Michael Mann, producers Mark Johnson (Chronicles of Narnia, The Rookie) and Caldecott Chubb (Tonight at Noon), producer-screenwriter L.M. Kit Carson and Oscarwatch.com‘s Sasha Stone also attended.

I spoke this morning to Jesse Heistand, assistant director of communications at Directors Guild of America, and after some checking he confirmed that Babel helmer Alejandro Gonzalez Inarritu is the first Mexican director ever to be nominated for a DGA Best Director award.

Here’s a good Steven Spielberg line passed along by David Carr (a.k.a., “the Bagger”), and heard at Tuesday night’s National Board of Review awards gathering. “As he introduced Djimon Hounsou for Best Supporting Actor at the NBR, Spielberg recalled how his intense, angry appearance while in character as a slave in Amistad scared the other actors. So what’s the problem? Spielberg asked the actors. ‘We think he really means it,’ they complained. ‘Don’t you?‘ Spielberg replied.”

I doubt if former Paramount Pictures president Gail Berman had anything to do or say about the Dreamgirls Oscar campaign — Terry Press, Nancy Kirpatrick and Gerry Rich are calling the shots, no? — so I’m not sure I grasp the linkage that N.Y. Times Oscar columnist David Carr (a.k.a., “the Bagger”) wrote about this morning when he wondered “if the slow erosion of Dreamgirls leadership in the race to Oscar has anything to do with [Berman’s departure].” But the mere fact that Carr is talking about the Dreamgirls bandwagon losing steam caught my attention nonetheless.
“Dreamgirls had a limited opening and then was expected to explode its way to huge audiences and major awards,” he’s written. “Some silly bloggers took the bait, and while the movie is doing fine, it’s not breaking down the doors. In fact, over the past few weeks, there has been far more talk about the other big D, The Departed, than Dreamgirls.
“Oscars can break careers as well as make them and there continues to be a perception that Ms. Berman and others misplayed a big lead. Others point out that with all-black cast, Broadway-musical DNA and stiff competition from a star-studded cast in The Departed, it was always going to be a dogfight.”
Does this mean Carr will be denied entrance to the Dreamgirls Golden Globes party? Does this mean a couple of goons will walk up to him when he steps out of his Los Angeles hotel during his next visit and say, “Hey, buddy, got a match?” and then whoomph and lights out?

Finke has been told that Grey “doesn’t think there needs to be one after the Dreamworks acquisition since Berman’s slate was permanently reduced to only 6 to 8 pictures a year now. Everything will stay with same with the existing personnel, so there are no plans to up anyone’s titles or responsibilities.
“Instead, Grey will act as ultimate referee of the four creative hubs now reporting to him: Paramount, with 6 to 8 pics, Dreamworks with another 6 to 8 pics, Nickelodeon/MTV with 2 to 4 pics, and Vantage with another 10 pics. Over the years, lots of chairmen/CEOs in the entertainment world have run companies like this.”

Ethan Coen and Tricia Cooke‘s Drive-Away Dykes, as profiled by Scriptland‘s Jay Fernandez in the L.A. Times, sounds awesome. “A lesbian road-trip action sex comedy [that] promises all the laughs, thrills and mischief of the old double-bill sexploitation cinema, women on the road, all kinds of action,” blah blah…terrific. Two comments: (a) why didn’t Hernandez or his editors link to what appears to be a Coen and Cooke-sanctioned Drive-Away Dykes site? and (b) Allison Anders will be fine as the director, but c’mon…this thing has Larry and Andy Wachowski’s names all over it. Nobody has delivered hotter mainstream lesbo action (Bound, V for Vendetta) than these two.

Here I am once again lowering myself by tattered rope into the steaming cauldron full of rat’s tails and slithering serpents that is David Poland‘s Hot Blog.”
The bottom line with yesterday’s anti-Wells posting is that Poland likes the Hollywood Reporter‘s Sheigh Crabtree, so he felt not only shocked (“dropped my jaw”) but betrayed when she referenced that letter I received yesterday from a director who said that Children of Men and Pan’s Labyrinth didn’t make the DGA cut because members hadn’t had a chance to see either one, etc.
Then he had the staggering obstinacy to actually question the notion that Brokeback Mountain lost the Best Picture Oscar due to homophobia (the specific reason it lost, I believe, was geezer homophobia — i.e., the “Howard Hughes and John Wayne wouldn’t like it” Tony Curtis contingent)…unbelievable.
Then he described me as “the man who most wants to see Dreamgirls go away.” I dispute that. As I recently told a Dreamgirls operative, “I haven’t taken huge dumps on this film. I don’t like it that much as a whole, but I like the entertaining elements. I said in my first piece on it that I liked it in spurts. The truth is that very few critics are high on it — let’s call a spade a spade — but I haven’t campaigned against it, I’ve held my water, and I’ve always been respectful. Besides, I think Jennifer Hudson is great. And I personally love Bill Condon and look forward to his next film.”

I’ll always think respectfully of Italian producer Carlo Ponti, who died yesterday at 94, for having produced Federico Fellini‘s La Strada, Michelangelo Antonioni’s Blow Up, and The Passenger, Milos Forman‘s The Fireman’s Ball and Ettore Scola‘s A Special Day. But frankly…honestly? The image I’ve had of the guy all my life was that of a corrupt operator with an oily streak who got lucky by knowing the right filmmakers at the right time.
Critic Andrew Sarris once muttered something to me back in the late ’70s about Ponti making payoffs to exhibitors (I think) back in the day. Ponti was 37 when he first eyeballed 15 year-old Sophia Loren in a beauty contest, and you know he must have made a move of some kind right then and there. Ponti married Loren seven years later, when she was 22 and he was 45, in 1957. But God bless the man for engineering the making and release of those classic films. Plus Dr. Zhivago (love Alec Guiness‘s performance in that, and Tom Courtenay‘s) and Two Women .

“Step away from the bike!….take your stupid mask….how’d it get burned?….no, not the bees…noooo!” Due respect to Neil Labute, but this “Best Scenes from The Wicker Man” YouTube clip is hilarious. It didn’t seem all that funny when I saw the film. (Except for Nic Cage lumbering around in the bear suit.)

You know a movie is a formidable Oscar contender when a whisper campaign starts making the rounds against it. Or: if they aren’t whispering against you, you’re not really in the game. What are the current whisper campaigns? I was told this morning that some are calling Little Miss Sunshine “this year’s Sideways“…in other words, too marginal, too blue-state-ish, doomed to lose, etc. Dreamgirls, they’re saying, “is entertaining but isn’t all that good.” The Departed “isn’t about anything.” Remove the aura of Helen Mirren‘s performance and The Queen is “just a pretty good British TV movie.” None of these are very mean or ugly. Has anyone heard any that would qualify as deplorable? 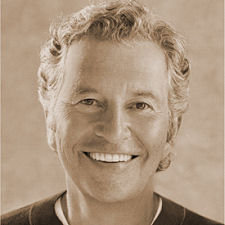 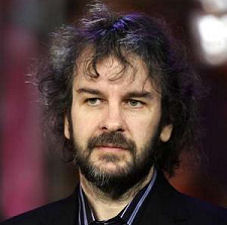 The Envelope‘s Tom O’Neil is announcing that Peter O’Toole landed yesterday in New York City. On U.S. soil! And hitting Los Angeles sometime later this week! “You can imagine how nervous his Oscar campaigners have been about getting him stateside for the Globes ceremony and his Oscar campaign,” O’Neil writes. “But he made it — to cyberscreams of joy. Yesterday I got a Blackberry message from one of his campaign chiefs, exclaiming, ‘He’s on the plane!'”
O’Toole “landed in New York yesterday for an appearance on ‘The David Letterman Show’ tonight. Today he’s also shooting a photo session for Vanity Fair‘s Oscar issue and is taping an interview with ‘The View’ that will air on Friday. While in town he’s also doing interviews with Charlie Rose, Today, Nightline and with Jon Stewart for The Daily Show. Plus print interviews with the likes of USA Today and radio chats with All Things Considered on NPR.
“Then he heads west to attend the Golden Globes. How long will he remain in Hollywood? Nobody knows, probably not evenly charmingly cranky O’Toole himself.”