In the same Esquire piece, Nicholson laments that “moviegoers are no longer able to connect emotionally with a good old-fashioned film,” according to Scott Raab‘s paraphrasing. “It’s like a dead nerve,” Nicholson says. “A whole generation — maybe two generations now — all they know are special effects. Not just all they know. That’s all they want.”

But Penn later disputes this. “They’ll get back there,” he says of audiences (but without specifying GenX or GenY). “Chocolate cake is not a need [but] a luxury. Dreaming is a need — a survival need. And it can pass up epochs — generations can die off — but it’s in the DNA of mankind. It cycles back to the point where people say, ‘No, no, no — I’m not gonna not dream. I’m not gonna not feel. Even if you get a numb generation, that’s not the death of it. It has an Easter.

“I’m committed to the idea — and I always have been — that the audience doesn’t always know that they’re being lied to. And the lies do have damage that they leave behind. But there’s always hope that they know when they’re being told the truth.”

Okay, but it’s not “truth” plain and gleaming that people go to movies for. They go to movies for the myths that they feel they need to open up to and embrace at a given moment — myths that augment or counter-balance whatever the prevailing need or neurosis or hunger might be. If a film settles in deep and true and delivers a certain thing that people feel they want (the awareness of which is sometimes subconcious), it has a chance of catching on.

Because I despise those Esquire magazine “sexiest woman alive” mystery pieces that dingle-dangle for two or three months before naming the actress, I’m going to spoil the current one. The chosen lady is Charlize Theron, and the quotes are from In The Valley of Elah director-writer Paul Haggis. So there.

Martin Gero‘s Young People Fucking, which will show at the Toronto Film Festival on 9.6, 9.7 and 9.8, “lives up to its title — or down to it, depending on your point of view,” according to NOW’s John Harkness. His boilerplate description — “a smart comedy following five couples, in once case a trio, through an evening’s sexual encounters that reflect various elements of the relationships” — is counter-balanced by an admission that “it ain’t La Ronde [although] it succeeds within its own self-imposed limits.” But I’m going to see it (probably, maybe) because Harkness claims “it has the funniest single line in any movie this year.”

Every so often a film is re-named by critics and moviegoers in a way that sticks because the smart-ass title seems like a better, more dead-on thing to call it. Whenever I think back to The Legend of Bagger Vance (which is not often), I always laugh at the title that (according to a friend) some wag at Entertainment Weekly had given it — Bag of Gas. In the same tradition an HE reader recently renamed Robert Benton‘s Feast of Love (MGM, 9.28), which I haven’t seen but is said to contain ample nudity, as Feast of Tits. A lame and sophomoric shorthand, yes, but funny if you’ve had a couple of beers. I suspect it’s already making its way into the lexicon.

Surely there have been other good retitlings over the years. I’m leaving it up to the readership to name them. I’m talking about ones that have actually gotten around and settled in. No cheap-ass, on-the-spot retitlings that someone might think up just to put a movie down.

John Cusack has been in 50 films so far, and out of these, he tells the Guardian‘s Ryan Gilbey, ten have been “good.” I would say it’s more like twelve — The Sure Thing, Eight Men Out, Say Anything, The Grifters, Bullets Over Broadway, Grosse Pointe Blank, Con Air, The Thin Red Line, Being John Malkovich, High Fidelity, 1408 and Grace is Gone. (I haven’t seen Martian Child, but isn’t that supposed to be reasonably decent as well? Maybe not.) 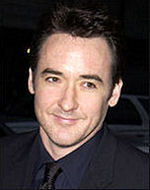 On top of which Max, Identity and Pushing Tin weren’t half bad also, and Cusack had a tiny part in Broadcast News also. So let’s make it 15 or 16. To be genuinely or somewhat proud with slightly less than a third of the films you’ve made over the last 24 years is, I think, a pretty good track record.

Put in perspective, this is a better percentage than Kirk Douglas managed to rack up over the course of his 89-film career.

Douglas said almost the exact same thing to me in a chat we had in ’82 — “I’ve made a lot of crap but I’ve made a pretty fair number of good ones also, and that ain’t bad.” By my count, Douglas made 17 films that are either good, very good or classic-level — Out of the Past, A Letter to Three Wives, Champion, Young Man With a Horn, The Glass Menagerie, Ace in the Hole, Detective Story, The Big Sky, The Bad and the Beautiful, Lust for Life, Paths of Glory, The Vikings (love that film!), The Devil’s Disciple, Spartacus, Two Weeks in Another Town, Lonely Are The Brave and Seven Days in May. And they were made over a 17 year run (’47 to ’64).

Cusack started earlier (he was 16 or 17 when he made Class) while Douglas’s career didn’t really get going until he was pushing 30, but Cusack is nonetheless batting about .300 while Douglas’s lifetime average is less than .200.

Until fifteen minutes ago I had never once analogized Cusack and Douglas. I don’t think anyone else has either, and I doubt if anyone ever will again. But they’ve both tried very hard (when at all possible) to be in films of quality, and they’ve done better than most in this respect.

The teenage hormonals and cultural cretins are in the process of rewarding the MGM/Weinstein/Rob Zombie Halloween — a $10 million-plus earner yesterday and a projected $35 million grosser by Monday night — and thereby helping to balance the books on all the Harvey Weinstein projects that don’t as a rule tend to bring in huge amounts of dough (i.e., I’m Not There), which is obviously a good thing.

So let’s hear it for ebb and flow and ecological balance, etc. But what does it say about a moviegoing culture that goes apeshit for Rob Zombie’s latest but will, in all likelihood, blow off or minimally patronize The Assassination of Jesse James by the Coward Robert Ford when it opens three weeks from now?

Fantasy Moguls’ Steve Mason is declaring that Halloween “will easily become the all-time #1 4-day Labor Day weekend champion, but who could have guessed that it would come in 44% above previous record-holder Transporter 2?” And it’s probably the first box-office breakout Malcolm McDowell has been in since Blue Thunder or Time After Time.

So it’s good news all around and I recognize that Zombie is is a respectable craftsman, but getting flush off a movie like this is like lining your pockets from selling heroin.