Being a cinematic plebeian at heart, I’m more impressed with the Contempt photo-wall below than I am with Terrence Rafferty‘s 3.9 N.Y. Times piece about this classic Jean Luc Godard film being revived at the Film Forum (3.14 to 3.27). I’ve read the piece twice and I can’t find that one clean sentence that just lays bare the essence. You know. So the dumb guys can figure it out. 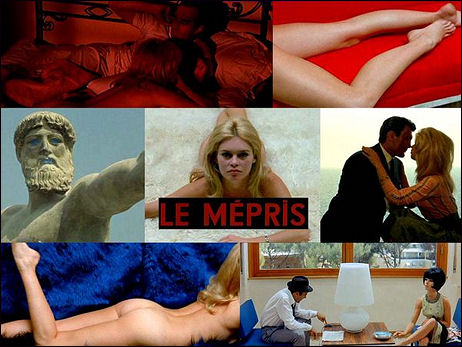 I’ve had this idea for years that Contempt (’63) was about the rancid nature of the film business and at least partially (subliminally) about Godard’s contempt for producer Joseph E. Levine. Rafferty says it’s about “the relation of man to nature.” 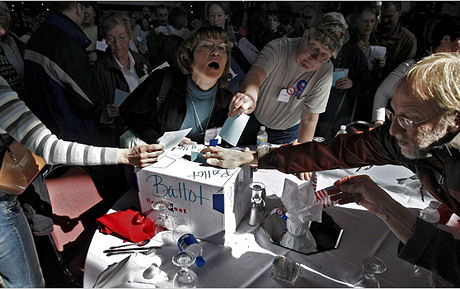 Vincent Gallo has the lead part in Francis Coppola‘s upcoming Argentine drama Tetro, but less than a month ago it was Matt Dillon‘s role. What happened?
Gallo will play the title character, “a brother in a family torn apart by rivalries and betrayal.” (Good God.) Javier Bardem will play an Argentine literary critic, Alden Ehrenreich will play Gallo’s younger brother, and Maribel Verdu plays Tetro’s longtime love interest.
I’m sorry, but something snapped inside after I saw Youth Without Youth. Before that experience the name Francis Coppola had, in my yearning moviegoer heart, a certain electricity, a creative vibe, a positiveness. That’s gone now. The man who directed the Godfather films, The Conversation, Apocalypse Now, One From The Heart and The Rain People, I fear, is no longer with us. I would love to be proven wrong.
Tetro, budgeted at less than $15 million, starts shooting on 3.31 in location in Buenos Aires. A 2009 release “with an as-yet-undetermined distributor” is planned.

“Rebooting the Batman franchise may be behind him, but Dark Knight director Chris Nolan still has to improve upon it,” writes N.Y. Times reporter David Halbfinger in tomorrow’s paper. “Sequels are always trickier. And now he must also navigate the aftermath of the Jan. 22 death of Heath Ledger.” 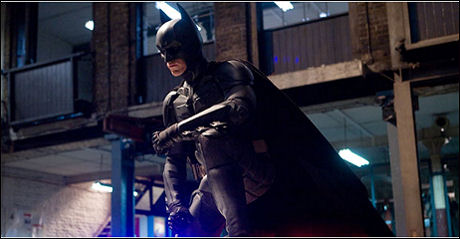 Nolan says he “felt a “massive sense of responsibility” to do right by Ledger’s “terrifying, amazing” performance as the Joker. “It’s stunning, it’s iconic,” he says. “It’s going to just blow people away.”
Halbfinger notes that “news that the prescription drugs that killed [Ledger] included sleep aids — along with narcotics — prompted internet chatter about whether his intense performance as the Joker, styled after Malcolm McDowell‘s in A Clockwork Orange, had been a factor in his demise.
While Ledger once called his Dark Knight experience “the most fun I’ve ever had, or probably ever will have, playing a character,” his fatigue was “obvious” to costar Michael Caine, Halbfinge reports. “He was exhausted, I mean he was really tired,” Caines says. “I remember saying to him, ‘I’m too old to have the bloody energy to play that part.’ And I thought to myself, I didn’t have the energy when I was his age.'” 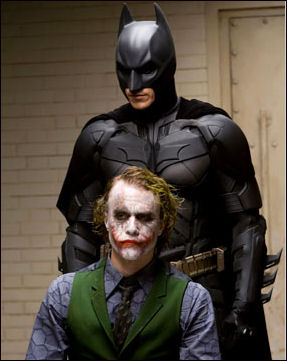 That sounds like disingenuous movie-set talk. Caine wasn’t a sickly youth. When you’re in your 20s you can do just about anything and then go out drinking with your friends. Anyone in their 20s who moans about being tired and drained from work all the time is lacking youth’s natural constitution.
Dark Knight cinematographer Wally Pfister adds that Ledger seemed “like he was busting blood vessels in his head…it was like a seance, where the medium takes on another person and then is so completely drained.” What is this? What’s being said here? It’s called acting, giving yourself over to the role, submitting to the spirit, etc. Why are these people characterizing Ledger’s efforts as analogous to being flogged and nailed to a cross?

Variety‘s Joe Leydon likes Robert Luketic‘s 21…great. But after his slightly-too-affectionate Semi-Pro review that ran on 2.28, I don’t know. I’m still smarting from that. I feel a little more comfortable with reviewers who err on the side of hostility, or at least snideness. 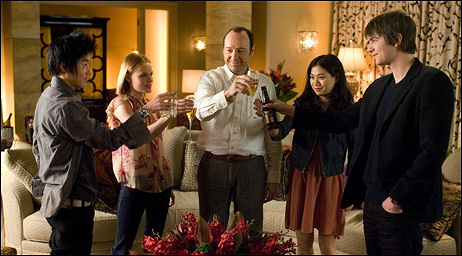 “A flashy fictionalization of an extraordinary true-life story about college kids who counted cards to win big in Las Vegas, [it’s] is a better-than-even-money bet to be an important player in the spring B.O. tournament,” Leydon says. “Pic shrewdly shuffles together attractive young leads (Jim Sturgess, Kate Bosworth, Aaron Yoo, Liza Lapira, etc.), cagey screen vets (Kevin Spacey, Lawrence Fishburne) and a fantasy-fulfillment scenario in a slickly polished package that should appeal to anyone who’s ever dreamed of beating the odds.
“Only the lack of some truly megawatt star power might hold the Sony release back from a massive, rather than just lucrative, payday,” Leydon writes.

Clinton-McCain, clear choices, two lifetimes of experience. No containing the repulsion…sorry.
“A contender for the Democratic nomination, praising the Republican nominee as preferable to her Democratic rival,” Yale lit professor David Bromwich has written, “was a rash act and probably unprecedented. Joe Lieberman did something like it, but only after he declared himself an ‘independent.’
“In the same session with reporters, Senator Clinton glowed at the thought of herself and John McCain together. ‘Both of us will be on that stage having crossed that threshold,’ she said. And again: ‘I think you’ll be able to imagine many things Senator McCain will be able to say. He’s never been president, but he will put forth his lifetime of experience. I will put forth my lifetime of experience. Senator Obama will put forth a speech made in 2002.’
“As other observers have noted, this is the kind of thing you say if you are John McCain’s running mate, not what you say if you mean to campaign fiercely against him. It was a remarkably destructive statement — a defection from party loyalty, and a subversion of the principle that is supposed to underlie such loyalty.”

10,000 B.C. did $12.5 million yesterday and will wind up with close to $32 million by Sunday night. (It may do slightly better than this, but the word-of-mouth is far short of ecstatic.) Martin Lawrence‘s College Road Trip, a piece of shit according to Rotten Tomatoes, will do about $12.5 million and $4000 a print.
The almost completely dreadful Vantage Point actually came in third and will do about $7.6 million for the weekend. What kind of idiot would pay to see this a film of this calibre on its third weekend? Wlll Ferrell‘s Semi-Pro has dropped 51% for a likely weekend haul of $5.9 million….off to the showers! The Spiderwick Chronicles…$4,990,000.
Roger Donaldson‘s The Bank Job — easily the weekend’s best opener — will come in sixth with $4,980,000 at $3100 a print, which isn’t very good. What’s wrong with people out there? They’d rather pay to see crap than a solid, well-crafted heist film? Is it the rote-sounding title? Is it because the Jason Statham fans, as I hypothesized the other day, prefer to see dumber, more intense action films in which the violence is more pronounced and the pace is more accelerated? The Bank Job, after all, is a kind of ’70s film. 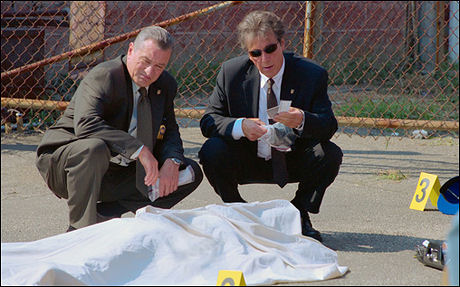