I don’t know what Barack Obama is doing now except making clear that he’s not a movement leader or a left-wing ideologue, but a crafty politician trying to appeal to the shmoes as well as the faithful who’ve been with him since ’07. He’s basically a liberal-minded centrist. He doesn’t seem to believe he knows everything or is absolutely right all the time. He seems to respect the idea of looking at things anew once in a while, to see how things may have changed or shifted around. That said, he’d better not overdo this move-to-the-center thing or he’ll piss off the lefties and then the press will start beating him up.

In his review of Guillame Canet‘s Tell No One, a superb French thriller that I finally saw this afternoon, New Yorker critic David Denby writes that he “realized I was very happy that everyone was speaking French. The reason is simple: an American version of this material would have had too many explosions and far too much violence in general, and it would have been similar to 30 other thrillers made here during the past ten years.” 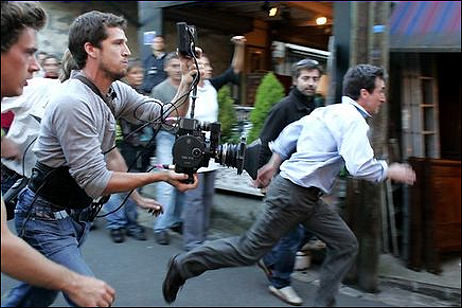 Truer words have rarely been spoken. It’s not that Tell No One, which involves murder, thugs, cops, gangstas, shootings, chases and the like, lacks thrills and intrigue. But it doesn’t brandish the cloddish brute machismo that you have to accept with if you’re going to watch a thriller made in this country.
American crime pics are about their stories and characters, sure, but they’re also about topping the last successful thriller in terms of visceral impact or stylistic panache. Their producers don’t want 15 year-old kids telling each other, “The shoot-out scene in that movie last month was a lot cooler.”
Tell No One is aimed at viewers who’ve had a year or two of college, read a book occasionally and have made it past the grand old age of 25. It plays its own game and sets its own standards. A little quieter, a lot smarter and much more riveting than…now I’m trying to think of a recent American murder-mystery I’ve really liked. It’s been a while.
Tell No One is based on an American mystery novel by Harlan Coben, but director Guillaume Canet, working with the screenwriter Philippe Lefebvre, “has set Coben’s material in a realistic social and working world where good-looking, intelligent, and articulate people find one another interesting,” as Denby notes. “La belle France! This emphasis on sociability is not unusual in French commercial filmmaking, but it’s virtually unknown in genre movies made here these days. There is violence — some of it startling, all of it significant — but that’s not what the movie is about.”
It’s also interesting as hell because the lead actor, Francois Cluzet, is almost a dead ringer for Dustin Hoffman, or rather Hoffman as he looked around the time of Rain Man, Family Business and Dick Tracy. It’s like watching Hoffman’s twin brother since he has a similar acting style, keeping the tension tucked inside but always radiating intelligence and paying close attention, etc.
It’s doubly fascinating that Canet puts Cluzet through a terrific foot-chase sequence in Paris, since it recalls the nocturnal running-through-Manhattan scene that a bare-chested Hoffman performed in Marathon Man. 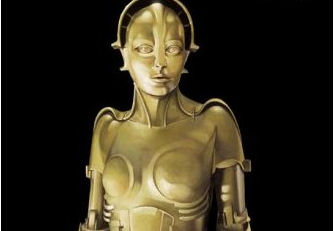 In this National Post piece about movie-theatre manners, author Michael Reid fails to mention one of the worst offenses out there — i.e, people claiming that nearby seats are saved without territorial jungle markings. Under-20s are the primary culprits. They’ll point to three, four or five seats and say, “Sorry, these are saved.” Not without markings they’re not!
As I explained last summer, everyone needs to adhere to “a basic Animal Planet view that you can’t ‘save’ seats without marking them like dogs and wolves and coyotes mark territory by urinating on the ground, or the way Alaskan gold miners stake claims with little piles of rocks in Henry Hathaway films.
“All you have to do is put something on the seat — a jacket, a magazine or an L.A. Weekly page, even a folded paper napkin. But you can’t just point to three or four seats (or six or ten seats…there has to be a limit) and say, ‘These are saved.’ Certainly not when the lights are going down. You can try this with one or two seats, maybe, but not with three.”
The next 17 year-old kid who says “sorry, these are saved” without markings is gonna have to lay it out with me.

HE reader Alejandro Aldrete of Monterrey, Mexico, is angry that Disney/Pixar has sent only dubbed prints of WALL*E to local theatres, in contradiction of the usual-usual. I’m guessing that the Mexican distribution exec has probably decided that subtitles aren’t necessary for a kid’s film, and would certainly hurt business — brilliant.
“WALL*E arrived today in Mexican cinemas all over the country, and I believe in most of Latin America,” Aldrete writes. “I don’t know about the other countries, but apparently, even though today in my city of Monterrey, with nearly 5 million people and counting, and with WALL*E in hundreds and hundreds of theatres playing every hour from 10 am to midnight, I can’t find one single print of this film that isn’t dubbed into Spanish.
“Dubbing is common on Latin American television, but for the theatre run most films are subtitled. Only kiddie films get here dubbed to cinemas, and usually with one or two prints with subtitles. Yet in the last few years, animated films have stopped coming here with subtitles. Last year it was the same situation with Ratatouille, and even common people around here know it’s a crime against any film of that caliber to not be able to get seen as it is intended in it’s original version.
“My problem with Disney/Pixar on this is that they damn well know Pixar films have a special appeal to adults and film buffs. In the past with The Incredibles and Finding Nemo, I would go to a subtitled showing of those films and have a great time because I knew I was watching something ten times better than any dubbing they could come up with, and also because subtitled showings tend to have less kids fucking around and making noises. So it was a nice deal.
“I personally feel insulted and not taken into account as a loyal costumer of Pixar that they have decided to not bring here one single copy of WALL*E in it’s original form with original audio. Is it too much to ask that they send a bunch of subtitled prints to Latin America for the film buffs? The ones that will keep buying their films in 30 years? I mean really, how greedy can you be to think that you’re losing money by giving us one print in a hundred?”

Meryl Streep is not going to be Oscar nominated for her performance in Mamma Mia!. Okay, possibly a Golden Globe nomination or win…maybe. But forget the Academy. However good or wonderful Streep may be in this upcoming ABBA musical, AMPAS members will stick to the straight and narrow and nominate for her Doubt, if they nominate her at all.
My perception is that Mamma Mia!‘s reputation went south with the hip crowd once the Hollywood Reporter‘s Ray Bennett flipped for it. That was it — the death knell. Those actresses playing the girlfriends of Amanda Seyfried going “oh…my…God!” were just icing on the cake.

In his 7.2 piece about William Holden and the ongoing Holden retrospective at Lincoln Center (which goes until 7.15), Michael Atkinson hits the nail on the head in discussing the brusque anxiety and rattled melancholia that always simmered in the characters Holden played — there, obviously, because they defined Holden himself.

“Truth be told, Holden’s character-role capacities ranged only from narcissistic American jerk to self-loathing American lug,” he writes, “but his best movies are implicit inquisitions into that personality — like Sunset Blvd., Sabrina [and] Mark Robson‘s The Bridges at Toko-Ri.
“By the time of David Lean‘s The Bridge on the River Kwai (1957), a big-budget production looking for a disillusioned American Everyman sickened by his own lack of heroism needed only go to Holden.
“As Holden aged, his richest vein was the bitter personification of the costs of progress and the loss of frontier — he became, almost inevitably, the angry Old Guard facing melancholy supersession by the young, by modernity, and by the press of time.”
And yet Atkinson doesn’t mention Holden’s performance as Frank Harmon, a cynical L.A. real-estate agent in Clint Eastwood‘s Breezy (’73), which is part of the retrospective. Atkinson obviously thinks little of the film but his “angry Old Guard” comments about Holden fit Harmon to a T. Breezy is just pretty good — mature, straight, measured — but Holden’s acting lends a solid gravity force in every one of his scenes.

Except that this 1940 title card has…I don’t know, a vibe. The starkness, the shadows, the monochrome sheen, the deco moderne lettering, the odd sideways markings on the road, the fake authenticity of it. 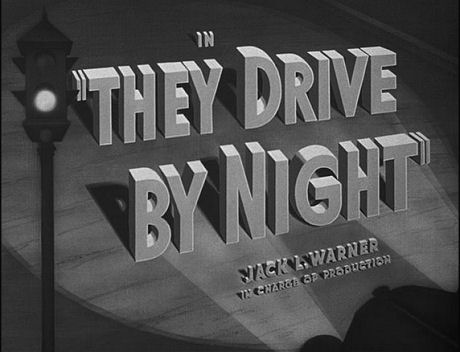 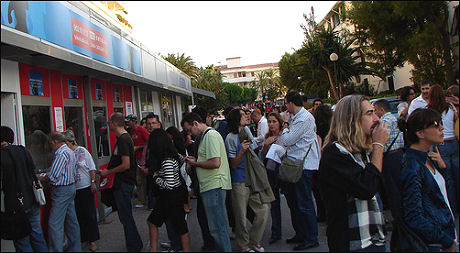