Support on Patreon Follow @wellshwood
63 Comments
Hangover Wins After All

“Thanks to a stronger than expected Sunday, Warner Bros.’ The Hangover edged past Disney-Pixar’s Up to win the weekend at the domestic box office,” Variety‘s Pamela McLintock reported this morning.

“Estimates supplied by the studios on Sunday showed Up winning the weekend at $44.2 million. Warners reported that Hangover, directed by Todd Phillips, grossed $43.3 million.

“It’s rare that the No. 1 and No. 2 films switch positions once official weekend numbers are reported on Monday. Both Hangover and Up enjoyed more business on Sunday than initially projected, even with the distraction of baseball and the NBA playoff.” And the Tonys!

The Weinstein Co.’s debt load is being restructured and the media handicappers are taking shots. Things may not be as dire as they seem but Harvey and Bob clearly need a hit — a big one. But there’s nothing that looks all that hot and heavy on the release horizon until…neighhhhh!!…Rob Marshall‘s Nine comes thundering into town on horseback some five and half months hence. Talk about a dramatic make-or-breaker.

Inglourious Basterds, trust me, is no bonanza-waiting-to-happen. Even if director-screenwriter Quentin Tarantino succumbs to pressure to trim it by 40 minutes (The Wrap‘s Sharon Waxman reports that Harvey Weinstein and Universal are both pushing for this) it still won’t do more than decent to fairly good business. It’s basically a talkfest with one really good scene in the beginning (i.e., Col. Landa and the French farmer).

Nine, which the Weinstein Co. will open on 11.25, is obviously the big potential rainmaker — a film that will either make things right for the Weinsteins or not. It would obviously really help if it wins the Best Picture Oscar, or at least is nominated. My gut tells me this will probably happen.

I can’t see Rob Zombie‘s Halloween II (8.28) doing monster business, although good horror always brings in a decent haul. I don’t know anything about Shanghai (9.4) with John Cusack and Chow Yun-Fat . John Hillcoat‘s The Road (10.4) has been highly praised in Esquire and is clearly a potential award-calibre prestige release but without much chance of being a mass hit. (Why didn’t the Weinsteins show it to Cannes? At least on a small, no-hoopla basis?)

It’s the summer of ’74, and the 27 year-old Dreyfuss is having trouble sleeping during the filming of Jaws. Tossing and turning, talking to himself. He suddenly awakes and see a filmy white ghost hovering over his bed. “Hello, Richard,” the ghost says. “Don’t be alarmed. I’m here as your friend and comforter. Well, not really. Because I’m telling you that 35 years from now you’ll make a movie called Piranha 3-D and…well, perhaps you need to prepare for this.”

Movieline‘s Stu Van Airsdale has posted a smart summary of the evolving investigation into the recent death of David Carradine. Suspicions of foul play are growing (i.e., who bound Carradine’s hands?), Carradine’s family has hired lawyer Mark Geragos and superstar forensic pathologist Michael Baden to look into things on its behalf and the FBI has gotten involved.

“Thai investigators essentially ruled out the possibility of foul play after interviewing hotel staff and reviewing surveillance footage of the corridors near Carradine’s room,” Stu reports. But Extra‘s Jerry Penacoli said on a recent Larry King Show interview that he’s spoken to the director of the film Carradine was shooting in Thailand “at length” and that the director “said that he believes that there was foul play.

“And he said that no one else knows this but his family — Carradine’s family and friends and people closest to him, but David was very interested in investigating and disclosing secret societies.” 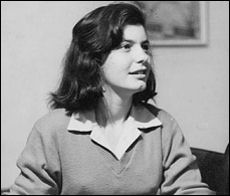 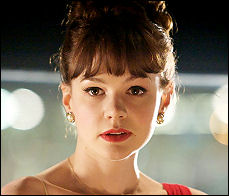 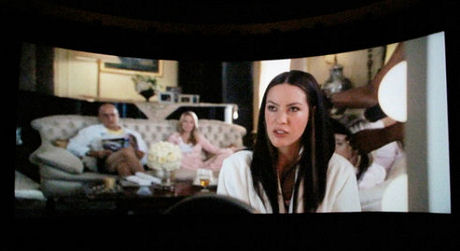 Jezebel‘s weekend editor got pretty angry at Saturday’s “Just Hot Enough” piece and went after me pretty savagely in a Sunday piece called “Jeffrey Wells: ‘Life Would Be Heavenly And Rhapsodic If Women Had The Personality And Temperament Of Dogs.'”

I posted a reply on Jezebel but this is just a variation on the old line that reads “if you want a friend get a dog.” We all know what this means. Hetero relationships are always being reassessed and renegotiated. Your stock goes up or down with your wife/girlfriend depending on various evolving factors. People fall out of love in relationships. (And sometimes back in love.) Ardor fades. People get fat, lose jobs, lose their love of life and sometimes turn to drink. Expectations are unmet and disappointment ensues. All to say that “love” is definitely conditional. Whatever kind of “love” you and your significant other have going right now is not necessarily going to be there tomorrow or next week, let alone a year or two from now. Nothing new in this.