The Guardian‘s Daniel Nasaw reported today that Los Angeles authorities seeking to imprison fugitive film director Roman Polanski may face a new obstacle in the 32-year-old case — the victim wants no part in it.

“Samantha Geimer, who was 13 years old when Polanski gave her drugs and had sex with her, today asked a Los Angeles court to drop the charges against the Chinatown director. Polanski fled the US in 1978 after pleading guilty to illegal sex. He was arrested in Zurich last month and is fighting extradition to the US.

“In a court filing today, Geimer said she has been besieged by nearly 500 calls from news media since Polanski’s arrest. She lives in Hawaii and long ago publicly identified herself as the victim and forgave Polanski, but said she and her family have to contend with pressure when he is in the news. She said she is being stalked by journalists from international news organizations and has received interview requests from Oprah Winfrey and CNN’s Larry King.

I’m tapping the iPhone while waiting for my number to appear at the Cole Avenue DMV, but the key casting decision for the Coen Bros.‘s True Grit is the young-girl narrator (i.e., the Kim Darby role in the Henry Hathaway/John Wayne version). Not that the hiring of Matt Damon for the Glenn Campbell role and Josh Brolin as the baddy is inconsequential news.

I’ve reviewed Michael Moran‘s 50 Biggest Movies of 2010 piece in the London Times. The biggest money-makers, he means, which in itself implies a kind of synthetic Eloi quality. Because if these 50 were 2010’s absolute best there would be cause to seriously think about calling off the 2011 Oscars.

12 Comments
Gervais and the Globes

It certainly is wonderful news about Ricky Gervais having signed to host next year’s Golden Globe Award telecast. Okay, I was being facetious. It may be a good thing now that I’m actually thinking about it. Gervais can be agreeably blunt and cutting, and if he’s really and truly been given free reign, this could be good. Golden Globe nommies will be announced on 12.15. The show will air live on 1.17.10 from 5 to 8 pm Pacific, 8 to 11 p.m. Eastern.

In Contention‘s Kris Tapley said this morning that Lee Daniels‘ Precious is “the frontrunner of this year’s Oscar race.” Reading this prompted an involuntary leg-muscle spasm so sudden and fierce that it tipped over my black office chair and sent me crashing to the floor.

Precious is a film to sincerely admire and respect as far as it goes. It moved me more than I suspected it would (based on the first half hour, I mean), but Mo’Nique‘s mom-from-hell performance almost makes it into a kind of grotesque horror film. What she does is a bit like Mary Tyler Moore‘s emotionally frigid mom in Ordinary People not just withholding affection from her sad-sack son (i.e., Timothy Hutton) but talking like Lawrence Tierney and spewing pea soup out of her mouth.

Precious touches bottom and exudes compassion, but it’s nothing close to a masterwork…please. It’s a very good film fortified by strong discussable performances. It’s a contender, sure, but no way in hell is it any kind of front-runner. Not now, not next month or next year…forget it.

“Oscar pundits are going 10-slot crazy this year, wondering whether the additional spots will go to the multiplex or to the art house,” writes the Hollywood Reporter‘s Stephen Zeitchik.

“Whatever answers emerge, it’s clear that with an expanded field, voters will have to make tougher choices than usual — if not when mentally filling out their list of 10, then when they start anointing movies from among that list. With the widened field, there’s a wider split between the feel-good contenders and the downbeat ones, between movies that depict the world as it is and those that show the world as we wish it to be.”

Zeitchik then startled me cold by suggesting that The Hangover might be one of the ten Best Picture contenders.

Voters, he says, “will have to choose between the story of an inner-city girl whose stepfather has repeatedly raped her and an old man who takes a magical, life-affirming balloon ride. They’ll have to decide between a group of male bomb-defusers drawn to the nightmare of the battlefield and a group of male friends drawn hilariously to the escapism of Vegas.”

Just a minute, hold on….Zeitchik has mentioned The Hurt Locker and The Hangover in the same Oscar-prognosticating sentence? Is the world coming to an end? Is it 2012 out there, causing Zeitchik to freak out and lose touch with his usually reliable perceptions?

“This choice won’t simply be a cultural statement,” he adds. “It’s no accident that, as the studio specialty business withers away, nearly all the downbeat contenders (Precious, Bright Star, The Hurt Locker) were made outside the studio system, while almost all those celebrating life’s aspirational side (Up, Star Trek, The Hangover, Invictus) were made within it.”

There’s something dark and malignant about a world in which reasonable professionals suggest that The Hangover and Star Trek might really and truly be serious Best Picture contenders while at the same time barely acknowledging the pristine perfection and world-class comedic gloom that A Serious Man divvies out in spades. There must be something in the air or the water. Some kind of mad swine flu of the mind.

There’s no ducking out of watching This Is It!, the Michael Jackson doc coming out Wednesday. Every instinct and intuition tells me it’s going to be a huge downer and a pageant of resounding phoniness, but it has to be seen and endured and commented upon regardless. I know I don’t believe a single word that director Kenny Ortega says to Ben Sisario in this N.Y. Times story about the film. 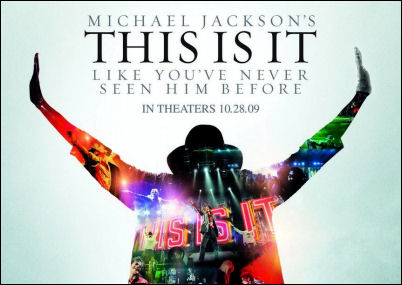 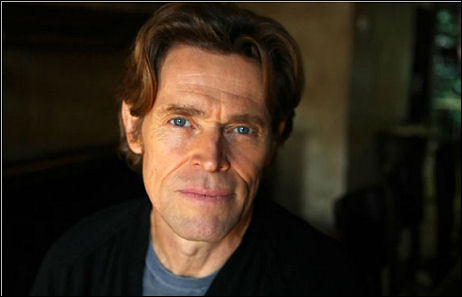 The one disconnect I’ve had with director-writer Paul Haggis (In The Valley of Elah, Crash, Million Dollar Baby) all these years was his being a member of the Church of Scientology. I presume I don’t have to explain the odious aspects of such a relationship. But being a major fan of Elah and the MDB script I didn’t want to contemplate it or go there, so I just pushed it aside. 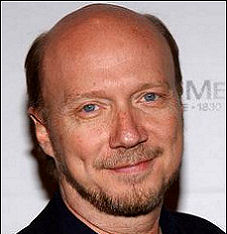 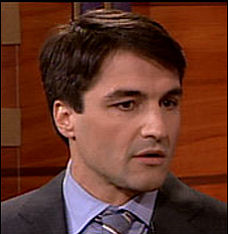 Now Hollywood Reporter columnist Roger Freidman has reported that Haggis has walked away from the Church of Scientology over two ethical issues — i.e., the church’s support of Proposition 8 (a.k.a. “Proposition Hate,” the California initiative banning gay marriage) and an order from the Scientology high command that Haggis’s wife Deborah Rennard had to sever all ties with her parents “because they’d violated some code of the sect,” Friedman explains.

Friedman has posted a letter Haggis wrote to Scientology “celebrity wrangler” Tommy Davis (i.e., the son of Scientologist Anne Archer), and is claiming that “the veracity of the letter has been confirmed by a friend of Haggis.”

I’ve read the letter twice and in my book Haggis is now a man of great courage and high honor. It takes balls to stand up to those vindictive mafiosos, those brain police, as they’re infamous for getting in your face and crawling up your ass. To go by Haggis’s letter, Davis sounds like a spineless hypocrite.