I finally get to see Harry “not quite Get Carter but good enough” Brown tonight after missing it at last September’s Toronto Film Festival, and after begging the film’s British publicist if I could see it on a disc when I was in London last fall during the Fantastic Mr. Fox junket. She ignored my e-mails despite the Daily Mail‘s Baz Bamigboye telling her I was okay.

Those who didn’t see Uli Edel‘s The Baader Meinhof Complex during its brief, almost non-existent U.S. theatrical run need to rent or buy the DVD/Bluray on 3.30 (i.e., next Tuesday). 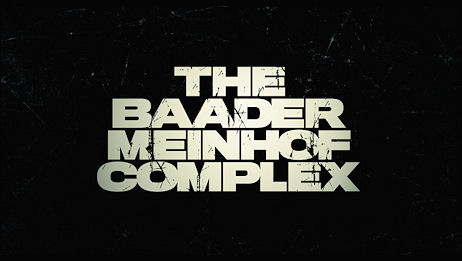 It doesn’t deliver what you’d call a “pleasant” sit, but it’s about as intense and feisty as a political film like this could or should get, and every so often it plays like a good gangster/bank-robber film.

I wrote the following after catching it about 20 months ago:

“What can you say about a tough-minded, hard-nosed political drama that tells the truth, doesn’t mince words or pull punches, rekindles the viral excitement of a bygone era, offers several gripping performances and leaves you with a taste of ashes in your soul?

“This is the reality of The Baader Meinhof Complex — Uli Edel’s 149-minute drama about the famed German radical leftist group. It’s a strong but bleak account of the impassioned but self-destructive insanity that took hold among radical lefties in the late ’60s and ’70s, and which manifested with a particular ferocity and flamboyance among the Baader-Meinhoffers.

“Edel’s chops are fine, the story is the story, what happened is what happened, but my God…what do you do with a history of this sort? And where in this saga is a semblance of a common cultural current? It’s not as if a willingness to kill or be killed for one’s political beliefs is something that comes up these days on Sunday mornings at Starbucks after you’ve had your morning run. 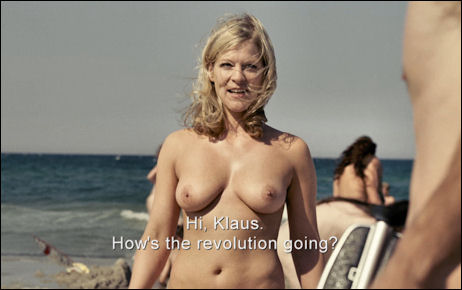 “Maybe more of us should think and act in terms of life-or-death commitments. Maybe we’d be better off if more of us had the cojones to stand up and fight evil in a way that gives no quarter. But the film mainly sinks in as a revisiting of a time in which a small but dead-serious sector of the left-liberal community temporarily lost its bearings and in some cases jumped off a cliff in order to stop what they saw as a form of absolute establishment evil.”

Say it one last time: this sucker should have been called The Baader Meinhof Gang. You always need to think in popcorn terms when deciding on a title, and popcorn munchers don’t know from complexes. This is basically a high-voltage shoot ’em up about a political-minded Barrow gang that ends in death, jail and suicide.”

N.Y. Times columnist Paul Krugman reports that “Newt Gingrich, the Republican former speaker of the House — a man celebrated by many in his party as an intellectual leader — [said that] if Democrats pass health reform, ‘They will have destroyed their party much as Lyndon Johnson shattered the Democratic Party for 40 years’ by passing civil rights legislation.

“I’d argue that Mr. Gingrich is wrong about that: proposals to guarantee health insurance are often controversial before they go into effect — Ronald Reagan famously argued that Medicare would mean the end of American freedom — but always popular once enacted.

“But that’s not the point I want to make today. Instead, I want you to consider the contrast: on one side, the closing argument was an appeal to our better angels, urging politicians to do what is right, even if it hurts their careers; on the other side, callous cynicism.

“Think about what it means to condemn health reform by comparing it to the Civil Rights Act. Who in modern America would say that L.B.J. did the wrong thing by pushing for racial equality? (Actually, we know who: the people at the Tea Party protest who hurled racial epithets at Democratic members of Congress on the eve of the vote.)

“And that cynicism has been the hallmark of the whole campaign against reform. Indeed, the emotional core of [it] was blatant fear-mongering, unconstrained either by the facts or by any sense of decency.”

I was a somewhat regular 24 Hr. Fitness guy for about eight or nine years, but I let the membership slide sometime around ’02. Last week I grimmed up to the fact that sooner or later I’d have a Quentin Tarantino body if I didn’t turn things around, so I’ve become an Equinox guy. I’ll be going back to the usual regimen (25 minutes on a treadmill, nautilus and free weights for a half-hour) with a limited membership for only $150 per month plus extras. 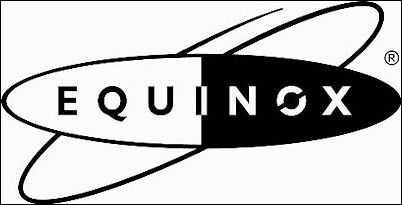 “Limited” means you go to just one club. (There are several scattered around Manhattan.) The one I’ve chosen is at B’way and 19th Street.

The closer was Equinox’s laundry policy. For an extra $70 per month you can drop off your sweaty workout duds and they’ll be clean and good to go the next time you come in. No lugging a gym bag around or having to personally wash the damn things over and over! I’ll have to rent a regular locker, of course. I bought a combo lock last weekend. I’ve settled on the B’way and 19th Street location)

The daily plan is to write the column from 6:30 or 7 am to 11 or 11:30, and then hit the club around noon or 12:30 pm, and then back at it around 2 pm in a nearby Starbucks for two or three hours. And then some wander-around time before the evening screenings start at 6 or 7 pm. Six or seven days a week, I’m thinking. Okay, I may slack off on weekends.

Another idea is popping Hoodia appetite-suppressant pills. Of course, if I really want to drop 25 or 30 pounds I’ll need to stop the 16 ounce cans of beer at the end of the day.

It’s very cool and commendable of How to Train Your Dragon co-directors Dean DeBlois and Chris Sanders to have hired legendary Coen Bros. lenser Roger Deakins in order to “distinguish their film from other animated work…someone who could see light in a different way.” Seeing How to Train Your Dragon is out of the question pour moi, of course. My age-old aversion to family-friendly animated films based on “whimsical” children’s books…sorry.

Obviously a super-sized Times Square billboard circa March 1969, but a truly terrible film. You can just barely discern that Where Eagles Dare and Support Your Local Sheriff were playing at the Astor and Victoria. 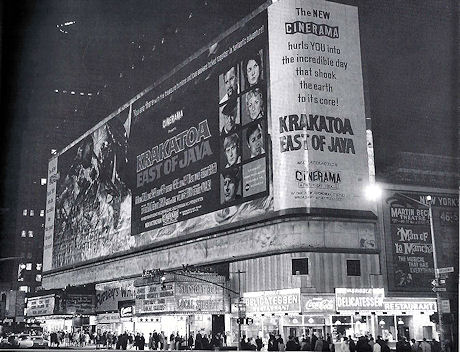 The film that may have been responsible for the early to mid ’70s wave of disaster films, which ironically reached their peak with Richard Lester’s Juggernaut, a superior suspense film that included no disaster shots whatsoever but was funded as another disaster-brand attraction.

Vincent Canby‘s review of Krakatoa, East of Java, published on 6.26.69, reads as follows:

“If I hadn’t read the credits first, I would have sworn that the new Cinerama production had been made by Mike and George Kuchar, the satirical, underground movie-makers whose science fiction triumph, The Sins of the Fleshapoids, was made in a New York apartment.

“The reversal of truth, so consistent and systematic that it becomes a positive style, is not achieved casually. Krakatoa, East of Java is about the volcano west of Java that erupted in 1883. It opens with the climax in the credits and proceeds to the beginning. It was shot in Cinerama by a television director who, through the use of lots of tight close-ups, makes people look bigger than mountains.

“Its most breath-taking panoramic shots are of things like shoes and foreheads. Although it should depend on a variety of special, cataclysmic effects, it has so few different ones that by the time the movie ended, I had gotten to know and recognize volcanic rocks that had flown by me before.

“The ads for the movie, which opened to the public yesterday at the Cinerama Theater, carry a quote from a Los Angeles reviewer praising a ‘terrifying typhoon,’ which is not in the movie. Maximilian Schell, Rosanno Brazzi, Brian Keith and Sal Mineo are.

“Footnote: Krakatoa, the island site of the 1883 volcanic eruption, lies in the Sunda Strait, west of Java. I’m told the geographic error in the movie’s title was discovered only after all the advertising and publicity materials had been prepared. The producers, after considering the high cost of geographic accuracy, vetoed a suggestion that new materials be printed.” 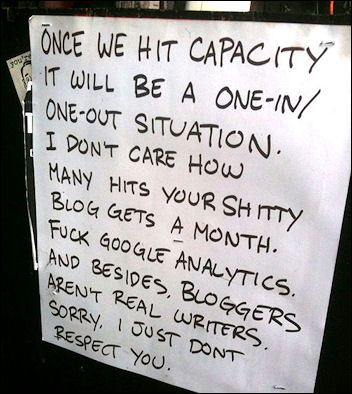 Any blogger/online columnist who tries to get past a doorman by mentioning the number of daily hits he/she gets is obviously a piker/poseur. The only standard of measurement anyone cares about are unique visitors and page views.
March 22, 2010 3:56 amby Jeffrey Wells
30 Comments
Lawnmower

I’m not touching the no-fake-boobs-on-Pirates of the Caribbean 4 story — it’s too vapid, and besides implants would clearly violate the remarkable sense of historical exactitude that the Pirates movies have provided thus far. I’m sensing that this story may be a blade of grass foretelling what the lawn is going to look like when director Rob “tanning spray” Marshall (Nine, Memoirs of a Geisha) turns in his director’s cut.