“The fact of the matter is that this Oscar race is a wake-up call to what the awards really stand for…nothing. They get it wrong more than they get it right…FACT. In the past decade we have been spoiled by Oscar winners that didn’t fit the usual Oscar cliche. It led many to think we were seeing the rebirth of the Oscars and ‘could we finally respect their decisions’? If The Social Network, Inception or Black Swan wins then yes, the Oscars will have turned a new leaf. If The King’s Speech or The Fighter wins then no, the Oscars are the Oscars.” — Awards Daily‘s Sasha Stone quoting a 15 year-old kid from New Zealand, in an “editorial” called “Why Mark Zuckerberg Was Always Destined To Get No Further Than The Oscar Bike Room.”

Or, as I’ve put it a few times…forget it. I’ve said it too often. I feel like a condemned man sitting in a cell with some crackers, a hunk of brie cheese and a bottle of white wine, waiting to be hung.

Congrats to L.A. Times reporter Geoff Boucher (pronounced “booshay”) for winning the press award at today’s 48th Annual ICG Publicists Awards. It was just nice to have been nominated. Thanks to all concerned for honoring and having me. It was cool to watch and hear Jacqueline Bisset read my name off as one of the nominees.

The parking situation at the Beverly Hilton hotel was absurd. The huge multi-level concrete lot out back is closed so the small adjacent garage was filled very quickly, and then there was a ridiculous line for valet. I finally gave up and parked three blocks away on little Santa Monica Blvd.

Forbes guy Bill McCuddy says “it just dawned on me that The King’s Speech is Leno and The Social Network is Letterman. Everyone agrees Letterman is smarter, hipper, cooler. But Leno is the bread-and-butter, audience-friendly guy.”

McCuddy wrote this prior to going on CNN International to handicap Oscars and talk Harvey Weinstein‘s coup in getting The King’s Speech a new PG -13 rating, which director Tom Hooper “has always seemed cool to when I asked him about it several times over the last few weeks.” And yet the new rating, especially after Sunday night’s Oscar win, should net Speech another $30 or $40 million.

Side note. “What’s the over/under out there on how soon in the show show we get a Charlie Sheen joke? I say 5:42 seconds.”

USA Today‘s Susan Wloszczyna (a.k.a. “Suzie Woz”) today ran the umpteenth King’s Speech vs. Social Network Oscar culture war story. I wouldn’t have paid much attention (no offense) except that she said I was “among the most vehemently appalled” by the prospect of Speech beating Network, and also ran my quote about “comfort, contentment and middle-class Masterpiece Theatre milquetoast values [having] prevailed…kick me, shoot me, run me over with a double-decker bus.”

The fact that it’s 10:58 am means I have to get over to the Beverly Hilton right now for the 48th Annual ICG Publicists Awards, which “recognize excellence in movie and television showmanship and publicity.” John Lasseter and Sylvester Stallone are the big name presenters. Tony Angellotti, veteran publicist Murray Weissman and Jerry Bruckheimer Films publicist Michael Singer are among the nominees for the Les Mason Lifetime Achievement Award. Press award nominees include L.A. Times reporter Geoff Boucher, EW‘s Jeff Jensen, Gold Derby‘s Tom O’Neil, TheWrap‘s Sharon Waxman and yours truly.

An unlikely quintet of critics — Lou-Lou Lumenick, Drew McWeeny, Pete Hammond, Jolene Mendez and Ethan Alter — are standing by Hall Pass, which otherwise has a Rotten Tomatoes rating of 24%. I panned it in my Wednesday, 2.23 review.

You have to hand it to Cameron Diaz for having cornered the market in term of unabashed “this is who I am” talk-show rap. She has serious cojones. Intuition tells me Bad Teacher is going to be big. Side-issue: There are few things that I despise more than embed codes that go on for seventeen or eighteen lines. As far as I can discern the principal offender is brightcove. 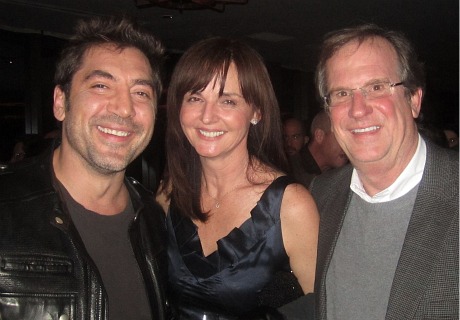 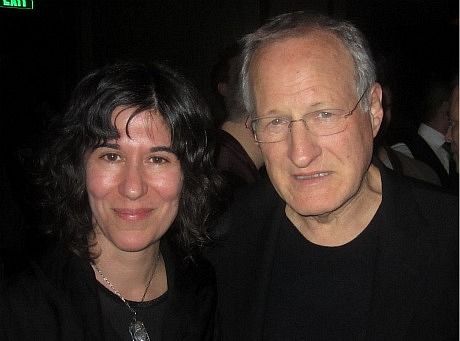 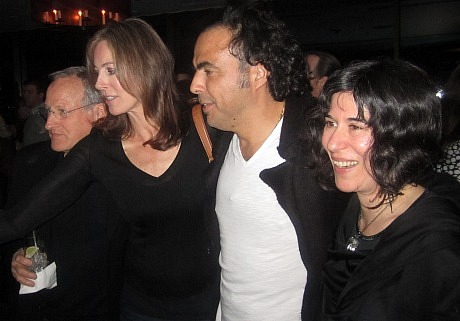 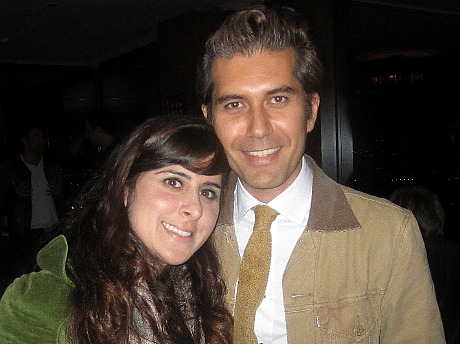 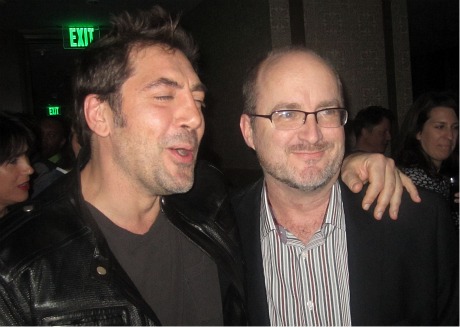 Javier Bardem, TheWrap‘s Steve Pond — Thursday, 2.23, 9:35 pm. Bardem was expressing his delight with the supportive words Pond had written about the worthiness of his Biutiful perf. I got into it also, but Pond got all the credit. 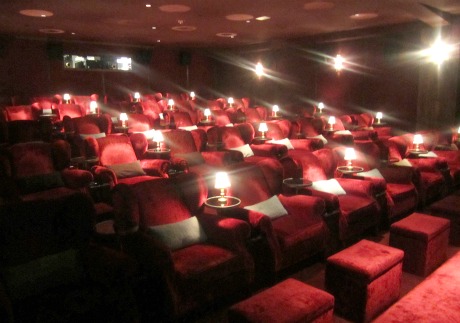 Soho House screening room — easily the swankiest, pure-luxury screening room I’ve ever seen in Los Angeles or the continental United States, for that matter. There’s a screening room in Paris that resembles this (I saw The Breakup there), but the Soho House theatre is larger. It only seats 50. Each chair has an ottoman and extra pillows.
February 25, 2011 10:12 amby Jeffrey Wells

Ten months ago The Playlist‘s Kevin Jagernauth reported about a possible 12.10 DVD release of Rick Schmidlin‘s four-hour reconstruction of Eric von Stroheim‘s Greed (1924). Irving Thalberg butchered the epic-length classic down to a 2 1/2 hour cut. So far Schmidlin’s four-hour version has appeared on iTunes but not on a small disc.

I don’t know why I’m posting this (an L.A. virus has begun to affect my brain?), but this and other similar tutus worn in Darren Aronofsky‘s Black Swan will be on display at L.A.’s Museum of Contemporary Art starting on 3.4. 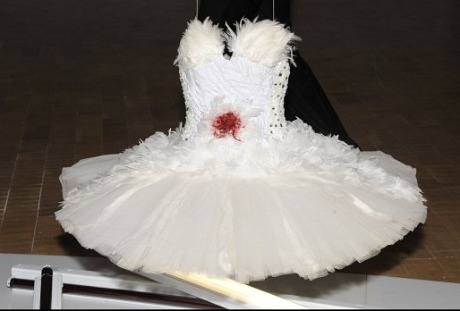