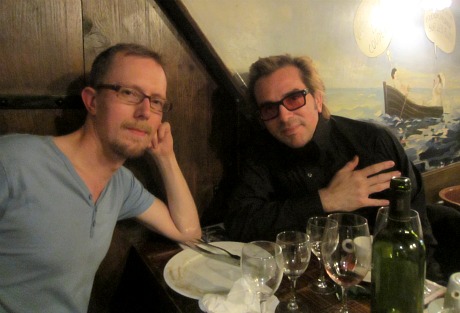 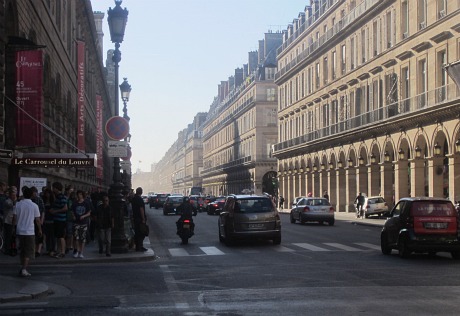 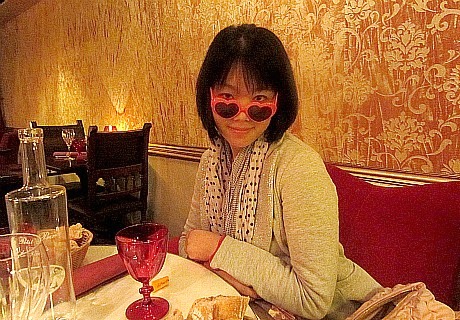 It’s only just hit me that Warner Home Video’s Barry Lyndon Bluray (out 5.31) has been masked at 1.85 to 1….storm the barricades! The aspect ratio of Stanley Kubrick‘s 1975 classic was supposed to suggest the aspect ratio of stately 18th Century landscape paintings, which are on the boxy side and a lot closer to 1.66 than 1.85. Which is why the DVD was presented in 1.66.

And yet WHV execs have decided to whack a chunk of information off the tops and bottoms of the Bluray? Why? Criterion presents the occasional older film in 1.66 with black windowbox bars on the side. And I know I’m right on this one — the shape of Barry Lyndon is supposed to look like an 18th Century painting and not a friggin’ 16 x 9 plasma screen…Jesus! This is really awful.

A guy named Tyler Williamson (who seems to know what he’s talking about and with whom I agree in any case) wrote the following on mubi.com about a year ago:

“The Barry Lyndon DVD is 1.59 in a 1.33 shell (yes, 1.59 — a very unusual aspect ratio, but its likely that this is the ratio the film was matted to in-camera [though it was probably composed for 1.66] due to the film being shot on old Mitchell cameras; so, the whole 1.37 film negative wasn’t exposed for this film), thus the DVD is 4:3 letterboxed — it has black bars burned onto the tops and bottom of a 4:3 frame, with the image of the actual movie in the center. So, when you watch the DVD on a 16√ó9 HDTV, you get black bars on all sides. The image is not very wide, so it might even appear on some older TVs to be a full frame transfer, due to overscan.

“What I’d really love is a Bluray remaster with Barry Lyndon‘s 1.59 or 1.66 image (the difference in more or less negligible, so I don’t really care) in the center of a 1.78 frame — which is how Blurays handle films with aspect ratios less wide than 1.78. All the 1.66 and 1.37 films on Blu-ray are done this way: Chungking Express, The Third Man, etc.” 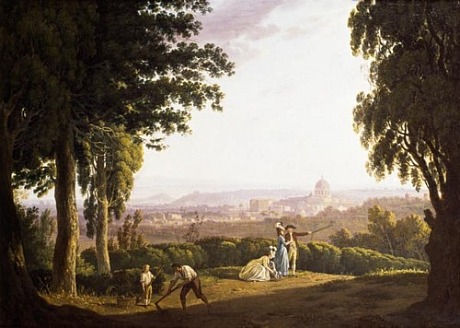 Adam Carolla has posted a podcast chat with Albert Brooks, author of 2030 but more importantly, for me, bringer of a truly enjoyable, hard-edged performance in Drive.

More features and docs than I can recall offhand (Heart Beat, Howl) have explored the lives of the legendary beats (Kerouac, Ginsberg, Cassady, Burroughs, et. al.) in the late ’40s and ’50s. And there are few genres more ubiquitous than the road movie. So where can Walter Salles, the maker of arguably the best road movie ever, take us on this well-trod path? 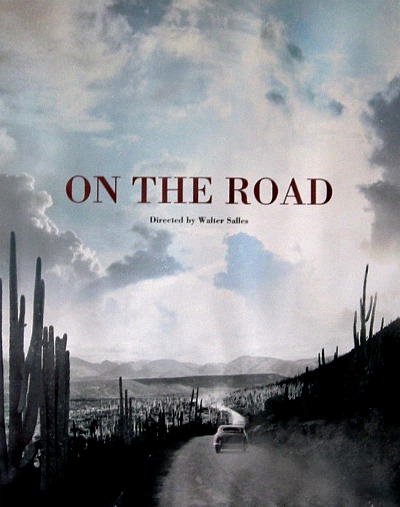 The character names have been changed, but Sam Riley is Jack Kerouac, Garrett Hedlund is Neal Cassady, Kirsten Stewart is playing Mary Lou (a character apparently not based on anyone), Viggo Mortensen is William S. Burroughs, Kirsten Dunst is Carolyn Cassady, and Amy Adams is Joan Vollmer, Burroughs’ common-law wife who was killed when Burroughs tried to shoot an apple off the top of her head.

An article about the crappy light levels in 2D movies projected at AMC, National Amusements and Regal cinemas has been posted by the Boston Globe‘s Ty Burr. It’s appalling, of course, and yet comforting that Burr came to the same conclusions that I posted on 9.21.10.

The problem is basically due to 2D movies being projected through Sony-manufactured 4K digital projectors, which have a polarizer that cuts down light levels by 50%, Burr reports, and more specifically, as I noted, by a decision by AMC not to swap out 3D lenses when showing 2D movies because it costs too much.

My article focused on AMC theatres while Burr’s indictment covers all three chains, but same difference.

“This [tendency] fortifies AMC’s reputation as an exhibitor chain renowned for substandard projection,” i wrote. A projection consultant told me that AMC “has been dumbing down their projection booths since the word ‘go.'” This, he said, is why the AMC acronym is known as standing for “Amateur Movie Company” or — this was my favorite — “All Movies Compromised.”

“The stock dismissal ‘more of the same’ has rarely been more accurately applied to a sequel than to The Hangover Part II,” writes Variety‘s Andrew Barker. Todd Phillips‘ sequel to the 2009 original “ranks as little more than a faded copy superimposed on a more brightly colored background…[it’s] rote professionalism verging on cynicism, and, despite some occasional sparks, a considerable disappointment.

“It should have been possible to revive the basic plot structure without slavishly reprising its every beat. This Hangover is longer than the first by two minutes, but at times it feels as though the two could be projected side-by-side in perfect synchronicity, with the only changes to many scenes being the location, the wardrobe and the addition of the word ‘again’ to the dialogue.”

In other words, it might have been a little less predictable if, say, a Mel Gibson cameo had been thrown in?

The Hollywood Reporter‘s Michael Rechtshaffen has more or less the same opinion.

A friend coming into Paris says he’ll be staying at the Park Hyatt Vendome and suggested that we meet there. I asked if we could rendezvous instead at a place with a little Parisian antiquity. Because for me the Paris Hyatt, obviously a flush, first-rate establishment, is at heart a Club Med experience for people with ample funds. 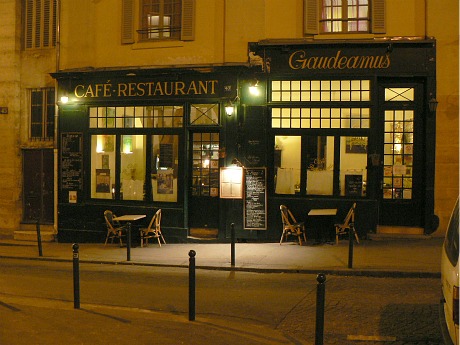 I get that many American travellers prefer the corporate-style comforts that Hyatt hotels provide but why fly thousands of miles to Paris only to stay in more or less the exact same kind of place that you can find in Seattle or Denver or Atlanta? Hyatt clients like their meat and potatoes and green beans…I get that. They want exactly the same and no surprises, etc. But the heart of this attitude is a presumption that three- or four-star hotels that aren’t part of a big corporate chain are somehow unaware of what a quality-level hotel is, or are uninterested in providing comfort to their customers. Does that make any sense?

Or perhaps La Coude Fou in the Marais district at 12 rue du Bourg-Tibourg.

When it comes to animating Ralph Fiennes‘ Lord Voldemort character in the last two Potter films, director David Yates, a mid-range journeyman if there ever was one, is a huge fan of that madman howl. Which asounds awfully generic to me, and is, by the way, extremely similar to that leopard howl that Charles Ruggles shared with his dinner companions in Bringing Up Baby.

My point, I suppose, is this: if you’re going to imitate somebody else’s howl, imitate a really creepy one. Like Alan Bates‘ demonic banshee scream in Jerzy Skolimowski‘s The Shout.

Ignoring Harry Potter and the Deathly Hallows 2 is an ongoing pleasure, but I’m wondering what kind of maoschistic moron do you have to be to see this trailer and go “yeah, looks good, can’t wait,” etc.?

The thought of listening to Tim Pawlenty, the most likely Republican presidential nominee, give dreary speeches between now and the fall of 2012 is draining. He’ll put everyone to sleep. (“One, I’m a white Polish-German and two, I’m Bob Dole without the snappish personality.”) What this country really needs is a leftie iconoclast (somebody who thinks like Michael Moore or Bill Maher) running against Obama. Then we’d have some real excitement.