Daniel Radcliffe has admitted to GQ magazine he “‘became too ‘reliant’ on alcohol while filming the last few outings in the Harry Potter franchise.” The Guardian‘s Xan Brooks, lifting from the monthly, quotes Radcliffe as saying “there were a few years there when I was just so enamored with the idea of living some sort of famous person’s lifestyle that really isn’t suited to me.”

Radcliffe “admits [that] his lifestyle became an issue on the set of Harry Potter and the Half-Blood Prince,” the article says. “He went on to claim he has not touched alcohol since August 2010, shortly after completing work on the final Potter production. ‘There’s no shame in enjoying a quiet life,’ the 21 year-old actor says. ‘And that’s been the realization of the past few years for me.'”

A q & a transcript between Screen Junkies‘ Fred Topol and the relentlessly feisty director Uwe Boll was posted four days ago (i.e., Thursday, 6.30). Early on Topol mentioned Terrence Malick‘s The Tree of Life; Boll said he hates it and explained his thinking.

Boll: “I totally hated that movie because I feel as a filmmaker that besides the fact that Terrence Malick did some great visuals on some movies, also on The New World, like the opening of that movie was really good but then he completely lost it. I think The Tree of Life is a piece of shit. Totally, and I think Sean Penn is ridiculous in it, like walking around in the elevator. It’s nothing.

“This is the thing. It’s so overrated because it’s Terrence Malick. Same as Lars von Trier‘s movies. I like Breaking the Waves. After that [his output] was all crap. The thing is, he gets all the Hollywood stars. ‘Oh, I want to work with him’ and they don’t know what kind of [a] retard he is. I think the same with Terrence Malick. I think Terrence Malick is one of the overrated directors of all time.”

Topol: “Is that just because it doesn’t have a story and it’s more impressionistic?”

Boll: “Absolutely. You have to tell a story that you get a connection to something. When he starts doing after 25 minutes a National Geographic break where you see volcanoes and planets coming together. Then his dinosaur episode with Jurassic Park. You think well, what’s going on with him? What is wrong with the guy?

“I was not engaged [enough] to keep watching. If I would have known how this ends, I would have walked out. But I watched the whole movie because I wanted to see how it ends also. The end was I think the most pathetic thing, when they’re all at the beach hugging each other. It was fucking disastrous. It was a complete disaster and it shows also that a lot of stars have no taste. Like Sean Penn, Brad Pitt has no taste what a good movie is. They trusted the director but you have to have your own brain.

“I’m very mad right now because I want to do a bail-out movie about the financial crisis where a guy is losing everything and then he starts killing the investment bankers. I did various offers to stars and they passed on it. So CAA gave it a good reader’s review, so they’re supporting us but William Morris gave it a bad reader review.

“Like I also watch Matt Damon in The Adjustment Bureau, also a piece-of-shit movie. It was a disaster. It was a complete disaster and a guy like Matt Damon should feel that, that this story is nothing. It’s like a mini-Matrix in the normal world but it makes no sense because that agency who’s changing it all, who is that? What was the plan of these guys? Who pays them? It’s totally absurd because that agency is doing everything but not doing anything basically. Also it’s a very flat movie and I think with The Tree of Life, this was for me an embarrassment and it gets hyped up because of Terrence Malick and I didn’t like it.

Topol: “Well, I knew from his other movies that he was experimental.”

Boll: “Right, because his other movies you get the feeling he tries to tell a story and cannot do it. But this was poor experimental. You cannot tell me you were not bored to death while you watched The Tree of Life.”

Some kind of congrats is hereby offered to Oscar blogger Scott Feinberg for landing in a big Samsung “Wonder Exchange” ad campaign in the pages of Vanity Fair, Wired, GQ and Architectural Digest. Feinberg shares the five-page spread (which begins on page 67 of the August issue of Vanity Fair) with Ubergizmo co-founder Hubert Nguyen.

Feinberg and Nguyen were given free Samsung Galaxy Tabs (10.1 version) in exchange for their supplying “review comments”, as it were. They also commented about lounge robes, a titanium watch, a jacket, barbells and whatnot. C’mon, it’s all free! And pretty good publicity. You know that Glenn Kenny or Karina Longworth or Eric Kohn would take the merchandise, share their opinions about same and run like thieves. Where’s the harm? Didn’t Mike Wallace used to do ads for Chesterfields?

One question: what’s a Samsung “Wonder Exchange”? It sounds like a combination of Wonder Bread and a desk at Best Buy where you go to return stuff. 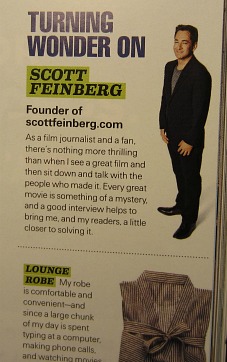 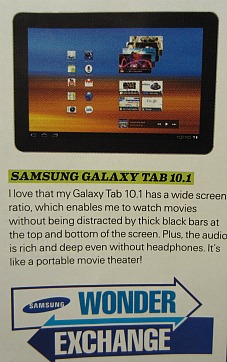 Earlier today Awards Daily‘s Sasha Stone and I recorded Oscar Poker #39 — possibly the most meandering, lost-in-space, under-energized podcast in our joint history. We didn’t discuss Transformers 3 but we did discuss, for far, far too long, the shortcomings of Larry Crowne. “How boring is the edited podcast?,” I asked Sasha before hearing it. “Not too bad,” she answered. Here’s a non-iTunes, stand-alone link.

According to L.A. Weekly writer Siran Babayan, a recently-published book by Hollywood screenwriters Robert Ben Garant and Thomas Lennon (“Writing Movies for Fun and Profit: How We Made a Billion Dollars at the Box Office and You Can, Too!“) summarizes meetings the pair had with Billy Crystal and Sandra Bernhard “with just one word: dick.” 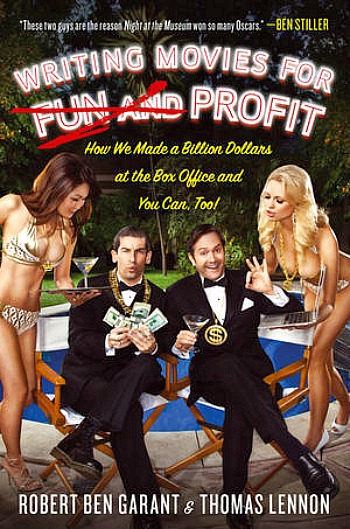 “Well, at least somebody has the guts to let it be known what a selfish dick and insincere courtesan Billy Crystal is,” a screenwriter friend wrote this morning.

“Perhaps so,” I replied, “but I know three things: (a) Many if not most comedians are possessed by dark moods and inclinations of one kind or another — they’re no day at the beach; (b) I myself felt a certain morose moodiness and frostiness when I spoke to Crystal at Sundance a few years ago, although it didn’t bother me; and yet (c) I love that Crystal reportedly has an exact replica of an airplane bathroom (complete with blue water in the toilet) in his home.”

The fact that I’m reduced to posting ping-pong photos (taken late yesterday afternoon in West Hollywood) tells you how dead it is out there. Topics for Oscar Poker #39: (a) the death of Larry Crowne; (b) What summer films (if any) are we looking forward to?; (c) the coming of Horrible Bosses and (d) Movie titles I cannot and will not abide, no matter how good the film may be: Beats, Rhymes & Life: The Travels of a Tribe Called Quest. 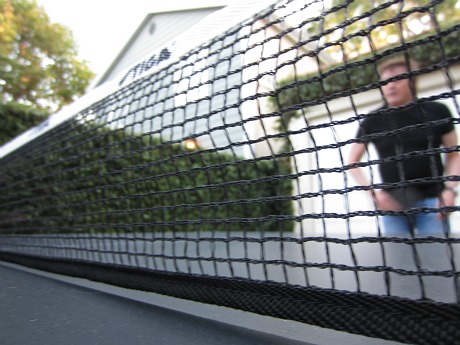 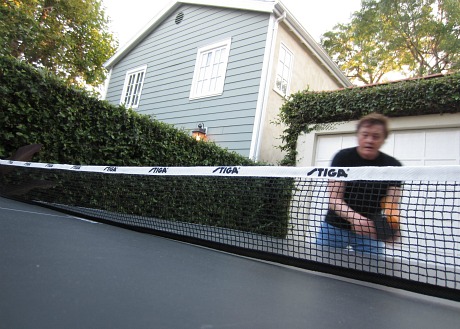 Early this morning one of Fox News’ twitter accounts (i.e., foxnewspolitics) was hacked, and the sad death of President Obama was announced. The messages were removed around 9 am this morning Pacific. FoxNews.com first posted a brief statement saying that the reports were incorrect, and that it regretted “any distress the false tweets may have created.” 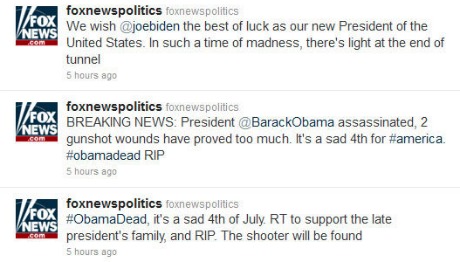