I sent an inquiry about the Academy’s current Best Picture voting rules to TheWrap‘s Steve Pond, Deadline‘s Pete Hammond, Awards Daily‘s Sasha Stone, Indiewire‘s Anne Thompson, EW‘s Dave Karger and Anthony Breznican, In Contention‘s Kris Tapley and Gold Derby‘s Tom O’Neil. The bottom line is that the Academy’s “surplus rule,” which only Pond and maybe 13 or 14 other people in the world fully comprehend in all its labrynthian detail, means that the 5% rule (or is it a 9% rule?) doesn’t apply all that strictly. 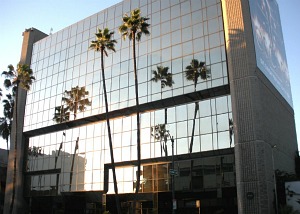 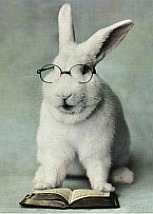 WARNING: The following is one of the most perplexing and brain-shredding articles I’ve written for Hollywood Elsewhere.

My previous understanding had been that under the new rules, no movie gets Best Picture-nominated unless 5% of the Academy membership mark it as their #1 preference. My new understanding is that this rule sorta kinda applies but not all the way around the block. Or it really does apply all the way around the block but there are gremlins and gang members hiding in bushes ready to hoodwink you. Plus you need to be a math nerd to figure out all the Pythagorian side-winding exceptions, and life is short so let’s all have a double Jack Daniels.

I really hate writing these stories but it boils down to the fact that with the Academy membership totalling a bit more than 6000, a film needs 455 first-choice, top-of-the-list votes to be a rock-solid, no-questions-asked Best Picture nominee. But a somewhat less popular film can also get nominated if it’s the recipient of surplus votes. And surplus votes — stay with me — come into play any time a film gets 20 percent more than it needs to qualify, or 20% more than 455 or an extra 91 votes. Or something like that.

So if War Horse gets 20% more than it needs to qualify, which is to say 455 votes plus 91 votes equalling 546 votes, then some other film will be the beneficiary.

I don’t want to get into this any further, okay? I really hate this stuff. I can feel my brain chipping away in small styrofoam chunks. I’m not in high school any more and I don’t have to learn this stuff or risk getting a failing grade so, you know, eff it. Okay, I’ll give it another try.

Pond explained it thusly in a recent Wrap piece: “You need 455 votes to be nominated but you get twice that many, 910, each of your votes will count 50 percent for you and 50 percent for the voter’s next choice. If you get a third more votes than you need, that third will go to your second choice.”

I can’t stand thinking about this stuff!

What if 33% of the Academy puts War Horse at the top of the list, and 29% go for Extremely Loud, Incredibly Close in the #1 slot, and 11% go for The Descendants and 11% go for Moneyball and/or The Ides of March?,” I wrote the Oscar gang. “That would be 96% of the Academy’s membership putting four films in the top slot and only 4% left over. So that means four Best Picture nominations…right?

No, not right. With a guaranteed five-nomination rule and if the voting works out along the lines as I’ve just speculated, the fifth or sixth or seventh-strongest Best Picture nominee could land a Best Picture nomination by getting only a measly 4% or 3% or 2% of the Academy members to put it at the top of their list. The surplus rule kicks and they slide right in there despite having tallied very little rock-sold support in the initial balloting.

Confused yet? Here’s Pond’s explanation, sent to me today:

“Sorry, but this is going to involve lots of math. Here goes:

“When the ballots are counted for the first time, the accountants will assume that 10 slots are up for grabs. This creates a magic number that will guarantee a nomination. This magic number (you really don’t want me to explain how they get it) is about 9% of the vote.” Wells intervention: 9%? What happened to 5%?

“If you get 20% more than this — which works out to about 11% — you trigger the surplus rule. I’ll use your numbers to illustrate:

“In your example, War Horse gets 33% of the vote. But it only needs 11% to guarantee a nomination. In effect, it only needs one-third of its votes. So every ballot that lists War Horse #1 now counts 1/3 of a vote for War Horse (all it needs to get nominated), and 2/3 for whatever film is listed second.

“If Extremely Loud & Incredibly Close gets 29% of the vote, it only needs 38% of each of those votes to be nominated. So its votes count 38% for Extremely Loud, and 62% for whatever’s listed second.

“The Descendants gets 23%, so it only needs 48% of each vote. The other 52% goes to each Descendants voter’s second choice.

“And Moneyball and The Ides of March got what they needed, so their ballots aren’t redistributed.

“One wrinkle: What if the accountants go to a Descendants ballot to allocate 52% of its vote to the second choice, but that second choice is War Horse, which already has more votes than it needs? In that case, the 52% goes to the voter’s third choice, or to the highest-ranked choice that hasn’t already secured a nomination.

“At the end of the first round of your hypothetical count, there will be indeed be four Best Picture nominees. But there will also still be a whole bunch of ballots still in play — all those War Horse ballots, for instance, will still be alive, counting for two-thirds of a vote. And all those 2/3 votes, plus the 62% Extremely Loud votes, plus the 52% Descendants votes, should be enough to bump something else over the 5% threshold after those surplus ballots have been redistributed.”

“There’s also one more round of redistribution that happens, where any movie that got less than 1% of the vote is eliminated and its vote is transferred to the voter’s #2 choice (or, again, the highest-ranked choice that’s still in the running.)

“It’s complicated, and they never really talk about it because it just confuses people. But in practice it will almost always result in between five and 10 nominees.”

EW‘s Karger responded as follows: “As I understand it, your math is correct, Jeff. But as I also understand it, it’s highly unlikely that your hypothetical scenario would occur. Tom Sherak said in his announcement that in the past decade, if the new guidelines had existed, there would have been between five and nine nominees each year. The Academy is so diverse age-wise and taste-wise that I don’t think you’re ever going to see acclamation around just four films.”

The last word goes to In Contention‘s Tapley: “The new rules have me dizzy and entirely apathetic toward the intricacies of the process. In short, well played, Academy.”

I’m not sure that this technical victory matters all that much in the greater scheme because the shorthand Twitter legend — i.e., Cowboys & Aliens having been lasso’ed or hog-tied or stunned or otherwise humbled by this awful little family film — has already sunk in.

I tweeted this yesterday, but I’ve decided that the worst-rhyming rock-tune lyric is the following: “Hey, there, Mr. Brontosaurus / don’t you have a lesson for us?” It’s funny how you just snap into these realizations while driving on a freeway.

“I saw Stupid, Crazy, Love over the weekend,” critic Lewis Beale wrote this morning in an email. “Now I understand what you were so worked up about. That scene at the middle school graduation is so terrible, so unreal, so cringe-worthy, it practically destroyed what was otherwise a nice, entertaining rom-com.

“I always wonder about scenes like that. Don’t the filmmakers understand how ridiculous they are? Are these endings imposed by the studio? Glenn Ficarra and John Requa have done good work in the past. What were they thinking?”

Wells to Beale: Agreed, but you’re being too kind by calling Stupid, Crazy, Love “a nice entertaining romcom” up until the graduation finale.

Repeating my 7.25 remarks: “One of the most revoltingly phony, profoundly sickening ‘romantic comedies’ I’ve ever seen. Nothing about it feels the least bit true or reflective of modern life as most of us (with the exception of certain filmmakers) know it. Wafer-thin characters, ludicrous sitcom plotting, outrageous fakery of all kinds, absurd over-emoting, ghastly dialogue, etc. It was so bad that I cried.”

Boxoffice.com‘s Phil Contrino says the $19.3 million that Stupid, Crazy, Love earned last weekend is “very healthy…it’ll probably end up in the $65 to $70 million range…it’s aimed at adults who are constantlyfeeling fatigued by kid movies, and this audience has lowered expectations in the summer…it got a B-plus from CinemaScore.”

Meaning that some CinemaScore respondents were less than delighted, i.e. “It’s a mildly shitty romantic comedy but at least it isn’t about CG aliens!”