“You don’t make up for your sins in the church. You do it in the street. You do it at home. All the rest is bullshit and you know it.” I’m having trouble imagining how this 1973 Martin Scorsese film, which may have been shot on 35mm but always looked to me like it was shot on 16mm, would be any kind of Bluray wowser. It might look a little better, okay. Probably grainier. Either way I’ll buy it or snag a freebie. 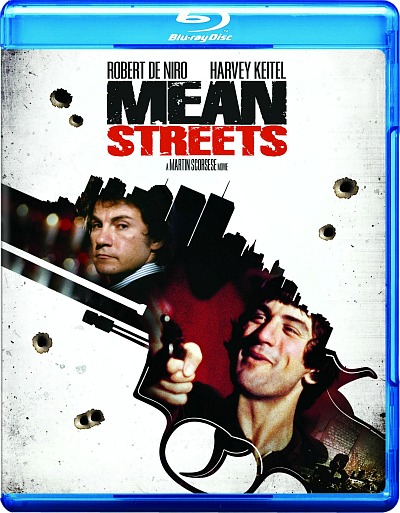 It was understood late yesterday that Friday’s Hunger Games tally would be around $70 million. In fact it brought in $68.25 million with expectations of $132 million by Sunday night. As I slogged along on the freeway I tweeted that “if you’re impressed by today’s Hunger Games earnings, you’ll be impressed by the millions of granules that make up a sand storm.” There is nothing less meaningful in the realms of cultural and artistic truth and lasting validation than the mere earning of moolah. The Movie Godz are napping. Presumably HE legions have seen it by now. And…?

Reed Business has put Variety up for sale, and once it sells God help those on the payroll. Five years ago who would’ve figured that The Hollywood Reporter, for decades the Avis to Variety‘s Hertz brand, would be the survivor and Variety would go down to the sea in ships? Indiewire‘s Anne Thompson has summarized what went wrong, but in all fairness what went wrong can be summarized in four words — cluelessness, corporatism and Neil Stiles.

Slate‘s L.V. Anderson and Belief.net’s Nell Minow ragged on some Hunger Games comments, including my own. Anderson accuses me and two others (Hollywood Reporter critic Todd McCarthy and N.Y. Times critic Manohla Dargis) of “bodsynarking on Jennifer Lawrence,” which he calls a “baffling, infuriating trend.” Minow called my remarks in this alleged vein “truly horrifying.”

I took no shots at Lawrence. I merely said that in a romantic context she “seems too big” for her jockey-sized costar Josh Hutcherson. Yes, Hutcherson’s Hunger Games character (called Peeta) is a bit of a candy-ass, which is why Ross cast an actor of smaller stature, but the vast majority of real-life women tend to pair up with guys their size or taller, so what’s so horrifying about saying Lawrence-Hutcherson look like a curious romantic fit? I posted a photo that showed their size disparity.

Minow also says I advised HE readers “to beware of the reviews of The Hunger Games by female critics ‘as they’re probably more susceptible to the lore of this young-female-adult-propelled franchise than most.'” I didn’t actually say that. I said to be wary of “certain” female critics who “may” be susceptible, etc. The use of “certain” and “may” make the difference between a blanket statement and a carefully phrased one. The p.c. goose-steppers will always assert that no one is ever more susceptible or responsive to a film with particular point of view than anyone else. We’re all neutral, all Switzerland, all the time. As I explained yesterday, that is laughable bullshit.

I arrived in Palm Springs last night for the wedding of In Contention‘s Kris Tapley and April Smith, which happens today at 4 pm. Awards Daily‘s Sasha Stone, her daughter Emma and I are staying at the vaguely low-rent Travelodge on 111. Because I wasn’t disciplined enough to leave before 4 pm, the drive took 3 and 1/2 hours…mostly tedium, some agony. 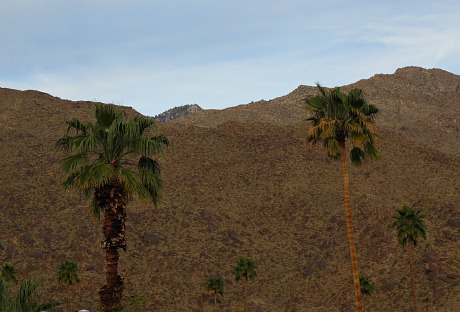 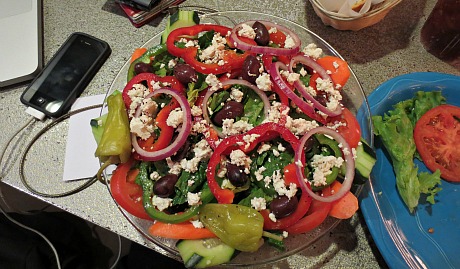