According to a 6.20 story by The Hollywood Reporter‘s Borys Kit, Anne Hathaway will produce and star in an open-seas survival drama called The Lifeboat, an adaptation of Charlotte Rogan’s novel of the same name. Hathaway will play a refugee from a sunken luxury liner. She faces murder charges after being picked up because, as Kit writes, she and her husband determine that the lifeboat they’re on “has too many people, meaning [that] some folks have got to go.” This is similar to the plot of Abandon Ship!, a 1957 film in which Tyrone Power played a ship’s captain who made the same call about an over-crowded lifeboat. The Wiki page claims that a voiceover at the end of the film states that the real-life captain “was brought to trial on a charge of murder.”

They’re calling this the first official trailer for Joshua Michael Stern‘s JOBS (Open Road,8.16). It didn’t do all that well with the critics when it played at the tail end of January’s Sundance Film Festival. (I left the day before it screened.) But it’s obviously a necessary thing to see, if no other reason than to reference and compare when Aaron Sorkin‘s Steve Jobs film turns up. 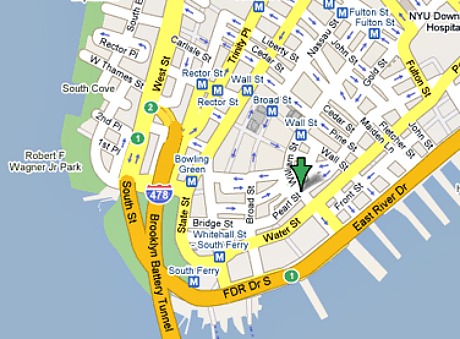 I had problems the instant I walked into this place last night. The interior atmosphere was dark and cave-like and sort of Guido-ish with awful hanging mini-lamps and tacky sound-level screens on the walls behind the bar, like something you’d see in some laughably low-rent recording studio in the early ’80s. And the music was way too loud…thump thump thump thump thump. I understand obnoxious house music at a club but not for a place where people are supposed to effing eat. “Uhm, does the music have to be this loud?,” I asked the waitress when I first sat down. “I mean, this is basically a restaurant, right?” She said she’d ask…nothing. I asked again 15 minutes later. She came back and said, “They said the music is part of the ambience here…sorry but it’s always been like this.” So in retaliation I tipped her 5%. I know it wasn’t her fault but someone had to pay. I hope this place dies. It deserves to. 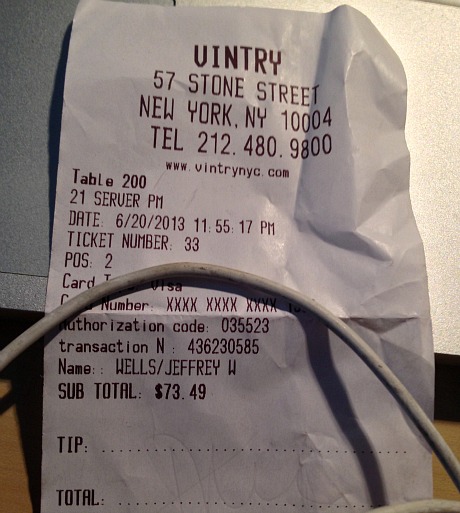 In the wake of Jackie Brown 15 years ago I was pretty much a confirmed Quentin Tarantino fan, despite his obvious tendency to rewrite, remake and basically rip off ’70s exploitation films (except with Pulp Fiction, which he co-wrote with Roger Avary). Pulp and Reservoir Dogs had won me over and I was willing to follow him anywhere. But despite the pleasures of Death Proof, I’ve gotten off the boat over the last ten years. The Kill Bill films were tedious (I tried re-watching Part One as few months ago and couldn’t), Inglourious Basterds was basically a wank and there’s no way in hell I’ll ever sit through Django Unchained a second time. If Tarantino was to declare today that he’ll never ever make a film again, I could live with that. I wouldn’t be that sorry. I would say to myself, “Well, he’s basically been over since Jackie Brown so no great loss.” 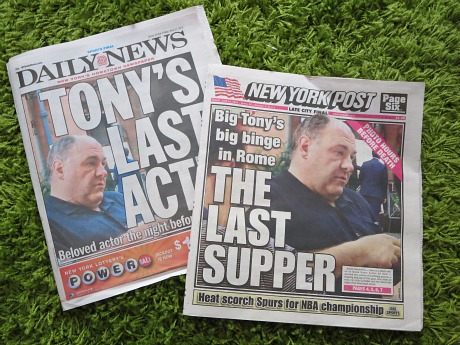 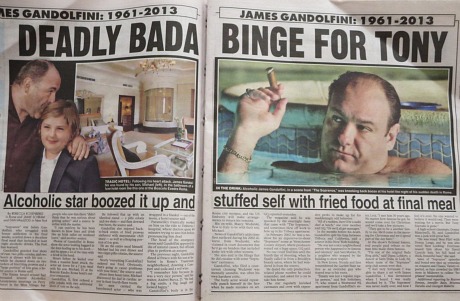 Here’s a mildly amusing satirical riff on a 2019 Ain’t It Cool review of a Gangster Squad-like remake of The Godfather. Mildly amusing but dead to rights. JJ Abrams is (a) too smart and (b) too much of a devoted cineaste to even perversely flirt with remaking Francis Coppola‘s mob classic, but you know that if Ruben Fleischer was asked to remake The Godfather with the idea of keeping the characters but punching up the action so as to appeal more to GenY audiences, this is roughly what he would come up with. You know it’s not a stretch. Just maintain an open mind as you read it — that’s all I ask. 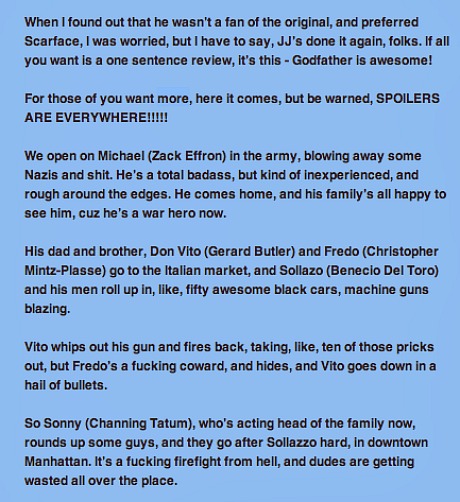