18 and 1/2 years ago L.M. Kit Carson‘s Direction Man, a five-minute short starring the immortal “Larry Williams,” played at the 1995 Sundance Film Festival. I saw it at the Egyptian toward the end of the festival, and came to the immediate conclusion that it was one of the funniest found-footage shorts ever shot, made or shown. Ignore the poor video quality — the material and personality are what count. All I know is that there’s very little likelihood of anyone running into a Larry Williams today with smartphone GPS and whatnot. In my mind Williams is a legend, a kind of genius, a jazzman. And nobody knows where he is today, or so I’ve been told. 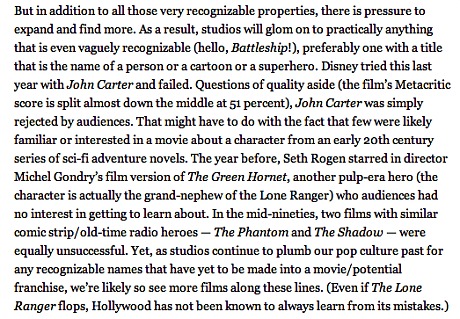 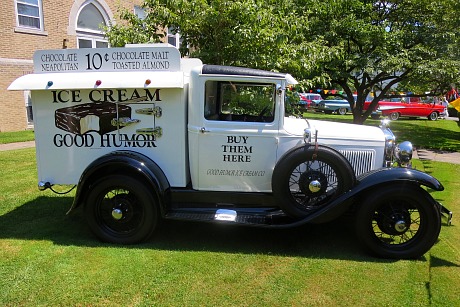 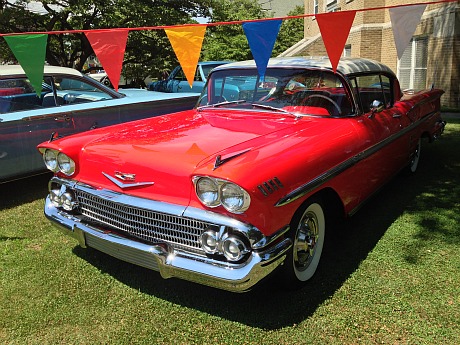 I riffed on this Carnal Knowledge argument scene two and a half years ago. I return to it every so often. How would today’s Man of Steel fans respond to a scene like this? Why can’t more filmmakers try for this kind of thing more often? I know, I know…Richard Linklater came close in the big Before Midnight argument scene. Ann-Margret‘s portrayal of Bobbie-the-alleged-ballbuster delivered in a way that was aching, vulnerable, pathetic. “All hail Mike Nichols for making this scene work as well as it does, and for generally hitting the film out of the park,” I wrote. (Effing WordPress embed links not working again.)

Nat Faxon and Jim Rash‘s The Way, Way Back (Fox Searchlight, 7.5) is as good as nearly everyone has been saying so far. Not so much a coming-of-age drama as a Tale of Two Dads, it boasts on-target performances (particularly from the great Sam Rockwell and Allison Janney), a relaxed and confident freshness (even though the dysfuctional-family-on-vacation setup is familiar as hell) and a first-rate script — smart, adult, layered, zingy. There’s just one problem — one significant thing that doesn’t happen. And it’s a killer.

Liam James (an interesting if overly recessive actor) is 14 year-old Duncan, whose life is frequently made miserable by Trent (Steve Carell), the bullying asshole boyfriend of his mother (Toni Collette). The irony is that Trent is on Duncan’s case for being a hider and an avoider, which is precisely the kid’s problem. Trent earns his dick badge because he thinks he can harass the poor kid into waking up. (He’s a diluted and more personable version of Robert De Niro‘s asshole in A Boy’s Life.). On top of which he’s a bit of a philanderer. Was Trent a warm-up exercise for Carell before he played a much darker role in Bennett Miller‘s Foxcatcher? Or was it a followup?

I’m starting on a list of “troubled” women characters (lead or supporting) with a certain mesmerizing duality — beautiful and classy in public and yet susceptible to black-dog mood pockets at the drop of a hat, and yet blazing and snap-crackling and radiating a vibe that drives straight men and lesbians to madness. And they know it. The trick is trying to think of one who hasn’t been featured in a Woody Allen film. Charlotte Rampling in Stardust Memories, Diane Keaton in Manhattan, Juliette Lewis in Husbands and Wives. Let me think…uhhm, Bette Davis in All About Eve. And…give me a minute.

You want boring? I’ll give you boring. “This older couple might have had a longer, richer, happier life together if the man…hell, if both of them hadn’t succumbed so relentlessly to drink.” Co-starring in a play that had been critically roasted didn’t do much for the relationship either. Not to mention a brain hemmorhage waiting to happen for the poor guy. At least this BBC America telefilm will be better than Liz and Dick, the Lindsay Lohan-Grant Bowler Lifetime flick. It has to be.