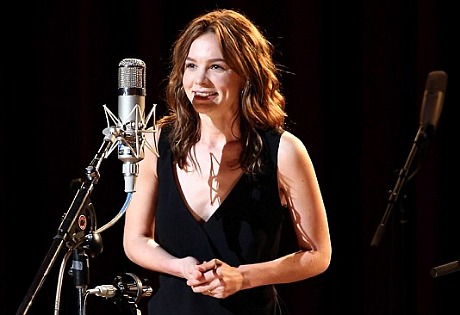 8 Comments
What Else Should I Be Reading?

Theodore Melfi‘s St. Vincent de Van Nuys, which began shooting in July in various New York-area locations, is about a rootless young guy with just-divorced parents befriending a “misanthropic, bawdy, hedonistic war veteran” played by Bill Murray. Costars include Melissa McCarthy, Chris O’Dowd, Naomi Watts — no idea who plays the kid. Noah Baumbach‘s While We’re Young is about “an uptight documentary filmmaker and his wife find their lives loosened up a bit after befriending a free-spirited younger couple.” (Hey, maybe they could hook up with Murray’s hedonistic war veteran and make it a real party?) It costars Ben Stiller, Amanda Seyfried, Naomi Watts, Adam Driver and Charles Grodin. Alejandro Gonzalez Inarritu‘s Birdman, which will most likely debut in Cannes next May, is about an actor known for playing an iconic superhero (Michael Keaton) struggling to prepare a Broadway play while at the same time attempting to recover his family, his career, and himself. (The play in the film is an adaptation of Raymond Carver‘s “What We Talk About When We Talk About Love.”) Keaton’s costars include Emma Stone, Andrea Riseborough, Naomi Watts, Edward Norton and Zach Galifianakis.

Yesterday I decided not to spend $300 to fix my 50″ Vizio, which may or may not have died due to the slovenly Sajan Patel (i.e., the sublessee who all but ruined my apartment during my Telluride-Toronto-New York trip), but either way it’s definitely not working due to some kind of power board outage. So I went to Paul’s TVs on Sawtelle and bought a 60″ Panasonic Plasma for $950 plus tax. For some idiotic reason I paid an extra $50 for a professional set-up, but when the guys arrived with the set they didn’t do squat — they just attached the stand and plugged it in and handed me the remote. I figured the set-up guys would know a little bit about fine tuning. All they wanted was to screw it on the stand and head off to the next job. And then I realized they were serious morons because they didn’t even know what correctly proportioned images and aspect ratios are supposed to look like.

A fascinating error is revealed in a 9.29 Screen Daily story about a Zurich Film Festival master class lecture by Weinstein Co. honcho Harvey Weinstein. While recalling his early film passions Weinstein said “his first emotional connection to film came when watching Old Yeller, the classic American tearjerker about a boy and his dog,” writes SD‘s Wendy Mitchell. “The idea of Gregory Peck having to shoot the dog, I saw the emotionality of that. And I questioned that decision with my dad.”

Correction #1: Old Yeller star Tommy Kirk (still living and active and 71 years old) was forced to shoot his rabies-infected Yellow Labrador in that 1957 Walt Disney film — not Gregory Peck. Correction #2: Peck, however, did shoot a rabid dog five years later in To Kill A Mockingbird (1962), so Weinstein’s confusion is understandable. Correction #3: Mitchell or her Screen Daily editors should have caught the mistake and pointed it out somewhere in the story.

How brilliant of me to have missed screenings of Yuval Adler and Ali Waked‘s Bethlehem — winner of six Ophir awards last night and the likely Israeli submission for Best Foreign Language Oscar. It played at the Telluride and Toronto festivals and I was…what was I doing? Running around, filing, catching everything I could, consuming free party food. Variety‘s Leslie Felperin called it “a tightly wound, clock-ticking thriller [about] the fraught relationship between an Israeli intelligence officer and his conflicted Palestinian informant…although there are bound to be partisan viewers from both camps who will strive to find offense somewhere [it is] admirably evenhanded…pic comprises an impressive directorial debut for Adler who demonstrates a confident grasp of pace, place and thesp handling.” Adopt’s Jeff Lipsky and Mark Grady, who acquired Bethlehem for U.S. distribution a few days ago, will open it in early ’14. Presumably they’ll screen it for stragglers like myself in November and/or December to help goose word-of-mouth.

This guy likes to have conversations, but after the third or fourth time you get the feeling that he’s saying “it’s boring and stifling to sit in solitary day after day, and you’re a shit to keep me here for the rest of my life.” Even with his limited ability to assess and process I’m betting this parrot senses there’s a big vibrant world out there that he’s never going to experience. If he were in my home I’d let him fly around indoors for a couple of hours each day. And I’d buy a much bigger cage with another bird or two to join him so at least he’d have a little company. “No one is free — even birds are chained to the sky.” — Bob Dylan.