With all the sudden whackings and the rolling of heads over the past three or four years at the Film Society of Lincoln Center (Mara Manus hired and fired, Kent Jones departs and returns, Scott Foundas ascends and leaves, Rose Kuo takes over only to get whacked like Joe Pesci in Goodfellas), the 65th Street organization has resembled a cross between the House of Borgia and House of Cards. So reactions to Lesli Klainberg‘s appointment as Executive Director and Eugene Hernandez as Deputy Director have been something along the lines of “okay, let’s see how long they last before the next palace coup or mafia-styled garroting.” Seriously, best wishes to them both and particularly Eugene. (Note: Klainberg’s decision to re-create her first name, which was almost certainly “Leslie” when she was a kid, means…I don’t know what it means but “Lesli” feels a bit affected on some level.) 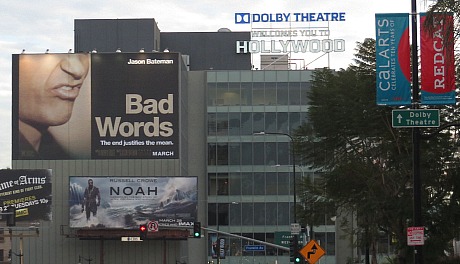 Make no mistake, don’t kid yourself — the billboard for Jason Bateman’s Bad Words is like a collossus of Rhodes in Hollywood, towering over all objects and living things. That was my honest impression as I drove down Cahuenga the other day. 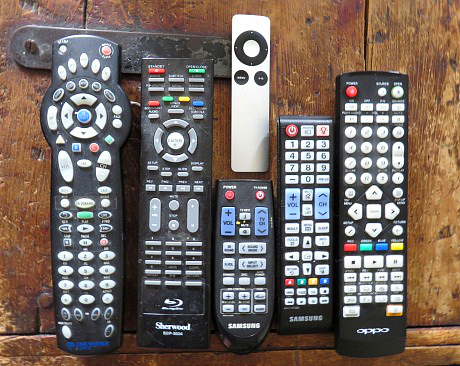 65mm digital scanner at Fotokem in Burbank, which I visited last Monday afternoon. With Deluxe soon to close Fotokem is about to become the only North American company that processes and digitizes 35mm, 65mm and IMAX film. There’s a similar outfit in Paris and another near Munich.

Everybody knows Wes Anderson‘s The Grand Budapest Hotel (opening today, Fox Searchlight) is presented in three aspect ratios — 1.37, 1.85 and 2.39. This 3.6 Slate piece by David Haglund and Aisha Harris explains the whys and the particulars. The question is whether or not commercial “projectionists” (I use that term loosely as most theatres have senior ushers working the booths) will project it correctly or not. When Budapest goes to 1.37, mind, the image goes higher and deeper — it doesn’t just become a narrow windowbox image. The high-end projectionist on the Fox lot screwed this transition up (albeit briefly) when I first saw it with the trade reviewers, so what are the odds that average projectionists might do the same? I’m planning to visit two or three of the best LA theatres playing The Grand Budapest Hotel and see if they’re managing it properly. If anyone notices any a.r. problems anywhere, please inform. 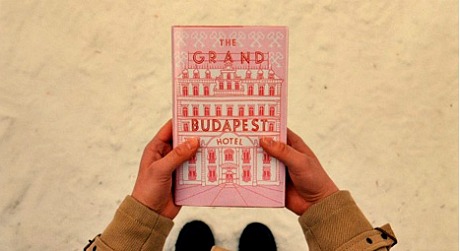 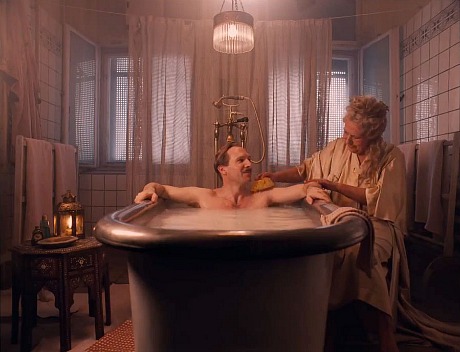 Stanley Kubrick used to check projection standards in the ’60s and ’70s, as I recall. Particularly with A Clockwork Orange (1.66, not 1.85) and Barry Lyndon (which he also wanted shown at 1.66 and not 1.85). I can hear the grinding of teeth from the 1.85 fascists, particularly those who reside in the New York area, but they’re just going to have to accept the way things are now.

77 Comments
Sanders: “I Am Prepared To Run For President”

“If the question is, am I actively right now organizing and raising money and so forth for a campaign for president, I am not doing that. On the other hand, am I talking to people around the country? Yes, I am. Will I be doing some traveling around the country? Yes, I will be. But I think it’s premature to be talking about (the specifics of) a campaign when we still have a 2014 congressional race in front of us.” — U.S. Senator Bernie Sanders (Vermont) speaking to Truthout’s John Nichols in an interview published today (3.7).

Two weeks ago I mentioned the necessity of being able to see a high-def version of Ken Russell‘s Women in Love (’69), which is only viewable now as a 2003 MGM Home Video DVD. Ditto Russell’s The Music Lovers (’70), his tortured-Tchaikovsky biopic with Richard Chamberlain as the closeted Russain composer. Viewable only as a DVD — no Bluray and not even a Vudu high-def version. The Music Lovers was the third of Russell’s five biographical films about classical composers. Elgar (’62) and Delius: Song of Summer (’68) came before it, and then Mahler (’74) and Lisztomania (’75).

Chiemi Karasawa‘s Elaine Stritch: Shoot Me (Sundance Selects, 3.7) is one of the frankest and boldest docs I’ve ever seen (or would want to see) about what a bitch 87 years old can be. Karasawa’s film is admirably blunt and candid, but that Bette Davis line about aging being “not for sissies” has never seemed more dead-on. This is no glossy showbiz portrait. Well, it is but it has more on its mind than just praise, and some of what we’re shown is unpleasant. I’m just being as honest as Karasawa’s film, okay? It’s not a walk in the park, this thing. But it’s quite tough and ballsy. And hats off to the subject for allowing the raw truth to come through.

Elaine Stritch, God love and praise her, is a Broadway legend and survivor extraordinaire. Most of the under-45s know her as Alec Baldwin‘s mom on 30 Rock, but you have to watch this YouTube video of Stritch’s one-woman show, Elaine Stritch: At Liberty, which she did in her late 70s and which won her a Tony.

How much of that 77 or 78 year-old can be found in the 87 year-old version? Honestly? Somewhere between half and two-thirds. Stritch is still that great, snappy firecracker and pistolero with the brassy attitude and the world-class gams. But Elaine Stritch: Shoot Me is really about what being 87 (Stritch is now 89) was doing to her and how she was pushing back all the same, pushing and performing and rehearsing and travelling around and forgetting lyrics and walking the uptown Manhattan streets. But still losing the battle.