All strong comedians and dynamic actors are angry and judgmental under the skin. Jonah Hill vented some of that anger at an asshole photographer recently, and has been paying the price for using the “f” word. He’s dutifully apologized and should be left alone. Primal outbursts are usually never about refined language, and they almost never “mean” anything. I used to hear “faggot” all the time in grade school and high school, and it was always about generic degradation. I don’t hear it any more, of course, and good riddance, but stuff like that just pops out of your mouth sometimes if you’re hugely pissed about something. I’ve angrily blurted out “cocksucker” many, many times in my life, and if someone recorded me saying that (and if anybody gave a shit) I’d be accused of homophobia just like Hill. Except I remember a guy in high school telling me once how an old souped-up Chevy that a friend owned “goes like a cocksucker” in a drag race. He was just using that term for emphasis.

How homophobic is the “French mistake” scene in Blazing Saddles? Very, but everyone regards this 1974 Mel Brooks film as a classic and nobody has ever talked about hauling Brooks on to the carpet to retroactively apologize. Gay slurs are gone from the world I live in, but remnants of old attitudes will sometimes peek through at the wrong times. They can’t be eliminated overnight.

Toronto Film Festival reviews for Matthew Weiner‘s You Are Here weren’t so hot. “Sorry misfire,” “middling mediocrity,” “shockingly inept,” “moments of dramatic clarity are swarmed by strange ideas that don’t make much sense when examined at closer range,” etc. So how does a justly praised creator of one of the best dramatic series of the 21st Century (i.e., Mad Men) manage to drop the ball this profoundly? It probably has something to do with the fact that it’s a lot harder to compress everything (plot, theme, atmosphere, message) you want to convey into a 110-minute film than to express it within 10 or 20 hours of longform.

The widespread acclaim and expectations of a huge opening weekend for Doug Liman and Tom Cruise‘s Edge of Tomorrow (Warner Bros., opening today) are such that I thought I’d spritz things up by quoting from one of the very few negative reviews, written by Indiewire‘s Eric Kohn. Is Kohn making a reasonable point? Isn’t Edge showing tonight here and there? The usual early-bird Thursday night showings? Responses from the HE community will start trickling in later this afternoon and evening but please fire away whatever your reaction.

“It’s impossible not to observe the explicit borrowing from Groundhog Day, an infinitely wiser and more astute storytelling accomplishment,” Kohn notes. “Edge of Tomorrow is slick, but once its fancy plot dressing takes form, it has little more to offer aside from a few impressive action sequences and the infallible grin of its nimble lead.

“The movie works just fine as a mild distraction, but arrives in theaters with a fanfare that suggests a far grander achievement.

The use of black-and-white and then, gradually, delicate applications of color are, of course, metaphors in Phillip Noyce‘s The Giver (Weinstein Co., 8.15). I’ve been a fool for monochrome my whole moviegoing life, and I love the tinting work here. Almost as an end in itself.

Brute Force isn’t exactly second-tier Jules Dassin but it’s one of his ground-rule doubles, I think. It suggests that prisoners were a lot more worldly and refined back in 1947, essentially decent fellows who happened to draw bad cards, and I’m not sure how valid that is. “Not having intimate knowledge of prisons or prisoners, we wouldn’t know whether the average American convict is so cruelly victimized as are the principal prison inmates in Brute Force, which came to Loew’s Criterion yesterday. But to judge by this ‘big house’ melodrama, the poor chaps who languish in our jails are miserably and viciously mistreated and their jailers are either weaklings or brutes.” — from Bosley Crowther‘s 7.17.47 N.Y. Times review. 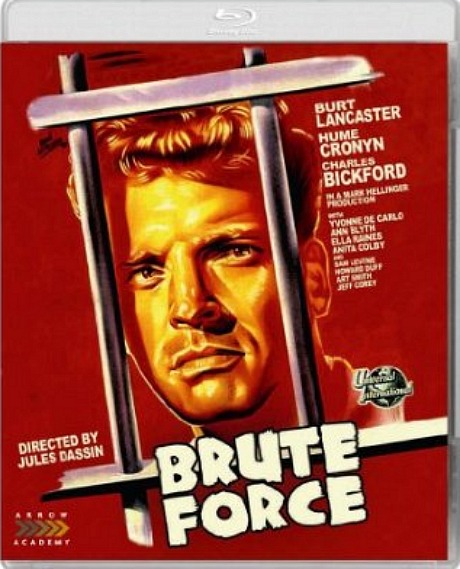 I’m completely aware that what I’m about to say sounds like self-parody, but now that John Oliver has had his first big success with his anti-FCC net neutrality diatribe [after the jump] and the reported reaction to it, he should think about getting his teeth fixed. If he’s going to be a big-timer he has to sand off a couple of edges. He doesn’t need odd-looking chompers to double down on the British eccentricity, which is potent enough as is.

I don’t know why this is funny but it is. No-laugh funny, I mean, which is pretty much the only kind being produced these days. (And right in my wheelhouse.) The guy doing Morgan Freeman‘s voice is on the money. Not to get strange but eight pounds is light for a severed adult head. Most of the links says the average is closer to ten or eleven pounds. Just saying.

It’s 6:30 am in Manhattan, and I need to be out at JFK around 11 am for my 1 pm flight back to Los Angeles. But first I’ll be visiting the 9/11 Memorial and Museum (opens at 8:30 am) for a little stroll-around. No, I’m not paying $20-odd dollars for entrance to the gift shop and I’m not buying any NYFD T-shirts or any of the other knick-knacks. I just want to stand there and take some shots and look down into the two pools where the twin towers once stood. I’m giving myself 45 minutes, all in. Update: It was raining cats, dogs and raccoons when I got down there around 8:40 am. Pond-sized puddles and damp socks and still a lot of construction fences and machinery. Way too many bodies and umbrellas. Another time.

If I had been in President Obama‘s shoes when the Sgt. Bowe Bergdahl prisoner swap deal was being cobbled together, I would have said the following: “Is this guy worth five Taliban militants? Where did we get five for one? Okay, I’ll swap two Taliban guys for Bowe but no more. But even with those terms I wouldn’t like it because Bowe is obviously not made of uncommon valor and sterner stuff. He’s basically a none-too-bright, possibly mentally unstable deserter who walked off his post without even carrying a weapon. Obviously I wouldn’t feel the same way if he was my kid, but he’s made his own doofus bed and now he’s damaged goods. Two Taliban guys, final offer. Five is out of the question, and if they don’t like it they can stuff it.”

My last night in Paris (i.e., Tuesday) was spent at the tolerably seedy Hotel Bonsejour (11 rue Burq in Montmartre). Built sometime around 1900, it’s for kids and cheapskates like me. It has decent wifi, electrical outlets galore, breakfast in the morning, a dinky little shower stall, fresh-smelling sheets, toilet down the hall — a bit of a dump. But it’s the Ritz compared to the Hotel Bowery Grand (143 Bowery, five blocks south of Houston), where I crashed last night for $90 bills. It’s one thing to offer a cheap place to stay, but the Asian-American owner of this shithole adds a few insulting twists to rub your nose in the fact that you’re staying at the dinkiest little flophouse in Manhattan. A room so small (roughly 48″ x 90″) you have to side-shuffle to move around the single bed. (There’s just enough room to stack your suitcases.) Decent wifi, yes, but not a chair in the entire joint. Electrical outlets in the room but none in the lobby. It’s clean — I’ll give it that. But thumbs down on this offensively spartan establishment and an affectionate nod to the Hotel Bonsejour, which at least has a touch of old-world charm and the aroma of good coffee. And chairs.