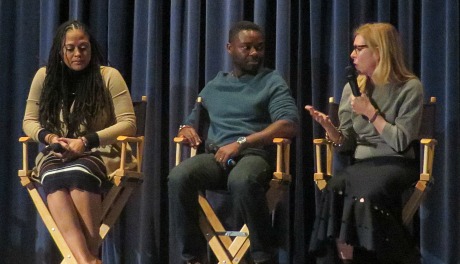 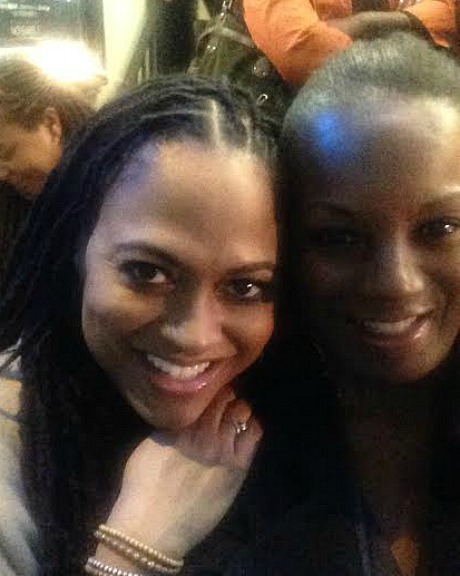 Three or four days ago an especially malicious form of adware got into my Macbook Air. Before I knew it pages for Mackeeper kept popping up out of nowhere and strange ads were occupying the spaces of regular ads on the HE home page. [See below] It seemed wiser not to download just any adware-blocking or adware-expunging software unless it was recommended by a trusted source, so I decided to start with Apple tech support. Two of the tech guys I spoke with (out of a total of five) were “helpful” and conscientious as far as it went, but the adware still remained. I asked each one if they could recommend any particular adware-destroying software, but they said they didn’t know of any or couldn’t say, etc. Thanks, fellas! Yesterday afternoon I went down to the Mac store at the Grove and asked a Genius Bar guy, and he said no problem — we just have to download and install Adware Medic, which he promptly did. The adware fungus was erased and out of my Macbook Air ten minutes later. Thank you very much, Apple tech support, for keeping mum about Adware Medic despite my repeated pleas. 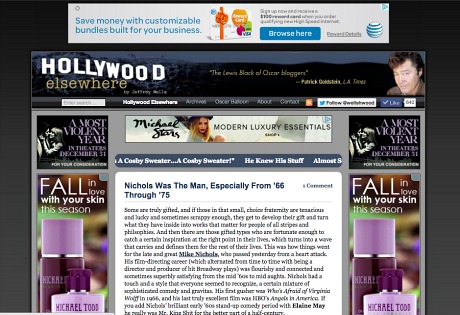 What happened to the idea of the studios sending out Bluray along with DVD screeners? Or at least as options that a recipient can choose in advance? There’s nothing lacking about the Ida screener — it looks wonderful on my 60″ Samsung plasma. But high-def versions of films new and old are increasingly common these days via the VOD streaming options, and we’re all getting used to high-def resolutions so why not send out Blurays? It’s not as if creating or pressing Blurays is a more expensive process. 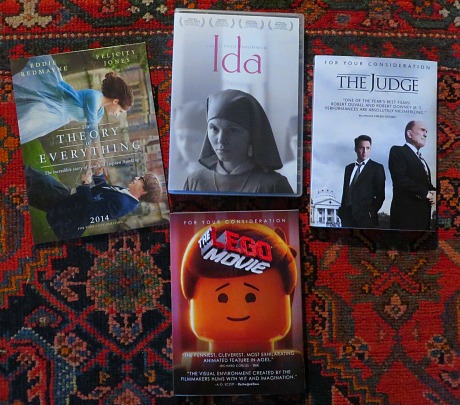 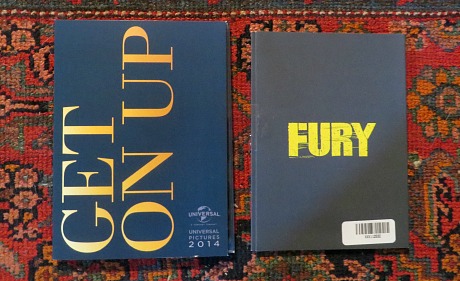 8 Comments
21st Century Hero, And Not Everybody Gets That

David Poland (@DavidPoland) tweeting the night before last to A.J. Schnack (@ajschnack) about the chances of Laura Poitras‘s Citizenfour to win the Best Feature-Length Documentary Oscar, or at least be voted one of the five nominees: “Doc branch isn’t shy about issues [so] CitizenFour is about 95% likely to be nominated. But it’s about 10% likely to win. Full Academy doesn’t like issues.”

Yes, I know — they like to feel emotionally stirred. Which is why Rory Kennedy‘s Last Days in Vietnam, which is about a few Americans risking the well-being of their careers in order to help their South Vietnamese friends escape retribution from the North Vietnamese just before the fall of Saigon. And yet some of us feel quite emotional — I think the word is actually “scared” — about the NSA having set up a vast domestic monitoring mechanism that will allow a “bad” government, should one ever be elected, to mess with people like George Orwell never imagined. Citizenfour is about a stand-up guy who went through a lot of grief in order to point this out and say to his countrymen and to the world, “Do you guys understand what’s happened here?” And Citizenfour caught this dramatic decision live, as it happened. 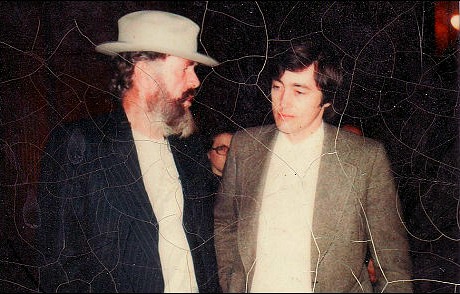 Fledgling journo with the great Sterling Hayden on the Manhattan (i.e, Plaza Hotel) set of Frank Pierson’s King of the Gypsies, sometime in the fall of ’77 or thereabouts — my very first movie-set interview. 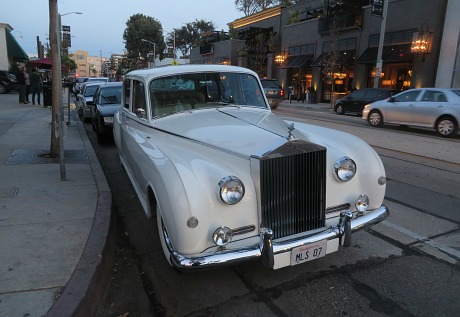 South side of Melrose between Westmount and Westbourne, roughly a week ago. 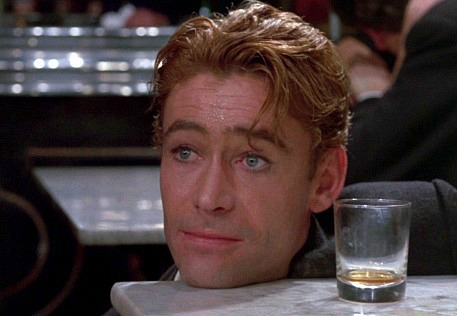 One of the really glorious things about being relatively young is the vibrant color of your hair. The color of Peter O’Toole’s hair in What’s New, Pussycat was an almost heavenly nut brown, robust and gleaming. The color had all but disappeared by the time I interviewed O’Toole 15 years later (for GQ, about his role in The Stunt Man) at his home in Hampstead Heath. 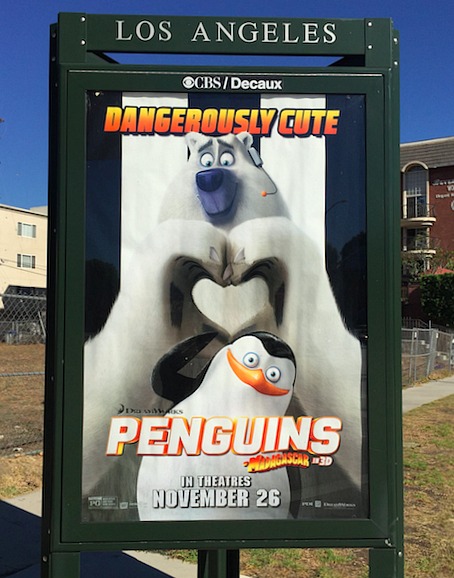 It’s not so much “dangerously” cute as odiously or corporately cute in a typically calculating, premeditated way…no?
(More…)
November 21, 2014 1:45 pmby Jeffrey Wells
1 Comment
A Coupla New York Guys React To The Gambler

Manhattan Wise Guy #1: “Finally saw The Gambler and it wasn’t as bad as everyone has been saying. Aside from the upbeat ending, of course, which blows. Saw N.Y. Post critic Lou Lumenick at the screening. He was wearing one of the most exhilarating sweaters of this century.” Manhattan Wise Guy #2: “What a dog. Loved John Goodman and Michael K. Williams but I thought it was dreadfully written. And I’d just re-watched the original and thought it hadn’t aged well.”

5 Comments
A Little Longer Than You Should

A little while ago I got into a polite back-and-forth with a friend about the qualitative differences between J.C. Chandor‘s A Most Violent Year and Ava Duvernay‘s Selma, which I saw again last night. I found myself responding a bit more supportively to Selma — it went up slightly on my rate-o-meter — but even its best scenes don’t approach the quality of this art-of-the-sell clip. THere’s nothing in Selma that’s as well-written or interesting or mesmerizing, really, as this. This scene is on a whole ‘nother level, particularly due to Oscar Isaac‘s Buddhist Zen calm. The way those 20somethings stand still as statues and respond with the slightest of expressions except for the guy who smirks, and Isaac’s response to that. The vibes in this scene are world-class. This is Ricky Roma in Glengarry Glen Ross material. You can feel it.

An ex-girlfriend recently said on Facebook that she “loves” this four-month-old ASL Grease video by Paul and Tina Sirimarco. I watched it…okay, cool, I get it. Paul and Tina seem like nice, kindly, up-attitude people, and they seem more happy than most couples I know. But who listens to “You’re The One That I Want” while driving? I’ll tell you who. People who go to see stage revivals of Grease and Chicago when they visit New York City once every five or ten years, that’s who. People who are unfailingly kind and sensitive and polite, and who wouldn’t mind being a little famous and maybe trading in on that and (who knows?) moving into a bigger, roomier home one day, and maybe vacationing in Cancun or Monte Carlo or Orlando Disney World if fortune permits. People who might have seen Gone Girl but focused only on the plot (as opposed to the actual substance of that David Fincher film) and were kind of bummed by the downbeat ending. People who would probably look at me blankly if I asked them what they thought of Birdman, Citizen Four, Boyhood, A Most Wanted Man, The Babadook, Locke, Nightcrawler, The Drop, etc.