I’m not quite as enthralled by Mike Nichols and Steven Soderbergh‘s DVD discussion about Who’s Afraid of Virginia Wolff (’66) as their Catch 22 DVD commentary, but it’s still damn good. Nichols did and knew so much…everyone, everything. 60-plus years of being right smack in the middle of da coolness, da coolness being himself. Nichols’ schwing might have had something to do with “starting out your life by having to avoid being murdered,” Aaron Sorkin says in the Hollywood Reporter tribute issue. “He was seven years old when he put an ocean between himself and Nazis. It’s hard — impossible — to sum up Mike Nichols in a short space, but in his memory I’ll try to make a hard thing simple. He was the most talented person I’ve ever known. He was also the kindest. And we’ll never see his equal.”

When Citizenfour was first being screened in late September the emailed invitations said that screeners definitely wouldn’t be sent out. So either (a) they changed their minds or (b) this was a push to get people to see it in screening rooms and theaters. It came in a package with other Radius screeners including Bong Joon Ho‘s Snowpiercer, Charlie McDowell‘s The One I Love and Margaret Brown‘s The Great Invisible. It’s also delightful, of course, to be able to watch Birdman whenever and wherever. It’s nice, also, to have Mike Binder and Kevin Costner‘s Black or White on the shelf. 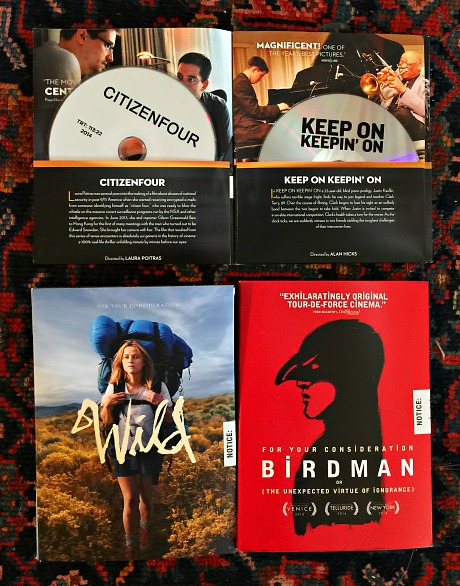 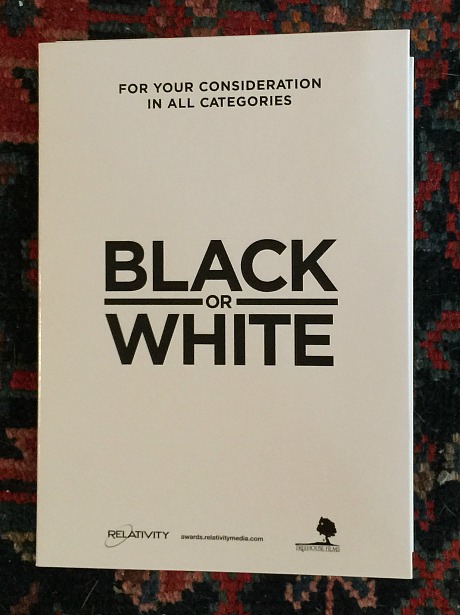 Every time I listen to The Velvet Underground & Nico‘s “banana” album I think of roaming around downtown Manhattan in pleasantly chilly weather. That brisk, bundle-up weather you get around Thanksgiving and Christmas. And the soothing holiday vibe that seems to permeate all people and places from now though New Year’s Eve. Yes, from listening to Lou Reed sing about a Lower East Side girl drifting into prostitution. I would sooner listen to this than “O Come All Ye Faithful” any day of the week. You know what’s also great? Letting Spotify take you on a Lou Reed trip that lasts for hours and hours.

A recent Hollywood Reporter FYC trade ad for Dan Gilroy‘s Nightcrawler uses a misleading photo of Best Actor contender Jake Gyllenhaal, who plays a personable if sociopathic video-shooter named Lou. Jake looks a little Phantom of the Opera-ish, like a fiendish John Carradine on the campaign trail, but that’s not what he projects in the film. Lou’s vibe is open, eager, ultra-polite and all but inhuman. The second shot is his trademark expression, which is all about projecting “empathy” and “sincerity.” 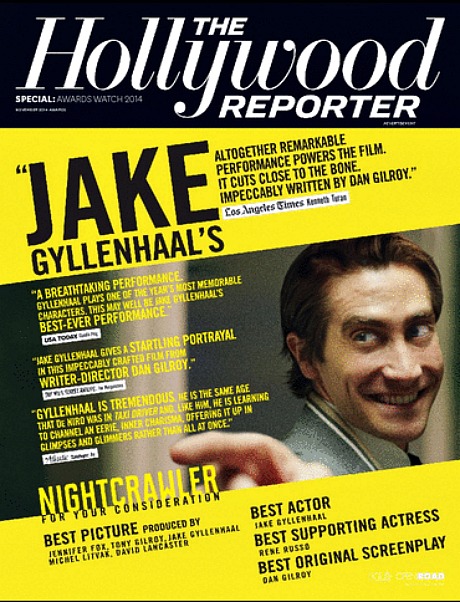 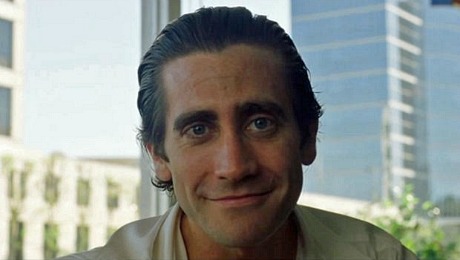 Last week I did hotel-room quickies with A Most Violent Year director-writer J.C. Chandor and star Oscar Isaac. Chandor explained that the title doesn’t refer to a general New York City impression that 1981 was a very violent year across the board (although it was). It means that it was a most violent year in the view of lead characters Abel and Anna Morales (Isaac, Jessica Chastain), a married couple trying to protect a heating oil business from truck thieves while securing a loan for an advantageous property purchase. But even the film’s Wiki page doesn’t quite get it. It calls it “a crime thriller” when it’s really a crime drama. It’s punctuated with action, threats, tension and uncertainty, but I wouldn’t call it a “thriller.” A Most Violent Year may not make you want to hug your children, but there are other significant criteria in determining a film’s final worth. It’s easily among the year’s ten best. Again, the Chandor and Isaac mp3s. 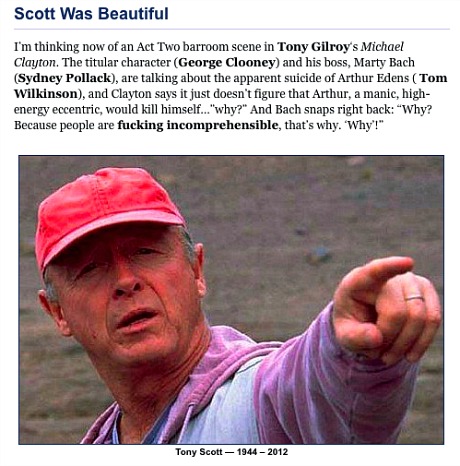 107 Comments
How Deep Down Is This?

I’ve watched ABC News anchor George Stephanopoulos cover the basics with Darren Wilson, the Ferguson cop who shot and killed Michael Brown last August. In self-defense, Wilson claims. Brown was a huge, raging “Hulk Hogan,” Wilson says. Brown would have taken him out, he believes, if he hadn’t stopped him. I didn’t spot any “tells” in Wilson’s answers but you tell me. He seems decent enough, hardly a fiend. The view of the protesters, I gather, is that he’s not decent enough, that he’s lying on some level, that he didn’t have to kill. All along I’ve bought into the suspicion that Brown fired wildly, unprofessionally, from panic. Now I’m thinking maybe not. I’m not supposed to entertain such thoughts, I realize. I also understand that the liquor store video is thought to be prejudicial on some level. Kidding. Here’s Piers Morgan’s response.